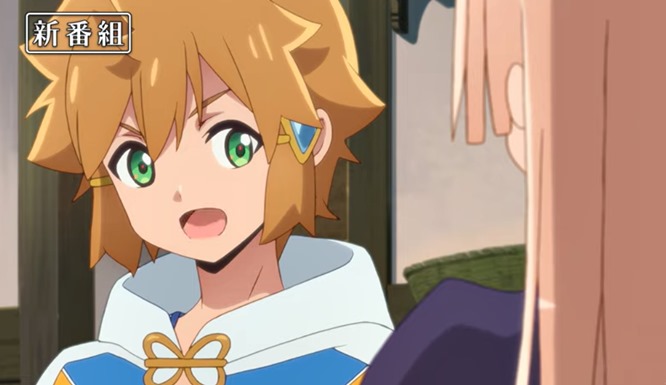 Why does anyone doubt themself when he/she is more capable than others? Well, that could be for many reasons and, once the person recognizes his/her true image, he/she is better than anyone else. Llyod Belladonna is one such character but, who exactly is he? From which anime does he come from? Well, you might have many doubts but, don’t worry and read this article further to get the required information.

What Anime Is Llyod From?

Llyod Belladonna is the main protagonist of the anime series “Suppose a Kid From The Last Dungeon Boonies Moved To A Starter Town”, who thinks that he is a timid person but, is not. Also known as “Tatoeba Last Dungeon Mae no Mura Non Shounen Ga Joban No Machi De Kurasu Youna Monogatari”, this is a Japanese anime series that is based on the Manga series of the same name.

The series follows a village boy, Llyod Belladonna, who is a very polite, gentle, and kind-hearted person from the town Kunlun and relocates to the city to become a soldier. Despite all the good things in him, he always keeps a fear on himself that he can’t do things properly and is weak. He soon got to know about his real and true image. His character is voiced by Yumiri Hanamori and Erica Schroeder.

What Are The Abilities And Qualities Of Llyod?

Although Llyod always checks on himself and has a fear problem, he is very smart and talented. He has many abilities, powers, and qualities that separate him from the rest of the world. His physical appearance gives him one of the best personalities if we talk about his power, stamina, and muscles. He can run for long distances in some time without getting tired plus, his fighting spirit also stays on the top. His magic abilities also give him a unique talent. It became evident from the fact that he put the holy sword out from a stone when no one could able to put it out.

He is mostly a caring person and always comes in first place in protecting his family and friends. Despite having all the master abilities and strength and being an excellent person in martial arts, he is a very skilled and amazing chef too. He is considered the number one cook in his village. He has amazed and shocked everyone with his cooking style.

What Are The Weaknesses Of Llyod?

As it has been told earlier that Llyod is an introverted kind of person, he always doubts himself. Although everyone praised him for his kind nature, behaviour, and abilities he perceives, he considered himself a weak person than anyone else. Other than this, he lacks common sense too, yet is intelligent. He also does not perceive giant monsters and creatures like any other do. He always questions his abilities and strength and, lacks confidence.

Written by Deko Akao and directed by Migmi, the anime ran from January 4, 2021, to March 22, 2021. As it has gained positive reviews and ratings from the audience and is liked by many, the audience is thinking, if there will be season 2 of the series or not. According to the reports till now, there has been no confirmation or news about the same. As the manga series has a lot of source material to cover, the possibility of season 2 is on high rates. But, the audience has to wait for some time more for an official announcement.

Where To Watch Suppose a Kid From The Last Dungeon Boonies Moved To A Starter Town?

The anime series is available to stream on AT-X, Tokyo MX, BS11, AbemaTV, and SUN. Plus, all the episodes of available to watch for free on the Muse Asia YouTube channel.

MUST READ: Lelouch Lamperouge Vs Goku: Who Is Better?