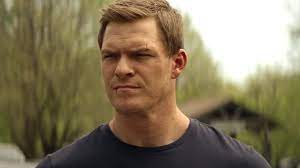 Reacher is the latest action and thriller series on Amazon Prime Video. The ongoing series is based on the Jack Reacher Novel series. In the series, Actor Alan Ritchson is playing the lead role of former US military man Jack Reacher. He gets arrested for a false murder charge during his visit to Mangrove. After his release, Reacher and his team investigate something big in the town. The series also stars Malcolm Goodwin, Willa Fitzgerald, Chrisn Webster, Brucee McGill, and Maria Sten as main characters along with Alan.

Those who are watching this latest series of Nick Santora enjoying it a lot and want to witness more such content. there are various shows and series you will find in the industry on the crime drama, action, and thrill. So, here are 15 shows like Reacher that you must watch.

Jan Ryan is also a crime drama, thriller, and action series like Reacher. In the series, Jack Ryan is a CIA officer who is on a dangerous mission against terrorism. He finds some important clues about the enemies and directs himself towards the clue. Ryan is shown as a dedicated officer who always helps those in need just like Jack Reacher. In both the series, you can witness action and thrill. John Krasinski’s Jack Ryan is also available on Amazon Prime Video like Reacher.

Steve Lightfoot’s The Punisher is another crime drama and action series, you will love to watch. The series is full of suspense and conspiracy. The Punisher, starring Jon Bernthal as Frank Castle also has a military background like Jack Reacher. He is on a mission to find out and punish the killer of his family. In season 2, Castle is on another mission of revealing a conspiracy. Marvel’s series’ The Punisher is available on Netflix for viewers.

The story of the TV series Dogs of Berlin takes you to a Germany where a gang war is on between Turks and Neo Nazis. Amid this famous German footballer, Orkan Erdem is killed. The two protagonists Kurt Grimmer and Erol Birkan who comes from different background investigate the case. However, the investigation open ups various secrets to them and poses some crucial challenges in front of them. You can watch this crime drama series on Netflix.

Banshee is another series full of action. It is the story of an ex-con named Lucas Hood who is released from jail after 15 years after the allegation of stealing a $15 million’s diamond. After his release, he moves to the village Banshee where you can witness lots of drama and action. All the seasons of Banshee are available on Amazon Prime.

Jessica Jones is a superpower and crime drama series. There are three seasons of this series. Jessica Jones is the main character of a series who has some superpowers and a superhero career. But something in her life forced her to become a private investigator. However, her past life doesn’t leave her and haunt her. There is a lot to experience in this thriller series on Netflix.

Gangs of London is another action-packed movie you can enjoy. It is the fight for power in the city of London. The biggest criminal in London Finn Wallace was killed but his killers were not known to anyone. His death started a new fight for power in the city. In this situation, Wallace’s son Sean has to get back his father’s position amid the challenges and dander posed by enemies in the city and internationally. You can watch Gangs of London on Amazon Prime.

FOR YOU: 10 Shows Like El Marginal That You Will Enjoy!

The Following is popular TV series streamed on Fox Network. Starring Kevin Bacon, this series has 3 seasons. In the first season, Bacon as Ryan Hardy chases a serial killer Joe Carroll who has escaped from the prison. Hardy, who was earlier an FBI agent and Carroll knew each other very well. It made the story more exciting and thrilling. You can see so much suspense in this series. Although it is very different from Reacher’s but The Following’s drama and suspense will be liked by you. This series is available on Amazon Prime Video. Viewers can watch it there.

Designated Survivor is a political drama and political conspiracy-based series. In the series, Thomas Kirkman becomes the president of the United States overnight after an explosion that killed everyone in the line of succession above him. The newly crowned president has so many challenges in front of him. He already has challenges to bring back the political stability in the state and manage all the upcoming challenges. You can watch this political thriller on Netflix.

Bosch is another crime drama and detective series. It is developed by Eric Overmyer and is based on Michael Connelly’s novel. The main character in the series is Harry Bosch who is a detective in Los Angeles. Starring Titus Welliver in the lead role, Bosch has seven seasons. The seasons are interconnected but also have some new stories. If you are a fan of thrilling crime series and detective series, then you must watch Bosch on Amazon Prime.

The Outsider is similar and different from Reacher. It is a crime drama and investigative series like Reacher. But it also has horror elements. The Outsider is also based on a novel like Reacher. It is based on Stephen King’s novel. Ralph Anderson, a detective investigates the case of the death of a child for which earlier a man was accused. But later, the accused was proved innocent and left. Ralph tries to solve this mystery and takes the help of Holly Gibney. However, the real villain in the story is not a human but a monster. The detective Ralph Anderson has to find the real villain and ways to fight with him because a monster is not as simple as fighting a human. This thrilling horror series streams on HBO Max. you can also watch it on Amazon Prime.

Neil Cross’ Luther is a well-known crime drama and thriller TV series. It stars Idris Elba as John Luther who is a detective inspector at Serious Crime Department. He comes across various criminal cases and solves them smartly. Luther is a dedicated professional. He is always ready to help people in need like Jack Reacher in the Reacher series. However, there is also danger in Luther’s life as someone is trying to kill him as well. Even after knowing this Luther continued to work. This series was originally aired on BBC. You can also watch it on Netflix.

MORE FOR YOU: 10 Shows Like Pentaverate That Are Must-Watch!

The shooter is another American crime, drama, and thriller series that fans of Reacher will love watching. Developed by John Hlavin, this series is based on Stephen Hunter’s novel Point of Impact.  This series is very similar to Reacher. In the series, a former Marine officer Bob Lee Swagger played by Ryan Phillippe is called for help to save the president from assassination. However, this mission made him an accused of the assassination of the president of Ukraine. Now, Bob has to clear his name from this murder charge and also find the real culprit who did this to him. This action-packed series is available on Netflix.

If you are enjoying watching Reacher, you will also like Justified. Like Reacher, Justified is also a crime drama, thriller, and action series. It is the story of Marshal Raylan, a US deputy who wants to give justice to people in any terms. His style of working is very debatable and unconventional. That is the reason, he did not just become an enemy of criminals but for US Marshal Services also he has become a big problem. In the 6 seasons of Justified, you will come across various cases that Raylan deals with in his own old-school ways. You can watch Justified on Netflix.

24 is a famous TV series that was released in 2001 and had a total of 8 seasons. Starring Kiefer Sutherland in the role of agent Jack Bauer, the series is full of action, thrill, and crime drama. The show streams 24 episodes in each season in which agent Bauer fight with his full efforts and ability to fail terrorists in their mission and save the nation every time from attacks. He comes across various cases of assassinations, conspiracies, and threats to the nation. But he manages to deal with every situation and come victorious. This crime series has also won various awards over the years. Now, also you can watch 24 on Hulu.

MORE FOR YOU: 20 Anime Like Jujutsu Kaisen That Are Much Interesting! 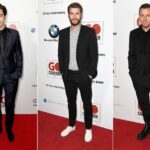 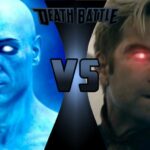