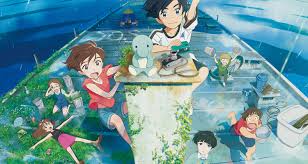 Hola peeps !!! finally, your wait is over Drifting home has come up with its release date. Drifting home is a Netflix anime film released by Studio Colorido. This Japanese anime film is directed and written by Hiroyashu Ishida with his co-writer Hayashi Mori. after release this drifting home will be the third movie of the Studio Colorido production. The plot of the movie revolves around two childhood friends (Kosuke and his friends)that drift into a mysterious sea alongside an entire housing complex. This movie will introduce six characters but as of now, there are only two characters revealed namely Kosuke and Natsume. This extraordinary film is going to attract a huge gathering of viewers. Hence to reveal the most awaited release date let’s dive into the article.

This mysterious Japanese anime film finally comes up with its release date. As per the data, this hilarious anime film centred on two childhood friends will come to Netflix on Friday, September 16 of this year. So mark your calendar and get ready to enjoy this awesome film released by Studio Colorido.

READ MORE: Is We Never Learn Season 3 Release Date On The Floors?

The sixth graders’ third featured anime film from Studio Colorido revolves around two childhood friends named Kosuke and Natsume. As they grow older they develop poppy love for each other. Since they don’t know how to react to each other they began to avoid each other. One summer day they decided to visit an apartment building set to be demolished. The place recalls many cherished memories from their youth spent together.  While exploring suddenly get caught in a strange phenomenon. After Kousuke, Natsume, and their friends open their eyes, they find themselves surrounded by an open sea, forcing the group of friends must somehow find their way home. They’re not sure if they’ll ever be able to return to their prior world. The film will follow Kosuke and Natsume’s friendship as they get older and drift apart. It appears that the two will be accompanied by two other boys and two other girls, but no information about their names, personalities, or tales has been released.

This third feature-length anime film from Studio Colorido is directed and written by Hiroyashu Ishida with his co-writer Hayashi Mori. The official voice casts are Mutsumi Tamura, Asami Seto, Daiki Yamashita, Yumiko Kobayashi, Inori Minase, and Kana Hanazawa. The anime’s six main characters are featured in the main picture, however, Netflix only put forward two main characters. The film will feature a young boy named Kosuke and a young girl titled Natsume, who are described as “friends from childhood, but the connection between the two sixth-graders seems strained as they constantly avoid one another” in the official plot. They rejoin at the same building where they grew up, but their casual get-together quickly develops into a far bigger adventure. The film will explore the friendship of  Natsume and Kosuke as they get older and drift apart.

The official trailer has yet to be released. However, according to the teaser, Kosuke and Natsume find themselves in the midst of an ocean, which gives the film an exciting tone. We get a preview of the risks and heart-wrenching situations that lie ahead of them throughout the teaser. After then, the movie depicts a group of friends aboard a floating apartment building as they try to figure out what’s going on and how to get back home. They’ll confront both human and supernatural challenges, with the teaser trailer implying that the skyscraper is slowly falling into the sea. Meanwhile, the characters in “Drifting Home” will have to gradually adjust to the increased duties and changes that will occur in their daily lives once fall arrives.

Where To Watch Drifting Home Online?

This third feature-length anime film is directed and written by Hiroyashu Ishida with his co-writer Hayashi Mori. The narrative’s plot In this anime film from the studio behind Penguin Highway, two young friends called Kosuke and Natsume in an apartment building slated to be demolished discover themselves, and the building, drifting in the centre of the ocean. You can enjoy this Drifting Home that will be available to stream on Netflix from September 16, 2022.

ALSO READ: What Happen To Each Homunculus in Fullmetal Alchemist? 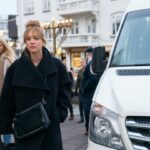