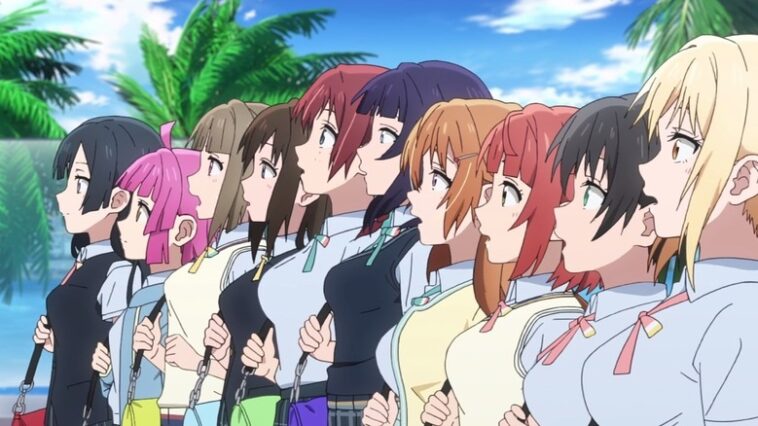 Nijigasaki Highschool is a school in Odaiba, Tokyo which is popular for its diverse majors and free environment. They support student clubs and activities in order to increase the students’ creativity. There are plenty of clubs and within them lies the school idol club. While having their afternoon tea in a park Ayumu Uehara and Yuu Takasaki witness the debut of the idol club and are hooked on enrolling. To their utter disappointment, they realise that the club is disbanded. Ayumu, the spontaneous one, refuses to give up and they both reach the conclusion of reopening the idol club and pitching people on joining them. They decide to bring in the former members and prepare for a performance as beautiful as the one which brought them to the club.

Takasaki became the group manager and composer and joined with other talented students. They take part in various activities and advertise their club with creative performances. After the success of the first season, the second season was released on April 2 with new characters and their well-made storyline and is currently on the list of popular recent anime and on everyone’s watchlist. Unlike the other love live series which are fueled by stakes, responsibility and mission type goals, what makes Nijigasaki high school idol club unique to the love live franchise is its free approach to the audience. It focuses on the girls’ view on what makes them want to be a school idol and what is a school idol. They are not exactly the typical idol group who work together for everything but a group of girls having the same dreams sticking together and advertising their solo selves while working together and competing with each other. The description of the anime and its aim instantly make you want to watch the anime for its authenticity.

Episode 9 titled “The Sky I Can’t Reach” will be released on 28th May 2022 at 6:30 pm IST, 9:00 am EST and 10:00 pm JST. It is expected that Shioriko will become the new member of the club as their newest 10th member. The School Idol Festival has started and we will be able to watch new performances by the group. For the record, Love Live Nijigasaki has the best performances, as expected of the Love Live series, so we are about to witness new masterpieces in the next episode.

The episode starts with Kaoruko’s (Shioriko’s sister) past when she quits being an idol and cries with Shioriko who is also sad. The Pre Festival performance starts but Shirioko doesn’t take part in it. Kaoruko, now a student teacher at Nijigasaki is not happy and confronts Shioriko regarding the reason for her decision. She asks her about the dream of becoming an idol. Shioriko replies by saying that she has lost interest in being an idol and wants to support and help her friends at the club. She wants to give up on her long loved dream. Idol Festival week starts and on the fourth day, Mia is seen sitting alone in the cafeteria eating tons of hamburgers. She gets caught by Rina and they have a conversation about her love for hamburgers.

Rina bribes Mia with free hamburger coupons to accompany her for watching the festival. Mia who was initially against the idea voluntarily accompanies Rina for the coupons. On the other hand, after watching the performance of the Shion school idol club Yuu, along with the other girls goes to see the photos of previous Shion school idols where she comes across Kaoruko sensei who is with her friends. She introduces her students to everyone and tells the girls about her idol days when she attended Shion High. She also talks about Shioriko’s dream of being an idol. Takasaki wants Shiorito to join her group and not give up on her dream. She talks to everyone in the group to add Shioriko but she rejects their offer. Being the ‘never give up’ group they are in, the girls discuss coming up with a plan to convince Shioriko to change her decision. They take Kaoruako’s help and Shioriko finally gives in and joins the group which is followed by her performance in front of her club members and her sister. 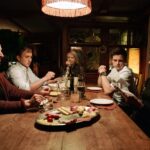