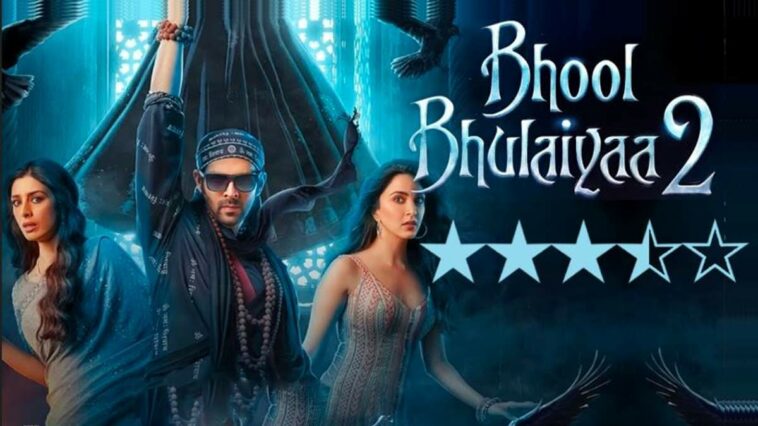 Bhool Bhoolaiya two is an Indian comedy horror film released on May 20, 2022, written by Aakash Kaushik and directed by Anees Bazmee. The film became a hot topic after its announcement because it is the sequel to the 2007 classic horror-comedy bhool bhoolaiya people have high regard for the prequel film so when the announcement of the sequel came out everyone was expecting something amazing like the prequel. But to their dismay, Akshay Kumar did not star in the sequel without the presence of the major star from the prequel fans got unsure of how well the new cast will be able to keep up with the sequel. The 2007 film left a great mark on people because it addressed sensitive issues like mental health which was not something Bollywood movies ever gave any thought to. With all the fuss about the new star cast, the film finally got released in theatres and to everyone’s surprise, it made a great opening. One of the reasons why this film did so well on its first day was because everyone was anticipating the release of the film to know what this sequel has to offer.

The film opens with a grand palace in Rajasthan, where a lady named Anjulika was performing a ritual after the ritual a spirit appears in the palace that attacks Anjulika and started dragging her toward a room. A doctrine then manages to capture the spirit within a room, after this incident Anjulika’s family leaves the palace for good. After 18 years later in the Kashmir valley, we get introduced to a character named Rohan who was travelling in a cable car, finds an abandoned bag and meets a girl named Reet who tells him that the bag belongs to her. Rohan tries to impress Reet with his special tricks but reet does not take any interest, Reet was to be married to a guy named Sagar but she was not ready for the marriage because she was studying medicine for the last four years and she did not want to waste everything for marriage.

Rohan persuades Reet to go to a music festival but after going to the music festival both of them miss their bus, when they return they get to know that the bus they were supposed to take has met with an accident, Reet calls her sister to tell her that she is alright. Reet’s sister could not hear her voice because of network issues but Reet hears that Her sister and her husband to be are in love with each other and she makes a plan that she will not contact her parents until her sister gets married. After this both Rohan and Reet go to the same haunted palace where Anjulika’s family used to live and from then on a series of supernatural events takes place.

So, overall this film is entertaining and fun to watch, and also it entertains you to the fullest.

READ MORE: Bhool Bhoolaiya New Vs Old: Which Is Better?

The prequel of the film was released on 12 October 2007 by t-series production the film has now returned with a sequel this year which was released on 20 May 2022, and the film has managed to do well at the box office. It has already made a 32.45 crore collection in its first week. It looks like the sequel has managed to impress the audience just like 2007 Bhool Bhoolaiya did with its comedy and jump scares.

Where To Watch Bhool Bhoolaiya Online?

The movie was recently released in theatres, so we won’t be getting the movie on any streaming platforms until later. The prequel of the film is streaming on Hotstar.

ALSO READ :Is Bhul Bhulaiya 2 A Remake? Here’s The Answer! 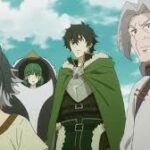