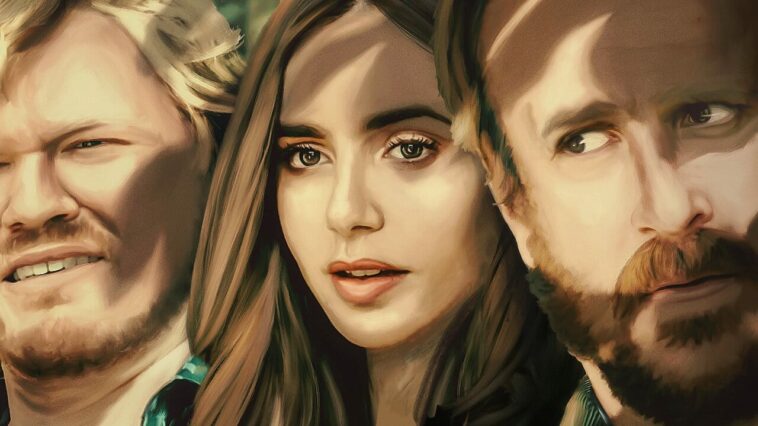 Every kidnap is a compromise. Windfall takes a unique take on kidnapping, emotional growth, and relationships. Directed by Charlie Mc Dowell (known for the comedy thriller ‘The One I Love’), Windfall takes a hostage situation and turns into a critique on the greed of both the perpetrator and the victim.

The screenplay was written by Justin Lader and Andrew Kevin Walker (Writer of Seven and Sleepy Hollow). The movie was released on March 18, 2022. The show received average or mixed reviews, but most critics agree that the cast has done a stellar job. On Rotten Tomatoes, the show received a 59% Tomatometer (critic review score) and a 38% audience score. On Metacritic, it received a 52/100 Metascore (critic review score) and a 4.7/10 user score.

Where To Watch Windfall Movie Online?

Windfall is available on Netflix and requires a Netflix subscription to watch. It has a run time of 1 hour 32 minutes. Windfall is under the genres ‘Social Issue Dramas’, ‘US Movies’ and ‘Crim Movies’ and Netflix describes it as ‘Offbeat, Provocative, and Dark’. It has a content rating of U/A 16+. It is available in 3 audio languages, English, English with Audio Description (for those with poor sight) and Hindi. It has only 1 subtitle language, English.

ALSO READ: Where To Watch Vampire In The Garden Anime Online?

When a wealthy and arrogant CEO/mogul and his wife arrive at their holiday home, they realise that it is in the process of being robbed. The CEO agrees to pay the robber money in exchange for him not calling the cops, but the robber, ‘Nobody’, locks them up in a sauna. When the robber returns to his car, he notices a camera capturing him. He goes back to the couple’s home and confronts them. In addition, the robber demands $500,000 in cash. The CEO phones his assistant, who informs him that the funds would be sent the next day.

Several discussions between the three reveal that the CEO and his wife have a troubled relationship, notwithstanding the CEO’s desire to start a family. The wife confesses to the robber that she is unhappy with her life, and he chides her, telling her to quit calling herself a victim for marrying a man for his money and being a gold digger.

The next day, the gardener arrives at the residence to begin work, with no idea that he has stumbled across a hostage situation; the robber threatens the CEO to remain silent on the matter. The gardener leads the group outdoors to discuss planting an oak tree with the CEO, during which the CEO takes the opportunity to slip a note to the gardener regarding the situation at hand. However, the robber notices this, and takes the gardener inside with him; both he and the CEO’s wife criticize the CEO for involving another person in the dangerous situation.

Disaster strikes a few hours later when the CEO gets into a fight with the robber and asks him to just shoot since he believes his life is meaningless. In response, the robber fires a warning shot. Amidst the chaos, the gardener tries to escape, and he falls through a glass door, impaling himself on a shard of glass that ends up killing him.

Finally, the cash arrives and is left outside the house. It is retrieved by the wife who while outside notices a passing car; she pointedly does not signal it for help or attempt an escape. The robber separates the CEO and his wife into separate rooms. He then admits to the CEO that he had been squatting at the house and how he wants to experience life as a wealthy person. He also tells a CEO of a secret he had discovered: despite the two apparently trying for a child, the wife has been using birth control tablets. During this time, the wife cuts herself free and uses a little statue to murder the robber. She also shoots her husband, places the gun in the hands of the robber, and flees the scene.

The robber, or ‘Nobody’, is played by Jason Segel, who is best known for his role as Marshall Erikson on How I Met Your Mother. The wife is played by Lily Collins, who also played Clary in the Mortal Instruments: City of Bones and the lead character Emily Cooper in Emily in Paris. Jesse Plemons plays the CEO and is also known for his roles as Jake on I’m Thinking Of Ending Things and Todd Alquist on Breaking Bad. 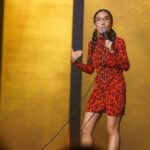