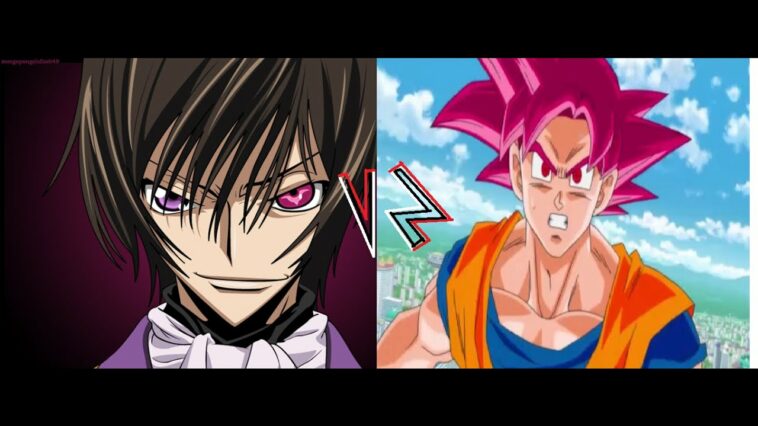 Lelouch Lamperouge and Goku are both considered geniuses when it comes to combat skills in the anime world. They have set benchmarks and standards for both anime creators and viewers. With their godlike character presence, they have proven to be a stepping stone and inspiration for many animes. They both have a huge fanbase, who are often fighting to prove who is stronger, and more powerful than the other. Here we’ll be giving you a possible answer to the question after hours of research. Before we start, let’s get to know our characters better, shall we?

Lelouch Lamperouge Or Lelouch vi Britannia is the leading character of the anime series. Lelouch has an emotional backstory. After witnessing the death of her mother Marianne vi Britannia, who was brutally murdered in the palace Nunnally vi Britannia (Lelouch’s sister) goes blind and loses the ability to walk. Unfazed, Their father Emperor Charles vi Britannia sends them to Japan. They witness Japan’s fall and Destruction and blame their father and Britannia for being the cause of it. Lelouch swears to destroy Britannia and restore peace to the world. One day on his way back from school Lelouch is caught by a rebel group where he meets C.C who saves his life and gives him the power of Geass. He uses the power to investigate the mystery behind his mother’s death. His former friend Suzaku Kururugi is framed for the murder he committed. Lelouch puts on a mask and names himself Zero to save Suzaku.

He publically introduces himself to the people to announce his power and existence. Cornelia li Britannia tries to lure Zero to Saitama Ghetto by publicly announcing the attack. C.C once again steps up to rescue Lelouch who barely escaped thanks to her help. He creates an Order Of The Black Nights to oppose Britannia. They engage in a battle with Britannia causing extreme damage and loss to the Britannia army. Euphemia li Britannia persuades Zero into joining hands, in order to bring peace and prosperity in Japan and succeeds. Lelouch unknowingly uses his power at Euphemia causing her to go berserk and commanding her forces to wipe out the Japanese. Zero terms Euphemia as the enemy and puts her down to stop the killing. He forms a Black rebellion to push the Britannia forces but fails terribly causing major damages and casualties reducing his manpower. Feeling betrayed after knowing Zero’s identity, Suzaku rejects Lelouches suggestion of rescuing Nunnally and arrests him. Suzaku brings him to Emperor Charles who wipes Lelouch’s memory. A year later Lelouch attended Babel tower as a student at Ashford Academy.

ALSO READ: What Are The Powers And Abilities of The Love Hashira Mitsuri Kanroji?

The Black Knights attack the tower and C.C returns Lelouches memories to him. He engages in another battle with Britannia to rescue Nunnally but fails. He finds Nunnally as the new viceroy and refuses to fight against her. He requests for the exile of Zoro in exchange for convincing one million Japanese citizens to become a  part of the special administrative zone. On the ceremony day, all the citizens show up in Zero’s costume forcing Suzaku to grant exile to all of them. They return to the Chinese federation where Lelouch focuses on forming alliances with the rest of the powerful nations. During the battle of Tokyo, Prince Schneizel el Britannia turns the core team against Zero. With the help of Suzaku and C.C Lelouch kills the Britannian emperor and empress emerging as the new power of Britannia. He puts an end to the oppressive system. Nunnally is against him and Lelouch questions his determination for the plan. Nevertheless, he overturns all the opposition. He secretly asks Suzaku to take Zero’s disguise and kill him publicly. This would make Lelouch take all the resentment, hate and blame from the people which was needed to make them believe that they were finally free after the evil king’s death.

This shows how superior and well-thought Lelouch’s plans were. He didn’t lack either power or brains and emerged to be one of the greatest leaders the anime world has ever seen.

An alien spaceship crashes on earth and Raditz emerges from the spaceship. He claims himself as Goku’s elder brother and a member of an extraterrestrial warrior race known as Saiyan. Saiyan’s job is to search for planets that will bring high prices on the galactic market. Goku was sent to eradicate lifeforms from the earth so Saiyans could sell them. Raditz wanted to check Goku’s progress but was surprised knowing Goku had no intention of doing so and had no knowledge whatsoever about his responsibility as a Saiyan. He captures Gohan (Goku’s son) to change Goku’s mind. Goku teams up with Piccolo to defeat Raditz. Goku holds his older brother to let Piccolo launch his special attack, beam cannon killing both Goku and Raditz and cutting through their chests. Although Raditz was defeated he informed them that two more Saiyan were on their way to get the dragon balls. In the afterlife, Goku runs through Snake Wade, a legendary path to study with King Kai, a legendary master to prepare himself for the upcoming battle.

READ MORE: What Are The Hidden Powers Of The Ackerman Clan?

Piccolo decides to train Gohan as she shows great potential during the fight with Raditz. Piccolo is both strict and gentle with Gohan almost like a fatherly figure. The Saiyans named Vegeta and Nappa arrives on earth as said by Raditz. They start destroying everything in sight. The Z fighters fought them. A lot of them lost their lives. Piccolo sacrifices himself in order to save Gohan’s life. Piccolo’s death means the disappearance of dragon balls. Meanwhile, Goku wishes himself back to life just before the dragon balls turn to stones. He fights Nappa and is on the winning side, injuring Napa with his blows. Vegeta kills Nappa and takes Goku Head-on. Yajirobe cuts Vegeta’s tail during the battle Gohan defeats Vegeta, who crawls into his spaceship. Goku goes to Piccolo’s world to use his dragon balls. Frieza of the Freiza force attacked Namekian villagers to show the location of the Dragon Balls. Goku defeats the ginyu force brought by Freiza.

The Namekian dragon agrees to fulfil three wishes. Piccolo is revived. Meanwhile, Z-Fighters fight Freiza but are at a loss. Goku arrives just in time and fights Freiza. In anger he ascends to super saiyan. He finishes Freiza off but couldn’t escape the exploding planet, namek. Goku allows Gohan to fight Cell. Cell tries to self destruct and Goku sends him to King kei’s planet which kills both him and King kei. One of Cell’s forms manages to survive and becomes the perfect cell which is destroyed by Gohan. Goki resurrects and returns to earth for his duel with Vegetta but it is interrupted by a wizard, Babidi. Babidi wants to bring his father back with fighter energy. Majin Buu (babidi’s father) is resurrected during the Goku and Majin Vegeta fight. Goku manages to take down buu.

These are all the insights revising the legendary and important battles in Dragon Ball Z. Although Goku might seem to be stupid he always reaches the right place at the right time and is extremely difficult to kill. His powers keep on growing and growing.

Lelouch Lamperouge Vs Goku: Who Is Better?

Lelouch is a smart, manipulative, ruthless, and very observant character. Goku proves to be exactly the polar opposite of Lelouch being free-spirited, pure of heart, extremely loyal and energetic. It is without a doubt that if they were to engage in a fist fight, Lelouch wouldn’t be able to survive it even in 100 years. He would be squashed like a grape by Goku’s bare punches. Whereas the outcome would differ to a great extent if their powers were to be allowed. For poor Goku, it would be cheating cause Lelouch’s Geass wouldn’t leave even a teensy bit of chance for Goku. Lelouch would instantly make eye contact and force Goku to defeat himself. The simple-minded boy will have no idea what happened. Poor Goku!

Where to Watch Code Geass?

Code Geass is available on Netflix and Hulu. Dragon Ball Z can be watched streaming on Hulu, Funimation and Crunchyroll.

ALSO READ: How Strong Is Rika Orimoto In Jujutsu Kaisen? 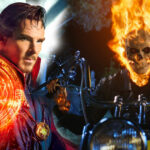 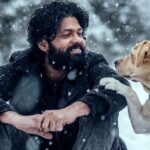