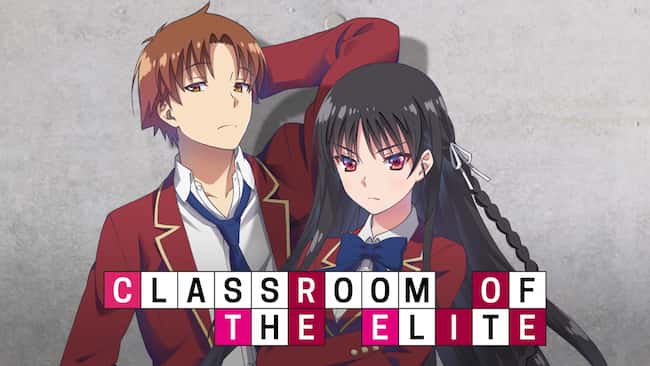 If you have watched the classroom of elites, you must have already known how powerful and smart Ayanokoji Kiyotaka is.

Ayanokoji Kiyotaka is a teenage student who enters a highly prestigious school where there is a merit-based system and allowances are awarded through points that can be used to purchase whatever they want or need. The school promises to provide the best results and places students in classes according to their results. Ayanokouji is placed in Class D, which consists of students with the lowest ranks. Ayanokouji prefers to stay lowkey but is used to convince three of their lowest-standing classmates to attend group studies. Suzune Horikita the classmate who gave him this job is smart but is placed in Class D solely because of her inability to work with others. Her ultimate goal is to leave Class D and join Class A by hook or by crook.

How Smart Is Ayanokoji Kiyotaka In Classroom Of The Elite?

Ayanokoji prefers talking to himself rather than doing so with people around him so he could hide his true intentions. Sakayanagi says Ayanokoji is an artificial genius not born as one but made. He scores 50 out of 100 on every test just to avoid extra attention. He refuses to apply for Class-A and student Council to keep away from extra work and have his freedom even when he is threatened to be expelled by Chabashira. He is highly unpredictable as sometimes even his monologues are lies, confusing viewers. No one can predict this guy’s future moves. He is weak in situations where emotions or situations out of books are in play. His intellect has been shown to surpass that of Kohei Katsuragi who is considered the second smartest in the year. Ayanokoji is brilliant in history and often quotes sayings by historical figures well known for their intelligence. He uses school rules to get ahold of previous question papers from seniors and even bribes his teachers into cancelling the expulsion of Ken Sudō.

READ MORE: How Strong Is Gojo Satoru In Jujutsu Kaisen?

Ayanoki always analyzes people and predicts their next move, emotion and attitude. He is a manipulator, often seen to successfully manipulate his classmates into doing his work. He makes good use of people and their skills. For example in the 6th episode when Ayanokoji gave the idea of a security camera to Horikita, he made his work done in secrecy highlighting Horikita as she appears to be powerful after the incident. His decisions are calculated. You’d probably never figure out his intentions before he reveals them. As mentioned earlier he’s a master of lies and hiding his motives. His poker face and do not care appearance is his advanced bluff to make people underestimate him and they let their guard down while he reads through their cards. He quickly reflects on his mistakes (quite rare at making them in the first place) and instantly improves them.

During the white room incident, a faculty made by Ayanokouji’s father, aiming to manufacture artificial geniuses Ayanokouji was the only successful product. As children struggled to adapt, Ayanokouji evolved. He made whit room interesting for himself whereas others struggled. He belonged to the 4th generation and the faculty made him a benchmark for the further generations. The students from the 5th generation worshipped him. His training made him realise to humans are nothing but tools which he needed for victory. Victory is his only goal and he would do anything to achieve it.

Lerche animation studio, the production in charge of the anime has announced a season 2 for Classroom of Elites which will be released in July 2022. As of now, the announcement is confirmed and after a long hiatus since the release of the first season, fans who almost forgot the plot of the anime will be blessed with a new season. Excitement is everywhere fans are anticipating a lot from this season, especially Ayanokoji’s mind games. Also if the plot sticks to the light novel series, we are highly likely to get romance and retribution as the main focus in the anime. During the release announcement of the second season, the studio also confirmed a third season which is possibly set to come out in 2023. The studio hasn’t decided the exact release date yet but fans are already jumping in joy hearing the news

Where To Watch Classroom Of Elite?

Classroom of the elite can be streamed on Netflix, and Crunchyroll. It can also be brought from Google Play and YouTube.