Now based on this popular TV series, Ishimori Productions, Cine Bazar, and Toei Co. Ltd had made a movie called- ‘Shin Kamen Rider.’ The teasers of the movie have already created a buzz among the viewers of this genre in Japan. If you are also one of those enthusiasts of Shin Kamen Rider and want to know about its release, you are in right place. Here are we to tell you the release, storyline, and cast of Shin Kamen Rider in Japan.

The teasers of Shin Kamen Rider have made it an awaiting movie in Japan. As the movie is based on the 70s superhero show, the makers are also expecting an adult as well as youth audience for the movie. However, its makers haven’t yet announced the actual date of release. But the movie will be officially released next year in March. So, Kamen lover you have to wait for 10 more months to watch the movie. Till then, enjoy continuously releasing short teasers and trailers of the Shin Kamen Rider.

However, before the mission begins, Takeshi manages to escape and initiate his one-man fight to save the world. The whole story revolves around this conflict between Takeshi and the enemies. The movie is going to fill with action, bike rides, superpowers, missions, and some aspects of Takeshi’s personal life.

The Shin Kamen’s makers are hitting hard on making it a big hit. That is why the talks about the film started one year before its release. Directed and written by Hideaki Anno, the Shin Kamen Rider movie has a small but impressive cast. The character of Takeshi Hongo, the bike rider and the superhero is played by Sosuke Ikematsu. Ikematsu is well known for his acting in various TV shows, movies, and theatres. He was last seen in 1921 and Yanagawa in 2021.

The female lead Ruriko is played by Minami Hamabe in the movie. The beautiful-eyed actress was popularly known for her movie ‘I will eat you Pancreas.’ Apart from these two, you can also see Tasuku Emoto, Shinya Tsukamoto, Toru Tezuka, and Suzuki Matsu in the Shin Kamen Rider. Apart from the acting cast, you will also enjoy the music of Taku Iwasaki in the movie.

Shin Kamen Rider’s makers are actively popularizing the release of the movie. They are continuously updating the audience about the upcoming movie. In this relay, they released various motion posters, teasers, and short trailers of the movie.

The short trailer and posters are released on Shin Kamen Rider’s official website. you can also watch the trailer on YouTube. The trailer has some aspects of Takeshi’s relationship with his love lady Ruriko. Secondly, some fight sequences and bike rides by Takeshi are also shown in the trailer.

Earlier in the poster, Sosuke Ikematsu was seen as the superhero. He was wearing the helmet and bike rider’s full costume. For a movie like Shin Kamen Rider, this level of promotion from the very beginning is necessary to reach out properly.

Where To Watch The Shin Kamen Rider Movie Online?

The Shin Kamen Rider is going to be distributed by Toei. Notably, there is more than 10 months’ time for the release of this thrilling superhero film. Hence, currently, the makers have not announced the digital release of the movie. The movie could be watched in theatres after its release in March 2023. Before the release of the movie, or after a few days of release, the makers may announce the platform for its digital release. To know about the online viewing of Shin Kamen Rider, you can also follow their official website. 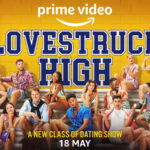 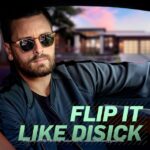