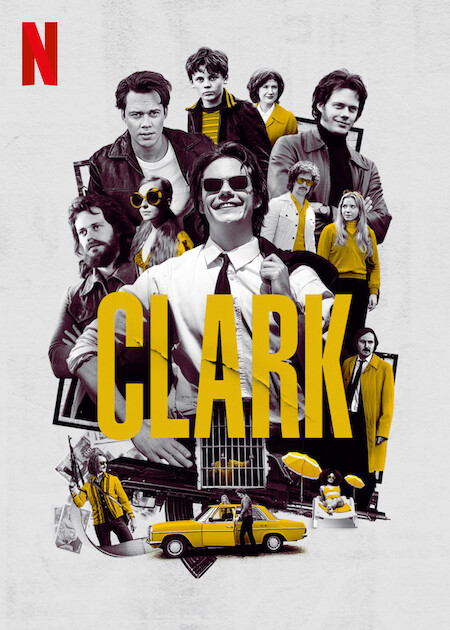 Clark is a show based on the real-life criminal Clark Olofsson, known for being charismatic and winning hearts wherever he goes; he even originated the term ‘Stockholm Syndrome’ due to managing to befriend his victims so thoroughly they refused to testify against him. The Swedish show stars Bill Skarsgård (Pennywise in IT, Zeitgeist in Deadpool 2) in the titular role, and was directed by Jonas Åkerlund; it has been praised for its balanced view of Clark Olofsson, neither glorifying him nor failing to recognise his more charming aspects.

The show premiered on Netflix on May 5, 2022. It has one season so far, containing 6 episodes each with a run time of around 50 minutes to an hour.

There is no official word on whether Clark will be receiving a second season. It’s certainly possible; there’s more left of his story to tell, from him assuming a new identity following his release from prison to getting himself on the Interpol’s most wanted list. He even got into an accident at sea after his boat crashed into a rock amidst a minor storm. There’s a lot to work with, content that’s practically made for the screen.

Unfortunately, in all likelihood, we will not be seeing these aspects of his life in a second season. Netflix released Clark as a ‘limited series, meaning that it has a planned ending and won’t be added to. Technically there’s always the possibility that it might receive a spin-off series or a follow-up movie, but that’s largely unprecedented for Netflix and extremely unlikely.

You may have heard of the term ‘Stockholm Syndrome’, which is used when referring to a victim that sympathises with and defends their abuser. The term originated from a bank robbery in Stockholm, Sweden in 1973. Jan-Erik Olsson, a convict on parole, attempted to rob the Kreditbanken (one of the largest banks in Sweden) and took 4 hostages when he failed. He negotiated the release of his friend, another convict named Clark Olofsson, to assist him. Together they held the hostages in the bank vaults for 6 days; during this time, Olofsson formed a connection with his hostages, and even protected them from Ollson, convincing him not to kill them. When the duo were finally caught, the victims not only refused to testify against their captors but also began raising money for their defence in court.

Clark surrounds the life of Clark Olofsson, and displays how his charisma and charm seemed to win everyone over, no matter how many crimes he committed. In fact, during his time, he was Sweden’s heartthrob despite (or perhaps because of) public knowledge of his misdemeanours and crimes. The content from the show is based on both reported news and on Clark Olofsson’s autobiography.

Clark is not for the faint of heart, liberal in its violence, gore, and nudity. The show actually opens with a scene of baby Clark emerging from his mother’s vagina in graphic detail. It’s also a show that’s very fast-paced; it occurs at a breakneck pace, with rapidly shifting scenes and constant frenetic energy, mirroring Clark’s own manic lifestyle. Admittedly, the style of the show isn’t for all; it does not linger on the people Clark meets, their emotions, and their relationship with him. It’s a very one-man show, which is reflective of Clark’s own narcissistic view of the world. The creators are clearly determined to film the show from his perspective as an unreliable narrator, and that may be an acquired taste for some viewers.

Bill Skarsgård plays the titular Clark; you may recognize the actor as Pennywise from IT, but his acting skills are diverse, and he is like a chameleon, capable of playing any role he takes to.

Tommy Lindstorm, the police detective attempting to capture Clark, is played by Vilhelm Blomgren (Pelle in Midsommar, Gösta from Gösta). Christoffer Nordenrot plays Jan-Erik Olsson, Clark’s partner in crime and the originator of the Kreditbanken robbery.

Alicia Agneson plays Kristen “Kicki” Enmark, one of the hostages especially known for asking the Swedish Prime Minister to not harm the hostages. In contrast, Alida Morberg plays Sussi Korsner, the one person who isn’t taken in by his charms and sees him for the criminal he is.

Where to Watch Clark Online?

Clark can be streamed on Netflix worldwide, including Netflix India. It is available in 3 audios: Swedish, English, and Swedish with Descriptive Audio (for those with poor sight). It’s also available with English and Swedish subtitles. 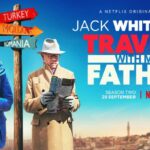 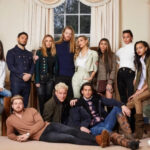