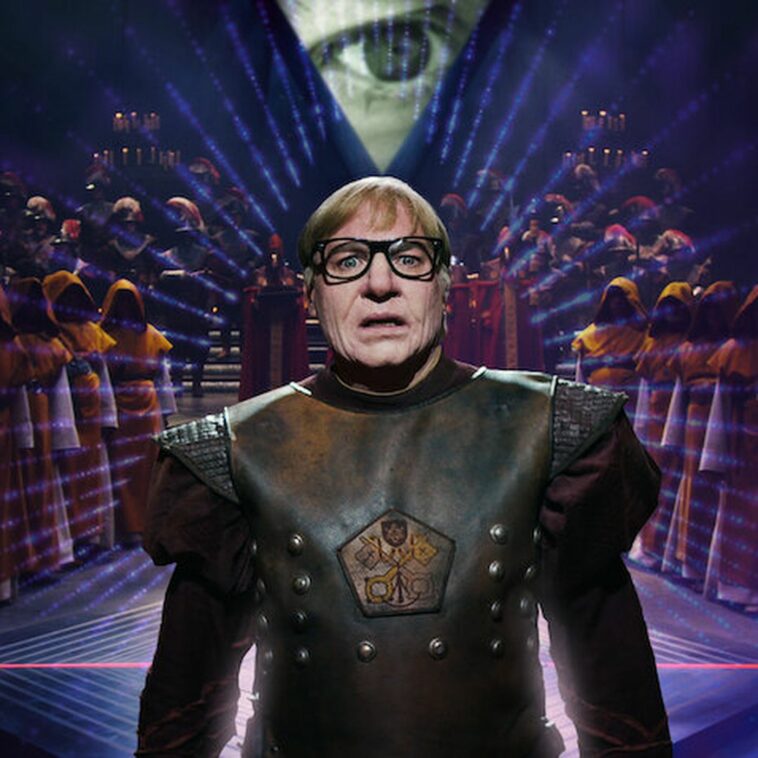 Mike Myers’ comedy streaming television serial The Pentaverate was made for Netflix. It’s based on conspiracy ideas discussed in Michael Myers’ 1993 film So I Married an Axe Murderer. The series has six episodes and premiered on May 5, 2022. It was directed by Tim Kirkby, who has directed episodes of other famous shows such as Brooklyn Nine-Nine, Grace & Frankie, and Man Seeking Woman and was also greatly involved in the success of the award-winning tragicomedy Fleabag, for which he directed the pilot episode.

As of yet, there’s no news on whether there will be a Season 2. Considering the critic ratings, with a 29% approval rating on Rotten Tomatoes and a 40/100 on Metacritic, some call into question whether Netflix will greenlight a second season. Netflix itself has been facing great losses, and may very well be looking to cut costs where they can.

Additionally, the creator and star of the show Mike Myers himself has been talking about a possible 4th Austin Powers movie. This could potentially coincide with the filming for The Pentaverate, so the fact that he’s considering it may indicate that the show will not be renewed for a second season.

If The Pentaverate did receive a second season, it would be no earlier than 2023. The show was ordered straight to series by Netflix in 2021 and it took a year for it to be released, so it tracks that should a second season be ordered this year, it will take until next year before viewers can get their hands on it.

ALSO READ: The G Word With Adam Conover Season 2 Release Date Is Out!

Ken Scarborough is a Canadian journalist on a mission to expose the Pentaverate and reclaim his career. Anthony Lansdowne is a conspiracy theorist from New England who is hell-bent on exposing the Pentaverate. Rex Smith is a well-known conspiracy theorist and far-right radio broadcaster. Lord Lordington is the oldest and highest-ranking member of the Pentaverate. Former Australian media mogul Bruce Baldwin. Mishu Ivanov is a past Russian Oligarch. Shep Gordon is a former rock ‘n’ roll manager. Jason Eccleston is a tech prodigy who created the MENTOR supercomputer for the Pentaverate.

And all eight of them are played by Mike Myers.

Pentaverate is, like every Mike Myers production, silly, over-the-top, and plain ol’ fun. For fans of Austin Powers, the show is a must-watch, as it fits the bill exactly. The plot surrounds five men, known as the Pentaverate, who have been part of a secret society since 1347, during the Black Plague, when they began to influence and control major world events for ‘the greater good.’ One Canadian journalist, Ken Scarborough, begins to unravel the mystery and hopes his work will win his job back.

Despite the serious-sounding plot, the show is full of the comedy of all kinds, with one particular moment taking viewers off guard: the appearance of Shrek, who Mike Myers voiced in the original films. The character is in an expressionless mask, no CGI or animation, and knocks out Big Foot. The absurdity and hilarity of the scene are exactly what you can expect from the rest of the show.

Another moment that caught fans off guard is the full-frontal uncensored nude view of Mike Myers himself. Yeah. It’s real.

Skip Cho, the casino mogul with in-depth and extensive knowledge of Edward Norton Lorenz’s theory of deterministic chaos of weather patterns, is played by Ken Jeong (Leslie Chow in The Hangover films and Ben Chang in Community).

Dr Hobart Clark, the Pentaverate’s newly recruited nuclear physicist tasked with solving the climate change crisis, is played by Keegan-Michael Key (Key of Key & Peele, guest star on Whose Line Is It Anyway?)

Where to Watch Pentaverate Online?

The Pentaverate is available on Netflix, with 6 episodes each running for about half an hour. On Netflix India, it is available in 3 audios: English, English with Audio Description (for those with poor sight), and Hindi. Subtitles are only available in English.

The show requires a Netflix subscription to access. It is not available on any other streaming services as it is a Netflix exclusive. 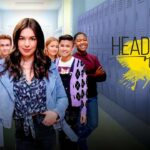 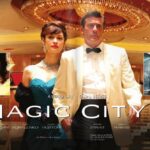