Movies about Royalty may not be very relatable to us, but watching a good binge-worthy movie about the lives of Kings and Queens gives us all the Royal feels, even if it is just for a few hours! There are numerous such movies streaming today on various OTT platforms, but here’s a list of the best 14 ones that are streaming on Netflix. Have a look!

Diana: In Her Own Words is a documentary about the life of Diana, the Princess of Wales. It takes you through all the aspects of her life including her personal life with Prince Charles, the struggles she faced after marriage and her fight with Bulimia. Produced by Kaboom Film and Television of the United Kingdom, the film includes recordings and footage of the late Princess Diana that was recorded by a voice coach in 1992. The documentary received mixed reviews from the viewers and the critics as it gives a deep insight into the princess’s life in a way that we haven’t seen before!

The Princess Bride is an American Fantasy and Rom-com Movie adapted by William Goldman from a novel of the same name. It is based on a story of a farmhand who is being accompanied by his companions to rescue Princess Buttercup,  a beautiful young lady who happens to be the love of his life. She is attacked by a band of thieves and in major trouble when he leaves to help her. But things take a turn when farmhand Westley is attacked by a Pirate on the sea. The most intriguing part about the film is its metafictional style. It begins with a grandfather narrating this story from a book to his sick grandson. Directed by Rob Reiner, The Princess Bride was released in 1987 and received some great reviews from critics as well as viewers. So many years later, it is still one of the best royal movies that people enjoy watching.

Directed by Tom Hooper and written by David Seidler, The King’s Speech is a British Drama Film based on King George VI. If you are someone who is curious in knowing more about Queen Elizabeth’s father, you should definitely consider watching this film. The film follows the life of King George VI as he tries to solve his stammering problem with the help of his speech therapist, Lionel Logue. We also see him dealing with his accession to the throne and his brother’s sudden abduction. This was a widely acclaimed film, praised not just for its incredible performances but also for its screenplay, art direction as well as creative visuals.

ALSO READ: 10 Shows Like Is It Cake That Is Must-Watch!

The Royal Treatment is a recently released film on Netflix. Falling under the genre of Romance, it stars Laura Morano as the lead. She is a manhattan hairdresser named Izzy who is mistakenly given an opportunity to work at a Royal wedding. However, when she is halfway through cutting the prince’s hair. The housekeeper comes and accidentally drops the tea. Upset at how the housekeeper is treated by the prince, she leaves the haircut midway. The next day we see Prince arriving at her Salon to finish the haircut and the two of them spend that night together. The Royal Treatment was the most-watched film of the week when it was released. It is a must-watch for its simple yet interesting plot.

Grace Of Monaco is a 2014 Biographical film starring Nicole Kidman in the titular role. Directed by Olivier Dahan, the film doesn’t only focus on the Royals. It focuses on a Hollywood star Grace’s marriage and identity crisis during a dispute between two Princes. She also gets an invitation to return to Hollywood several years later. Having a slightly different theme palette than other Royal movies, Grace of Monaco is a must-watch if you want an insight into the world of stardom.

NEXT-READ: Best Korean Dramas To Watch That Are Much Interesting!

Based on the life of Amanda Foreman, The Duchess is a historical drama film directed by Saul Dibb. Starring Keira Knightley as the young Georgiana, the film follows her life as she is asked to marry William Cavendish with the intention of giving them a male heir. However, when she gives birth to a baby girl, William is displeased. The story moves further with the couple having extramarital affairs leading to a lot of chaos. The overall plot is a little troublesome and sensitive but it settles well in the end. The film had received positive reviews from the viewers as well as the critics.

The King is a war film based on different plays from William Shakespeare’s Henriad. It follows the story of Henry V, the prince of wales. Following his father’s death, he has to rise as the King as well as navigate through politics, wars and the strings of his past life. The King was one of the most anticipated films of the year 2019 as it also premiered at 76th Venice International Film Festival. It was criticised for its inaccuracy from the original plays but it was well appreciated by the viewers. If you are someone who loves Literature or Subjective films, The King is a must-watch for you!

Based on the chaotic years of Victoria’s life and her marriage to Prince Albert, The Young Victoria is a period drama film directed by Jean-Marc Vallee. The film, for the most part, revolves around family politics as they try to influence her. A comptroller of the Duchess’s household tries to force her into signing a number of papers thereby declaring that it will give her and her mother the power if she accepts the throne as a minor. Starring Emily Blunt in the titular role, The Young Victoria is sure to impress you with its performances if not the plot!

Coming to the TV series, The Crown has to be one of the most popular series about the Royals. It portrays the life of Queen Elizabeth II and her wedding to Duke Philip. Consisting of four seasons in total, it depicts events from 1947 to 1990. Considering the vast timeline, the series is sure to cover all the aspects of her life. If you are curious to know more about the life of Queen Elizabeth, you should consider watching this series. According to the sources, The Crown will end after two more seasons which will cover the Queen’s reign.

The Royals is an American documentary series showing all the aspects of the British Royal Family. From arguments to weddings to pets, we get to see almost everything related to them. Created by Mark Schwahn, the interviews in the series gives us a good and deep insight into the “Royal” world and show us what it’s like to be a part of that world. The Royals has a total of 4 seasons streaming on Netflix, which stars various artists including William Moseley and Alexandra Park.

If you want to see the other side of the “Royal” world, The Windsors is the show to go! It does not give you an insight into what the Royals are like in real life, but it will show you how witty and absurd they can be. It is a comedy series that parodies the lives of the Royal Family and depicts them in a never-seen-before avatar! The Windsors is definitely one of the best series revolving around the Royals that you should not miss!

Based on the life of Mary, the Queen of Scots, Reign is a drama series revolving around the young Mary who has gone down in the books as a martyr but here, we get to see another side of her life. The series depicts her as a victim of fate who goes through turbulent times. What is interesting about this series is the fact that the makers haven’t restricted it to history books.  To spice things up a little bit, they have expanded the facts by involving romance, lust, family and politics.

Last but not the least, A Royal Night Out is a Sweet period drama based on the life of Princess Elizabeth as she takes one last opportunity to spend time with her sisters after World War 2. However, the sisters get separated and spend a troublesome night. Overall, the series offers a super interesting plot which is worth watching.

READ MORE: K Drama In June 2022 That Must Be Added To Your Wishlist! 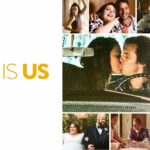 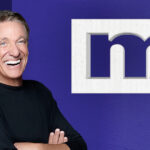