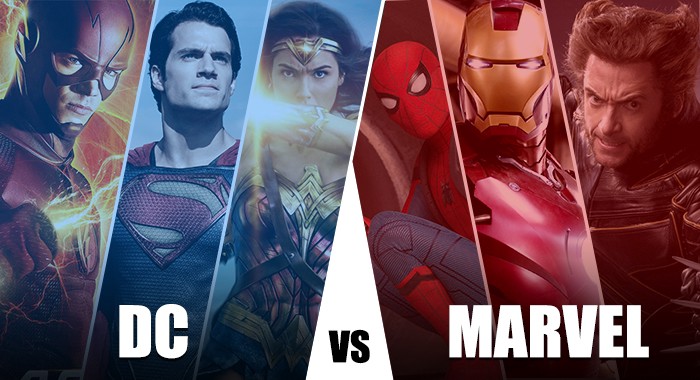 Marvel Comics has been one of the leading umbrellas that produced a thousand stories of superheroes belonging to the genre of science fiction. Whereas, Dc or the Digital Comics have been one of their rival production as they both tend to produce the same thing with the same target audience. Both the franchises have gained a massive fanbase who themselves are always on edge comparing one production to other. One of the top things that they generally tend to debate about is which agency copied the character of the other to illustrate their new work. Well in this specific article, let’s find out the characters that were produced by the Marvel comics but do have their roots somewhere in the soil of DC.

The Marvel Characters Copied From DC

Here are some Characters from Marvel that has a striking amount of similarity with that of DC, which made us believe that they are inspired by the DC characters.

Deathstroke was one of the oldest members of the DC comics as it was inaugurated in the 1980s, whereas Deadpool was first launched by Marvel almost a decade later of that. There have been certain similarities between them that made us believe that Deadpool is an adaptation of Deathstroke. The similarities include the names of the character being Wade Wilson and Slade Wilson, also the first part of their superhero name being Dead or pretty similar death, moreover, the colour scheme of their costume and the way they fight in attack and defence have been rather very much identical.

It was in 1960 that Elongated man made his entry into the world of Comics holding the hands of Dc, followed by Me. Fantastic within a year, who was launched by the Marvels. Named Ralph Dibny and Reed Richards, both were found to keep their superpower a secret and even were seen to have a very stable and happy marital relationship with their wife, coincidentally both of who actually share the first name of Sue. Although their techniques were different both had similar intentions. Hence we can conclude that Mr. Fantastic was inspired by Elongated Man.

Doctor Fate was a 1940’s creation of DC whereas it took a whole 23 years to illustrate the character of Doctor Strange in 1963. Aside from having the same title, they also shared a few other characteristics, which may include the fact that they both met with an accident while being at the top of their career and were later trained to use their genius ideas to save the citizens of their country. Their physician appearances also prove the fact that Doct Strange, despite gaining more popularity till today was made by getting inspired by DC’s Doctor Fate.

ALSO READ: How Many Batman Movies Will Be There? Know It Here!

Big Brada first appeared in the pages of DC comics in 1971, followed by 4 more years, in 1975, Gamora hit the Marvel Comics. Initially looking at both of them, one may not find any physical similarities, but certain characteristics distinguished both of them to be pretty similar to each other. They both have been depicted to be very strong warriors and courageous as much as any male characters if not more, they also share the history of belonging to the homeland of Darkseid and Thanos respectively, and thus create a similar significance which made us believe that Gamora was somehow a character inspired from Big Brada.

DC launched Darkseid in 1970 as the iron fist ruler of Apokolips, a dark and bloody planet, and was shown in more of a negative shade throughout the comics. Three years after it, Marvel introduced the character called Thanos who was the forceful galactic leader with significant intentions of being the bad power of the universe, establishing themselves over the humans, and were shown the fate of facing their loss by the superheroes that both franchises produced, hence proving that Thanos’s consequences to appear pretty close to that of Darkseid and they both shared a similar physical appearance with an eminent purple head.

Hulk which is to date one of the most celebrated characters of Marvel Comics launched in the year 1962 was actually an adaption from the character called Grundy that DC illustrated almost two decades earlier. They both were found to be huge Green overly developed very strong personalities and both had faced fatal radiations that actually was one of the causes of death of Grundy. Despite having certain fundamental differences in them, they both were found to be portrayed as monsters with good morals.

READ MORE: Will Venom And Morbius Come Together?

Both Vision and Red Tornado hit the market comic in the same year of 1968, yet Vision being the one illustrated as well as launched later Red Tornado, it can be said that Marvel copied the character of Red Tornado to make Vision as they both share certain similarities like the fact that they both sentient androids with own superpowers, and both were created by the villains of the story even their marital life were more similar and both had two kids and even the way they both were illustrated despite wearing different coloured costumes, the only thing that was different in them was their abilities to be in war.

Brainiac was one f the most significant villains that were ever produced by the DC comics. He was the negative shade against Superman and was launched in 1958 whereas after a decade of that Marvel produced its supervillain called Ultron, both seemed to be exceptionally excelled in their technical abilities, very powerfully portraying the bad side of the entire story and showing off their super abilities being a huge challenge to the superheroes. They also seem to have similar self-confidence as they always thought themselves over humans and dreamt of ruling on them or ruining them and were proved wrong by the good powers of the universe. Hence, one may conclude that Ultron was actually very much an adaptation of Brainiac.

Atom was first launched by Dc Comics in 1961, and it was just a span of one year after which Marvel Comics put out their brand new illustrated superhero called Ant-Man. Throughout all these years both played significant roles in their different sectors but were tend to show similar characteristics. The significant similarity is the fact that these two were the only superly enabled heroes in the entire series, who had used the research they were doing to manipulate their size even before knowing about their shrinking technology, they both used that mechanism in themselves. Both Ray Palmer and Hank Pym were also shown to suffer problematic family life, and the change that happened in Ray when he found out his ex-wife dressed as a supervillain was one of the most striking parts of the entire character.

READ NEXT: How Many Iron Man Movies Will Be There?

Apart from all these nine characters that have been listed to be a copy of the characters of Dc Comics, there are a few more characters, that were launched after DC and showed pretty similarities in their characteristics. This may include Catwoman (1940) who was probably inspired by the existence of Black Cat (1979), Batman (1939) who might be an inspiration to Moon Knight (1975), Quicksilver (1964) who was probably Copied Flash (1940), Mockingbird (1971) which was an adaptation of Black Canary (1947).

There have been certain times that DC also did copy many characters being inspired by their abilities. This list may include some of the most prominent DC characters called Lobo (1983) was probably Copied Wolverine (1974), Zatanna (1964) took inspiration from the Scarlet Witch (1964), Red Lion (1981) was an adaptation of Black Panther (1966), Guardian ( 1942) did prove to be Copied Captain America (1941), Rocket Red (1987) took inspiration from the character called Iron Man (1968)and many more. It also proved the fact that both the franchises had been following each other’s work, appreciating them, and at the same time inspiring each other for the creation of new characters as well as stories.

Where To Watch Movies From Marvel And DC That Features These Characters?

All the character mentioned above is found as comics on the official pages called Marvels Unlimited, Dc kids, and many other sites for free. A certain number of movies have also been released on the characters mentioned here under the production of both the franchises. The Marvel movies are available majorly on Disney + Hotstar. They are also available on Netflix, Amazon Prime, Apple Tv, etc. The majority of Dc movies are found on HBO Max, along with other platforms like Amazon Prime, Itunes, Netflix, etc alongside their theatrical releases.

MUST-READ: Here’s A List Of 15 Marvel Characters Owned By Sony! 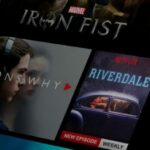 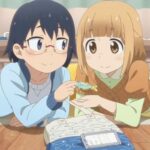