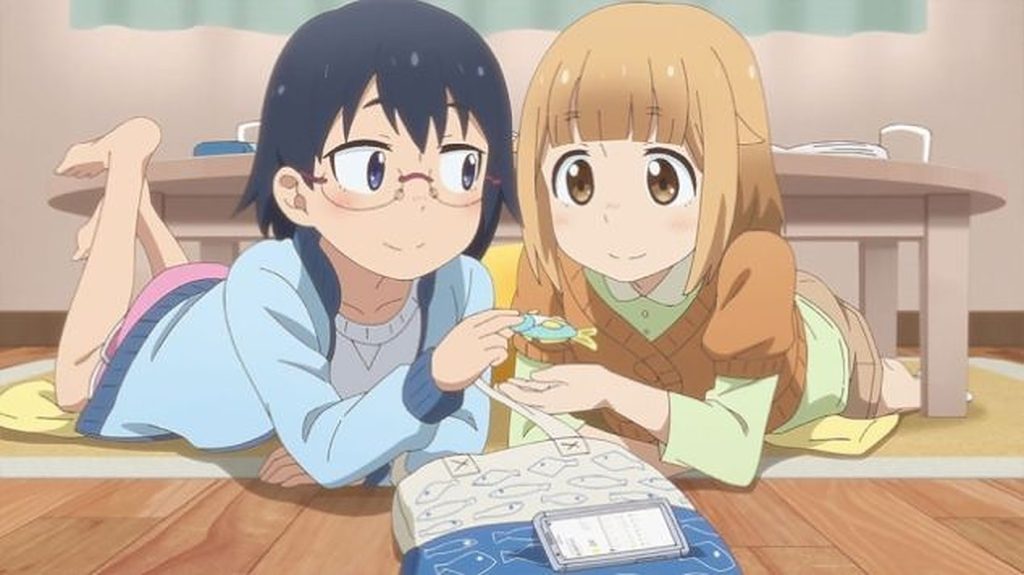 We are being served some great content when it comes to Anime lately. With exciting genres and unique plots, the makers are trying to adapt the manga series in a way that seems super intriguing to the viewers while also keeping it simple and relatable. Today, no matter what genre you enjoy watching, there are some of the other anime series fit for you to watch. One such anime that was recently released is Slow Loop. Slow Loop is a Japanese recreation of the fishing manga series by Maiko Uchino. Having a total of 12 episodes in the first season, it received some decent reviews as the theme set in this anime series is very similar to another slice-of-life anime “Laid-Back Camp”. The adaptation of Slow Loop was announced in December 2020 and the season premiered in Jan 2022. But will Slow Loop be back with another season anytime soon? Let’s find out!

Ever since Slow Loop Season 1 concluded, the question remains whether this anime will return with another season or not. The first season had got a great response from the anime-lovers but there still hasn’t been any official confirmation regarding the renewal of the series yet. The makers of this manga have also maintained silence about the same. However, on the other hand, the series has not been cancelled too. So there might be a possibility that Slow Loop will be back with a brand new season by the end of 2023!

This slice-of-life anime takes you through the life of an innocent young girl Hiyori, who has witnessed her father’s various activities but one activity that she has loved doing with him is Fishing. However, she has to face the sudden death of her father. Hiyori still goes fishing by the sea-side in her spare time and recalls the moments she spent with her father.

Three years later, her mother decides to remarry and arranges a dinner with her fiance and their families to celebrate. But Hiyori, feeling bored and anxious, escapes to her usual fishing spot. On arriving there she meets a rather enthusiastic girl Koharu. It is more than a coincidence that Koharu Minagi happens to be Hiyori’s future stepsister. Even though both of them are opposites (Hiyori is the quieter one and Koharu is the bubblier one), both soon become good friends. Koharu is often the one cooking when they go fly fishing as she is skilled in the art of cooking. They both chill and have a great time together. This is just the beginning of many beautiful moments that they will live together while enjoying this journey of sisterhood.

The parents of both daughters play an important role in the plot and so does Koi Yoshinaga, a classmate who happens to be Hiyori’s Kindergarten Best Friend and has her father involved in fishing too. We see both the girls go through tragedies, trying to adapt to their newly-joined families and help each other grieve the loss of their family members. The story is simply refreshing and will have you asking for more by the end of it.

The characters that we will likely see returning in Season 2 include Hiyori Minagi and Kuharu Minagi as stepsisters in the lead roles. Koi Yoshinaga, Aiko Ninomiya, Itchika Fukumoto, Kaede Miano and, Futaba Fukumoto as supporting characters. The voice behind these beautiful characters is given by various Japanese artists including Rin Kusumi, Natsumi Hioka, Tomomi Mineuchi and many more!

The final episode of Season 1 titled “Let’s Pick Some Out Together” concluded on a good note as we saw Kuharu Minagi and Hiyori finally be on good terms with each other after going through a rough patch. The makers have some great material for the sequel of this series as they can show both the sisters embarking on a new journey together. After the great fishing tournament, we will likely see them take higher steps professionally. However, the Slow Loop Season 2 Trailer is not out yet so we can only assume what will be served to us if and when the anime returns.