Everyone is a fan of the character Hulk, but a lot of people do not know that there is also a female Hulk character known as she-hulk. She-Hulk is a fictional character that appears in the Marvel comics. The character was created by Stan Lee and John Buscema. She first made her appearance in The Savage She-Hulk # 1, which was released in February 1980.  She-Hulk’s character is finally getting a tv series adaptation. Those who have not read the comics can get to know this character through the series. The series was created by Jessica Gao, entirely based on the comic character. The series will premiere on Disney Plus somewhere in June 2022, it will have 10 episodes, each running for 30 minutes. Fans are extremely excited to see the series after the massive success of Moon Knight. They have high expectations for this series. With all these expectations, they are curious to know more about this character. They have even started comparing She-Hulk and hulk and they have tonnes of questions that they want to know about. Read the entire article to know everything about She Hulk’s character.

Is She-Hulk Stronger Than Hulk

It’s not surprising that people have started comparing the two characters since it’s obvious that they are pretty similar or related to each other. For those of you who do not know much about her character, let us inform you that Jennifer Walters, or She-Hulk, is the cousin of Bruce Banner, or Hulk. She is the daughter of reality’s Thundra and the 616 Hulk. Hulk is one of the most powerful characters in the Marvel comics but so is his cousin Jennifer Walters. Hulk’s cousin Jennifer turned into Hulk through a blood transfusion with Bruce, whereas Hulk got his powers from gamma exposure. In terms of strength, Hulk is extremely strong, and he can lift up to 150 billion tonnes.

He can also punch time and manipulate it. In the form of World Breaker Hulk, he can punch a planet as well as destroy it. Bruce’s strength depends on his anger level. He can go above and beyond. Meanwhile, She hulk can lift up to 75 tonnes and her strength’s uppermost limit is still unknown but she can go beyond that. She can jump from 600 feet. Her strength also depends on her anger level. She can lift up to 100 tonnes if she gets angry. Jennifer is strong but nowhere close to her cousin. Hulk is unquestionably stronger than She-Hulk in every way.

ALSO READ:  Will Shang Chi Be In Multiverse Of Madness?

Jennifer meets her cousin Bruce Banner after years Jennifer asks her where he has been all these years, and Bruce tells her that he is in trouble because the military and police are after him. Bruce shares his secret about him being  Hulk. Jennifer tells Bruce that this is not the right place to discuss these things they should go home and talk. In the meantime, some criminals were following them to kill Jennifer without the knowledge of Jennifer and Bruce. The criminals shoot Jennifer from behind, and Bruce then diverts the criminals by spraying water at them and takes Jennifer inside the house. The criminals fail to kill Jennifer, and they return. Bruce takes Jennifer to the doctor. Bruce breaks the door of the doctor’s house and attempts to save Jennifer, but she was losing too much blood. Bruce donates his blood to her life even though he was well aware that after getting blood she would also transform into a hulk. From then on, the journey of Jennifer as she hulk begins as she tackles many problems.

Where To Watch She-Hulk?

She-Hulk will stream on Disney Plus, but the series has not been released yet. Viewers have to wait until June to watch the series. 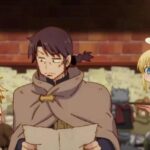