Japanese anime is adored by fans all over the world, and why wouldn’t they be, given the extraordinary talent of Japanese anime studios in bringing the characters to life. Even though anime series is extremely popular, there might be still a few people who are still not familiar with the term. Anime is Japanese animation, but in Japan, the term has been shortened to “anime”. Any animation that is produced within Japan is known as “anime.” Anime is mostly based on any sort of manga or light novel. Anime, the term, must have given you the idea that this is just something for kids, but on the contrary, most Japanese anime is not targeted towards kids, but there are also those anime which are safe for kids to access. Anime in general also comes with age limits and PG because not every anime is for kids. People from every age group can enjoy watching every kind of anime series because there is no age limit as to who should and who should not watch it. In the west, people as old as fifty also enjoy watching anime series during the weekends, and that is normal.

Why Anime Are Banned In India?

Anime is loved all around the world, but Indian society is still not ready for it. That does not change the fact that India has a huge anime fanbase just like any other country, and in the past few years, anime has become a trend, with every teenager enjoying watching Japanese anime series in their free time. One of the reasons anime is banned in India is that the censor board believes that the content created for the Japanese audience is extremely inappropriate for Indian children, which can influence their behaviour and think in the wrong direction. Indian society is still not ready for anime content because the topics that are covered in an anime series can be too much for them. The most popular anime themes are gore, violence, and romance, which can be triggering for Indian parents.

Shut Down Of Anime Channels

The anime community still has a dedicated fanbase in India, but the scenario would have been different if the kids of today could have gotten the chance to watch anime on their TVs. The 90s, kids got the chance to watch anime on their TV, but kids of the current generation were robbed of this chance. An Indian anime channel named Animex was launched in the year 2004, but in the year 2017, this anime channel was shut down. In the year 2017, Toonami started airing some anime series like Dragon Ball Z, but then later it was shut down on May 15, 2018. In conclusion, there is no specific channel that can provide anime content for today’s generation. All they have on their list are a few anime like Doraemon and Shinchan, which were aired after extreme censorship. The anime community is still not ready to accept their defeat because in 2019 the anime fanbase signed a petition to bring the movie Weathering With You to India and it eventually happened and the movie was released in theatres.

In India, most people consume pirated anime content because only a few anime are available on Crunchyroll and a few other OTT platforms, and that is solely the reason they are not left with many options to choose from, which makes them guilty of accessing this anime content through illegal sites. But recently, the Indian government has decided to shut down all these illegal websites after a plea from Disney Entertainment to ban these sites so that people stop streaming anime content illegally. The future of anime in India seems doomed at this point. Indian audiences mostly prefer dubbed voices to watch cartoons and animations. That definitely won’t change in the case of anime either. Until they become teenagers, they will be satisfied with whatever content they are getting on TV, like Chota Bheem and Motu and Patlu. If a few anime names like Shin Chan and Doraemon vanish from the Indian household, then we are sure the coming generation won’t know a thing about anime in the future.

Where To Watch Anime?

In India, Crunchyroll, Netflix, and Amazon Prime Video are the only options where you can stream anime content. 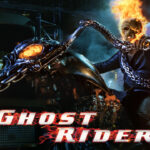 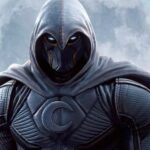