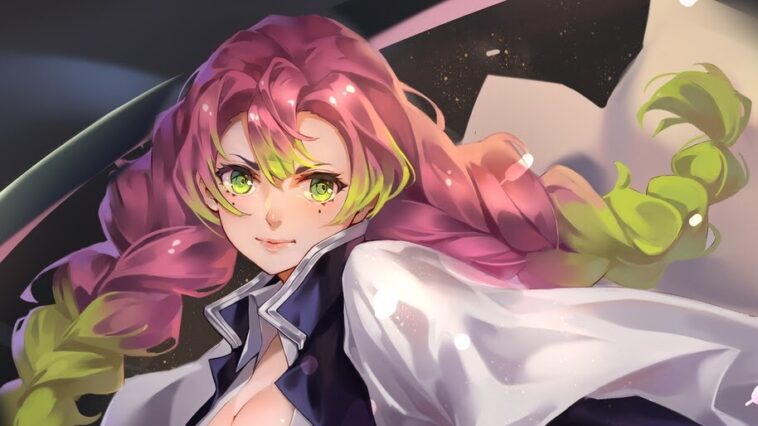 One of the most famous and cherished supporting characters in the series called  Demon Slayer: Kimetsu no Yaiba and the one who is reigning as the Love Hashira is whom we can easily identify as Mitsuri Kanroj. All around the original manga, she is seen to be a very significantly stagnant major role whereas throughout the films of animation she was comparatively shown for quite a less number of time. But surely as the story of the series tends to move forward, the portrayal of the character of Mitsuri would clarify itself more and more through the upcoming episodes in near future.

Let us find out what are the powers and abilities that Mitsuri Kanroji possesses to make her one of the strongest women in the entire plot of Demon Slayer even though she is one of the supporting roles, but has never allowed the limelight to fall short over her.

What Are The Powers And Abilities of The Love Hashira, Mitsuri Kanroji?

Missouri has been a significant character to participate in what was very prominently called the final battle between the  Corps belonging to Demon Slayer and Muzan Kibutsuji and was seen to have completely perished at the end of it. She has been one of the strongest women characters ever made in the history of Demon Slayer as well as the entire genre of Anime. Her eminent areas of strengths were been found when she was seen to tend more toward using the Love Breathing Style as one of her major superpowers.

Apart from the Love breathing style, Mitusuri is easy to be named as the queen of Demon Slayer:  Kimetsu no Yaiba with the capability of accessing a bunch of other superly build powers and abilities that she holds.

Mitusuri has been crowned as the Hashira of the Demon Slayer Corps which automatically proves the excellence in her swordsmanship. It is said that She has completed the Final Selection to be an Hashira within the initial six months of training, which was commanded and appreciated to be extraordinary by Kyojuro himself. Although her style on the battlefield is mostly based on love and hence she is called the Love Hahira. The physical strength, stamina, accuracy, and power of Mitsuri has been seen to take a drastic raise when she was found at the war with  Zohakuten who tried his best techniques to cut her root off but faced unconventional circumstances from her end.

Mitusuri has an exceptional hold on six different forms of breathing, which include Shivers of First Love which signifies when Mitsuri charges forward with a series of sword swings, and Love Pangs which indicates her use of an elongated swing of the sword in the form of an elongated whip,  Cat love Shower showcasing those overwhelming moments when Mitsuri jumps up and hence unleashes a series of ranged arching attacks in quick succession, Swaying Love or popularly known as a wild claw, which is when she somersaults backwards in the air and creates a long chain of whip-like attacks along with wrapping her sword around the neck of the opponent, and last but not the least  Cat-Legged Winds of Love, which gets introduced when Mitsuri spins a whole upside down, creating several slashing attacks and ending up retracting and expanding again and again within a very short period, which can easily make her foe weaponless in the field of war.

Mitsuri was taught the skills of the famous style of Flame Breathing by Kyojuro, however, due to a certain lack of proper skills that she failed to set enough that she can use for the war, she intended to develop her style called Love Breathing in the best way possible and became one of the inevitable on that ground.

READ MORE: Itachi Vs Madara: Who is Stronger?

What Are The Abilities Of The Love Hashira, Mitsuri Kanroji From The Demon Slayer: Kimetsu no Yaiba?

Apart from the very skilled wardenship of Mitsuri, she also developed certain special abilities that made her one of a kind and undoubtedly significantly stronger that other than any other female character seen in the history of Demon Slayer. This was solely because of the unique constitution of her muscles which were eight times denser and well developed than a normal human muscle for which she always seemed to consume more food than a normal girl of her age, and probably another side effect of her having a uniquely coloured hair. She possessed an immensely stronger muscle power that lends her the strength of carrying objects which tend to be as heavy as 120 pounds. Her physical power was seen to extend to such a level that in the face-off with Muzan, she was physically able to grab one of his tentacles and pulled it in a certain way that it got ripped without even using any certain sharp instruments.

Aside from her physical strength, her mental stamina was also found to be pretty high when she was found standing and giving the best of her ability even though was highly wounded with multiple injuries and kept her head high along with others like  Tanjiro Kamado, Nezuko Kamado, and Genya Shinazugawa, against the mighty  Hantengu whom she blocked for being in his momentum to win out the victory against him.

She also mastered extreme body flexibility and reflexes and was seen to showcase her abilities as a form of defence that made her unbeatable on the battlefield for quite a bit of time. She was able to dodge and hence outrun attacks from the Upper Moon Four while using this one-of-a-kind constitution and unique flexibility to launch powerful attacks in the war against them.

ALSO READ: Is Cyber Hell Based On A True Story?

The very prominent Japanese manga series called  Demon Slayer: Kimetsu no Yaiba, possessing the character of Mitsuri Kanroj. which was written and illustrated by Koyoharu Gotouge was published from February 15th, 2016 to  May 18th, 2020, whereas the television series made as the sequela to it was released under the same name on 6th of April in the year 2019, being the only primary season it did get a lot of public attention throughout all 44 episodes that it had been aired for and is still running today with all pride and joy depicting the audiovisual experiences to the characters we had read in the manga earlier.

The story of Demon Slayer: Kimetsu no Yaiba pretty much revolves around the secret society that was formed in the city of Taishō-era in Japan under the name of  Demon Slayer Corps, whose current Hashira is named to be the mighty Mitsuri Kanroj, who stood up together against several villains of the society and does the best of their ability to save by swiping off every last signs of their enemies. In this specific series, an innocent boy has maintained Tanjiro Kamado who lost his father and eventually was saved along with his sister Nezuk who did show certain signs of being a Demon as well as a human at the same time. As the story proceeds, the role of Mitsuri Kanroji became more and more relevantly prominent along with the powers and abilities that she possessed were shown cased beautifully both in the manga as well as the series to date.

The list of characters and cast voicing them includes Tanjiro Kamado voiced by Natsuki Hanae and Satomi Satō, Nezuko Kamado voiced by Akari Kitō, Zenitsu Agatsuma portrayed by  Hiro Shimono, Inosuke Hashibira by  Yoshitsugu Matsuoka and many more. All these characters were also given by several voice artists in English. The character of Mitsuri Kanroj was significantly depicted by Kana Hanazawa in Japanese and  Kira Buckland in English.

Where To Watch Demon Slayer: Kimetsu no Yaiba?

Well, the primary source of Demon Slayer: Kimetsu no Yaiba was the manga series that used to get published till mid-2020, can be accessed over the platforms of Weekly Shōnen Jump as the magazine printing in the Japanese language, which was later translated to English and were printed in the magazine called Weekly Shonen Jump with a whole of 23 volumes. Whereas later in the year 2019, the manga took a different medium of entertainment as the story got to get released as a Tv Show including every specific leading and supporting character of the manga and is still available to be streamed on official networks of Fuji TV, KTV, Tokyo MX, GTV, GYT, and BS11 whereas the English dubbed version of it is available over the eminent platform called US Adult Swim (Toonami).

MUST-READ: Where To Watch Vampire In The Garden Anime Online? 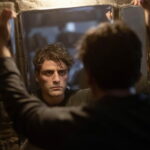 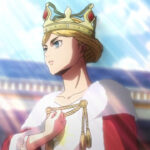