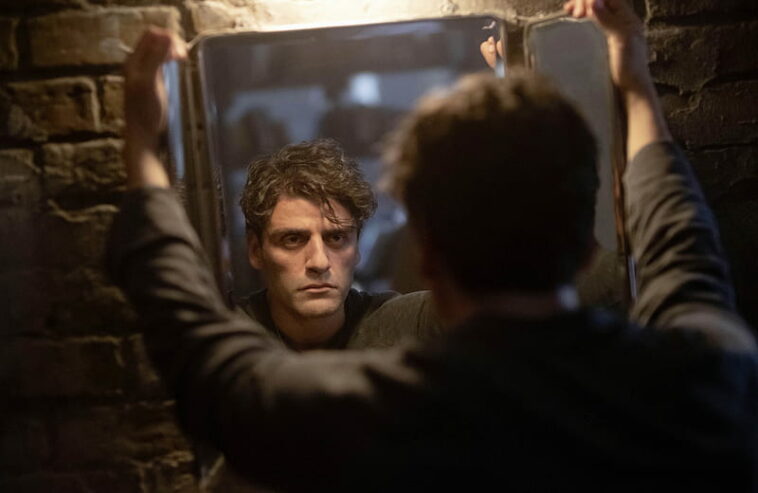 Oscar  Isaac Hernández Estrada is one of the most cherished American actors and producers who started his career in 1998 and is still now considered on the top row of Hollywood actors. He has featured in many films including a few from Marvel. Let’s list out Oscar Issac’s Marvel movies along with the other movies that have been the milestones of his career.

Oscar Issac has been very prominently seen in a few Marvel Movies including a prominent one! It has also been said that his joining the Marvel Cinematic Universe is one such record of him being in three different productions under the Marvel aside from being playing eminent roles from other productions as well. Let us note down the significant movies that featured him for a long time now.

The movie called X-men Apocalypse has been one of the famous superhero films that were directed by Bryan Singer and were produced under the umbrella of Marvel Entertainment along with other houses like TSG Entertainment, Bad Hat Harry Productions, Kinberg Genre, and The Donners’ Company. It was based on the famous characters of Xmen adapted from the Marvel Comics and featured several great personalities all around the world including Oscar Issac who played the role of the supervillain called En Sabah Nur who was also popularly known as Apocalypse. For the first movie in Marvel, Oscar chose to reflect the negative shade and did it seamlessly, making a benchmark in his career.

It can be streamed on the platform of Disney + Hotstar.

In 2018, the computer animator superhero science fiction film called Spiderman: Into the Spider-verse was developed under the production banner of  Columbia Pictures and Sony Pictures Animation island was also associated with Marvel Entertainment. It was again based on the life of mighty Peter Parker where Oscar Issac was given the role of voicing the character called Miguel O’Hara or the Spider-Man 2099 who was also referred to as an interesting person throughout the entire movie.

It is available to watch on Netflix.

Oscar Issac made his prominent appearance in the very significant protection by the Marvel Cinematic Universe called Moon Knight. It would be categorized more as a Television mini-series rather than a movie but have the prominent leading role of Oscar Issac who portrayed the character of Marc Spector, the  Jewish-American mercenary who unfortunately suffers from a dissociative identity disorder and seldom ends up becoming the avatar of the Egyptian moon god named  Khonshu and hence was considered to be the superhuman named the Moon Knight. He gained a lot of fan base with only six episodes on the go and fans could not be any happy to see him as the moon knight in the future production of marvel which would be a sequel to this one. This is without a doubt a huge lift in his career.

It is available to stream on Disney+ Hotstar.

NEXT READ: Will Venom And Morbius Come Together?

The upcoming production from Marvel Entertainment which is set to get released in 2023, is what is named Spiderman: Across the Spider-Verse, which would be a sequel to the movie that was released in 2018 and said to have a similar cast and continue the story of animated spiderman. Oscar Issac is anticipated to play another significant role aside from being the voice of Miguel O’Hara who is also defined as the Spider-Man 2099 and an Interesting person, that is a co-producer of this film along with Marvel. The spider-man fans could not be any more excited to count the days to find their ultimate favourite superhero to hit the theatres.

It is anticipated to get released on Netflix along with theatres in 2023.

Oscar Issac made his debut in 1998 and has done several other movies and Tv Shows which were not just limited to the production of marvels. Here we made an anecdote of certain significant movies that Oscar Issac had starred in and those which made prominent changes in his career making him successful one step after another.

Oscar Issac debuted his career in the film and entertainment industry with the 1998 film by  Nick Gomez called Illtown. It can now be watched on a platform called Vudu.

One of the famous American biblical drama films of 2006 that was framed based on the nativity of Jesus, was directed by  Catherine Hardwicke. Oscar had a prominent role as Joseph that is the father of Jesus. This can now be watched on Prime Video, VUDU, Vudu Movie & TV Store, Redbox. or Apple TV.

In a 2008 American spy thriller film by  Ridley Scott, Issac was found in the character of Bassam who was a CIA field operative officer in Iraq as well as Ferris’ associate. This can now be watched on Netflix.

ALSO READ: How Many Iron Man Movies Will Be There?

The film is based on the life of the legendary personality called Robin Hood which was made by Ridley Scott and featured Oscar in a significant role as Prince John, the later king of England. This can now be watched on Prime Video, Vudu Movie & TV Store, Redbox., VUDU, or Apple TV.

The historical romantic drama movie called W.E. featured  Oscar Issac in the significant role of Evgen and was seen to shine a majority of the screen space. This can now be watched on  Amazon Prime Video.

Issac portrayed the role of Outcome number 3 in the American action-thriller film by Tony Gilroy which was an adaption from the Jason Bourne novels. It can now be watched on Netflix.

In the periodic black comedy musical drama, Oscar was found to depict the character of Llewyn Davis, the protagonist who was described as a struggling folk singer in Newyork City. It can be watched now on Google Play, Vudu, iTunes, and Amazon Instant Video.

A prominent  American crime drama by  J. C. Chandor was featured by Issac who was found depicting the role of Abel Morales, one such character around whose life the movie tends to proceed. This can now be watched on Hulu.

READ MORE: Will Morbius Be In Spiderman? Know Here!

The very significant role of Poe Dameron was seen to be portrayed by Oscar in three consecutive seasons of the mysterious science fiction named Star Wars: The Force Awakens, Star Wars: The Last Jedi, and Star Wars: The Rise of Skywalker.  It can now be watched over Disney+ Hotstar.

The famous  American epic historical drama by Terry George featured a prominent character called Mikael Boghosian which was made into life by Issac. It can now be watched on iTunes, Amazon Instant Video, Google Play, and Vudu.

The American historical drama by Chris Weitz was not only stared by Oscar Issac as Peter Malkin, the protagonist but also was co-produced by him. It did hit the box office and raised the bar of his career higher. This can now be watched on Netflix.

Oscar played the role of a police officer called  Richard, in one of the significant American short comedy-drama films which were directed by Elvira Lind. It was also marked relevance as Oscar did play the role of executive producer off the screen. This is available to watch on The Roku Channel or Apple TV on any Roku device.

The character of Duke Leto I Atreides was been portrayed by Oscar Issac in the very cherished  American epic science fiction film of 2021 called Dune. It was directed by Denis Villeneuve who described Leto as Paul’s father as well as the Duke of House Atreides. It can now be watched on the platforms like Apple iTunes, Google Play Movies, YouTube, Apple iTunes, Google Play Movies, YouTube, Hungama Play, and Tata Sky online.

Oscar has recently been seen in the American dark comedy film called Big Gold Brick by Brian Petsos in the shoes of the character called  Anselm who was one of the anchor points of the whole movie. This can be watched over the platforms like  Redbox., Prime Video, VUDU, Vudu Movie & TV Store, or Apple TV on any of the Roku devices.

Apart from all these movies, he was also seen in some very eminently celebrated movies like Life Itself, The Card Counter, Ex Machina, Won’t Back Down, Mojave, etc along with several Tv shows like Law & Order: Criminal Intent, Scenes from a Marriage, etc. Apart from this, he excelled at being a voice artist as he proved by his remarkable performances in the spiderman series as well as the two sequels of The Addams Family. He is indeed one of the most unique and prominent actors in the American Entertainment Industry.

MUST-READ: How Many Superman Movies Will Be There? Read To Know! 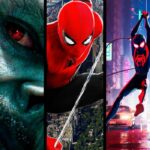 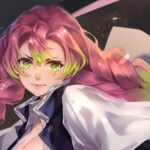