Produced by Seven director David Fincher and Deadpool director Tim Miller, Love, Death and Robots is an adult anthology of short animated stories. The 18 episode series is a re-imagining of Fincher and Miller’s long-in-development reboot of the 1981 animated science fiction film Heavy Metal. Sixteen of the eighteen short films in the first season are short story adaptations with most of them adapted by Philip Gelatt and each stand-alone episode is animated by different crews among a range of countries, though some episodes may share the same crew members. Love, Death and Robots were praised with some amazing reviews and now fans seem to be eagerly waiting for the brand new season that drops this month.

In 2019, Netflix renewed the series for an eight-episode second season, which was released on May 14, 2021. However, there has not been any official announcement about the release of Season 4 since the third season is just on its way to release this month. The show has not been renewed beyond volume 3 yet. However, after that release in 2022, Miller has stated that there are plenty of stories to continue the show. In that earlier mentioned IGN interview, Miller said that they “have enough stories and ideas to get started on a fourth volume” adding “we can get even better stories and give people more of what they want is huge, run ride,”.

We will have to stay tuned to know further details about the same.

As these are short stories, there is no single plot. Every story has something different going on. The first one begins when a young woman named Sonnie participates in underground “Beastie” fights, remotely controlled bio-engineered gladiator beast battles. When the ringmaster bribes Sonnie to throw the match, she declines it. Dicko comes back and taunts her asking if she is scared now. But, Sonnie’s laughter is heard as she reveals that her human body was just a processor and that her consciousness was always inside Khanivore. In the end, Sonnie breaks out of her holding tank and kills the mistress and then prepares to kill Dicko as well. That’s how the first episode/story goes.

As these stories are all adaptations, Love, Death + Robots also has two stories from horror author Joe Landsale. In “Fish Night,” a surreal ocean is encountered by two travelling salesmen in the desert. In “The Dump,” a man protects his junkyard home from a city official. “Fish Night” has appeared in a variety of magazines, and also ended up online, at The Horror Zine. The Dump has also originally appeared in 1981 in Rod Sterling’s Magazine, and later in books like Bumper Crop and A Little Green Book of Monster Stories.

The Season 4 Trailer has not come out yet. However, Netflix recently released the trailer for the third volume of the series which is on its way to release. It gives quite some insight about the new volume and fans seem super excited about the same.

Where To Watch Love, Death And Robots Online?

The first two volumes of Love, Death and Robots are streaming on Netflix. While the third one joins them on Friday, May 20th, 2022. 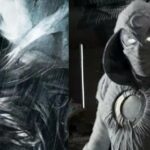