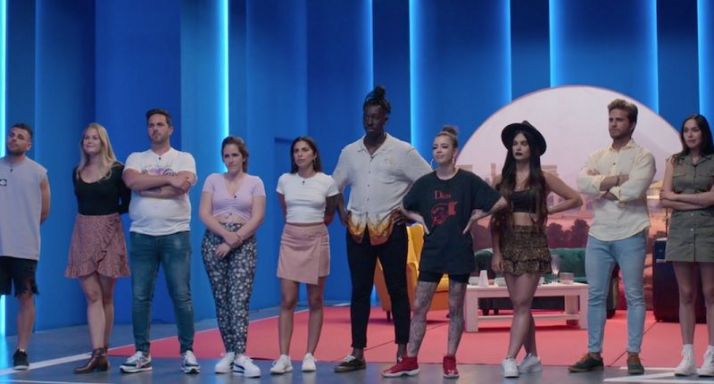 Insiders is a Spanish Reality TV Series hosted by Money Heist’s Najwa Nimri, having about 13 contestants in the first season. Directed by Mamen Fernandez, the show is filmed in a studio disguised as a final stage of the casting process which the contestants are unaware of. The entire objective of the show is to film the contestants off-guard in order to see the difference in their behaviour between the times that they know the camera is rolling and the times they think it is not. The contestants are later made to confront those differences in the show. As a reality TV series, Insiders stands out from the rest of the shows because of its Unique Concept and Incredible Music. But, what the viewers have admired the most about the show is that the duration of each episode is less than an hour. Produced by Hortensia Lopez and Yaiza Sanchez, this one-of-a-kind series exposes psychological games, deception, sorrow, and unpleasant realities.

However, many viewers wonder if the show is real or fake. The contestants are being observed 24 hours a day, which may lead fans to question how the participants aren’t conscious of this, but the candidates can be seen to be perplexed, asking if the cameras are genuinely running in the house. Well, the presentation and trials are definitely scripted but apart from that, the contestants don’t seem to have a clue about the show’s framework (unless they are particularly incredible actors). However, Netflix has not proved the show’s Authenticity stating whether it is really genuine. Nonetheless, fans have enjoyed watching the first season. Many also took to Twitter to claim that they have been “addicted” to the show.

As per the sources, Insiders will be back with a renewed season but there hasn’t been an official announcement about the release of the same. It should most probably be out anytime now. However, any further changes or details have not been revealed by the makers yet.

The first season of Insiders premiered in October 2021. It was initially released in the United States and Spain, and later in the United Kingdom as well.

The first episode, which was released in October 2021, begins on a welcoming note where the host explains some basic aspects of the show to the contestants and they are given fifteen minutes to say goodbye to their friends and family before they begin the casting process (but they don’t know that it has already begun). Then, the director tells them that one of their phone interactions has leaked in the press and the show will shut down if the culprit doesn’t come forward. Tatiana happens to be the culprit and is removed from the show after a confrontation. That’s how the frame is set for the show going forward. At the end of the series, the winner takes home a grand prize of €100,000. It is quite intriguing to see those private meetings that are unbeknownst to the contestants and how they twist the situations, making it an overall exciting as well as an eerie watch. Insiders were praised by the viewers and critics and ever since the series ended, the question has been whether the show will be back with another season and the answer is yes! During a press conference for Netflix’s Spanish originals at the 2021 Vitoria Festival, Álvaro Díaz, Netflix Spain’s director of non-fiction content, confirmed that a second season had already been filmed.

Detailed information about the casting of Season 2 is not available right now. However, Najwa Namri is expected to make a comeback as the host in the renewed season. As for the contestants, we will most likely see a fresh batch of participants. The first season had about 13 contestants namely Laura Nunez, Tatiana Cruz, Estefania Vela, Barbara, Nicole Delgado Gordita, Ivan Molina, Hugo Ruiz, Peter Base, Fama Marong, Ivan Miguez, Olaya Bizori, Cynthia Camara and Francisco.

Just like the release date of Insiders Season 2 is awaited, so is the trailer. Both of which will most probably come out on the same day.

Where To Watch Insiders Season 2?

Since Season 2 is not out yet, you can watch all the 7 Episodes of Insiders Season 1 streaming on Netflix. 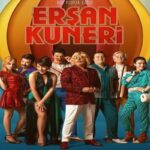 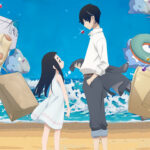