Moon Knight is an interesting and complex character who has recently been introduced to the audience. Moon Knight is a superhero fictional character appearing in the Marvel comics. The character was created by, Doug Moench and Don Perlin. It first appeared in Werewolf by Night # 32, which was published in August 1975. The series premiered on March 30, 2022, on Disney Plus. The series consists of 6 episodes as it is a mini-series, with each episode running for about 44 to 53 minutes. The first season of the series focused on the character of Steven Grant and his alter egos. One question has crossed everybody’s mind who has watched the series, and that question is to know the true potential of the protagonist Marc Spector’s abilities. You must have seen many of the powers that Mark’s character possesses. Though that itself could never give you an idea of how powerful his character is, you can truly know the potential of the character after reading the comic, as the makers could not cover each and everything in a 6-episode mini-series. We will, however, answer this question in a way that could help you understand the actual potential of the protagonist.

How Powerful Is Moon Knight?

Moon Knight’s power depends on the moon. Even though he does not possess any superhuman strength, we have seen his skills in the series, which are almost as superhuman as anyone could ever achieve. Khonshu’s fist revived Mark’s spectator, but he did not bestow any superpowers upon him; he did inherit some powers from Khonshu, but those abilities and skills are dependent on the moon. Moon Knight also can copy Avengers’ abilities as well as weapons at times. He has been shown using the Captain America shield, Spiderman’s web shooter, and Wolverine’s claw. Not only can he copy these weapons, but he can use these abilities flawlessly. He can absorb the supernatural powers of other superheroes. While this ability is only temporary, it does not negate the fact that he can stun you with his abilities.

In the recent chapters of the comic, we saw the Moon Knight defeat the Avengers to conquer the earth. After being manipulated by the moon god Khonshu to dominate the earth, he stole and absorbed some of the superpowers of some of the greatest superheroes like Dr Strange and Ghost Rider, but it was only temporary and later he was stopped. The Moon Knight was once able to control the Mjollnir and also hit Thor with his own Mjollnir. The reason for this power goes to Thor’s Mjollnir material, which is made of Uru metal, which is made of moon-like dying star stone. Because of this connection as a moon god, he was able to control Thor’s Mjollnir. Along with all these special abilities, he possesses super reflexes, speed, and agility gifted by the moon god with exceptional durability-though a little credit goes to the moon knight’s cape, which blocks the air and reduces the impact of his fall. Moon Knight is also mentally durable.

Not even the telepaths could read his mind because he has many alter egos that can confuse the telepaths and make them tired by trying to read his mind. Mark Spector’s fighting skills are flawless due to his navy experience, which also gets levelled up thanks to the power of Khonsu. The Moon Knight’s fighting skills are so unique and dynamic that not even the taskmaster could copy him. His fighting abilities astounded him. He also has superhuman strength. He shattered a metal shield once He also used his bare hands to fight a leopard. He’s also shown his strength and venomous ability. He had to deal with Hobgoblin and Doctor Doom, as he is also unbeatable. The moon god Khonshu revives him once he dies.

He also has a durable cape and suit, along with a Crescent dart. The cape is made of Adamantium and carborundum composition that protects him from bullets and other attacks. With all these explanations, you can conclude that he is extremely powerful and he has this amazing ability of daringness that sets him apart as one of the finest and strongest characters in the MCU.

Moon Knight is currently streaming on Disney Plus in the UK and US. Indian audiences can access the series through the streaming platform Hotstar.

MUST-READ: Is Heartstopper Based On A True Story? 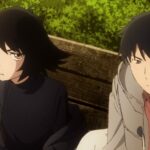