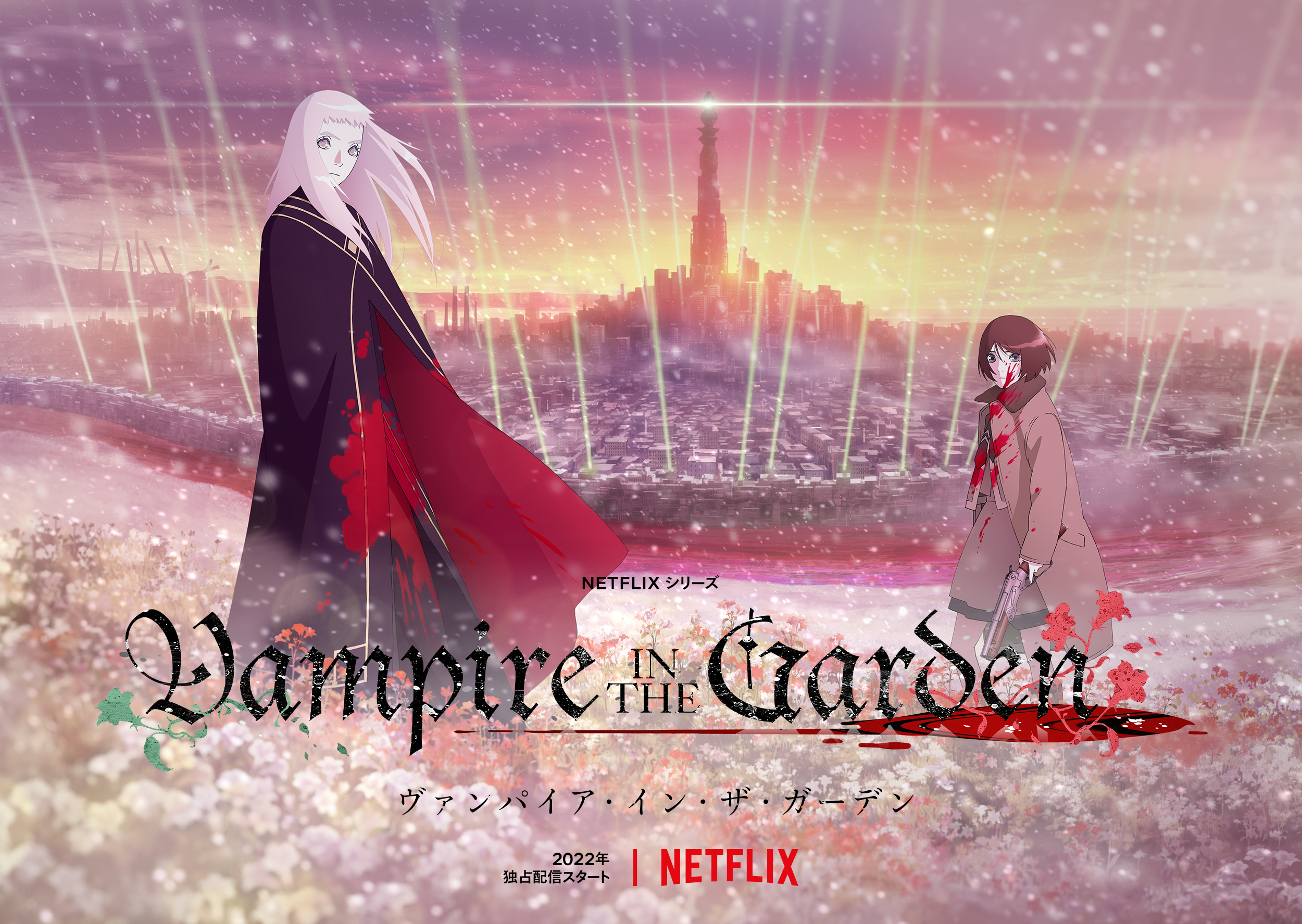 Netflix has once again brought the viewers a young, beautiful, and well-adapted anime drama series. Set is a beautiful world, Vampire In The Garden is a Japanese Sci Fiction, fantasy, thriller, and mysterious anime series. The series follows the lives of humans and vampires and, shows us, how the world of vampires is and how they start a new journey in a new world. The series is released under Wit Studio and will release under the direction of Ryoutarou Makihara with Hiroyuki Tanaka as an assistant director.

Where To Watch Vampire In The Garden Online?

Vampire In The Garden is going to be released on Netflix. The makers and the network are all ready for the anime. The viewers, who have a subscription to Netflix will find it easy to watch the anime series, and the rest of the viewers have to make some makeshift.

Vampire In The Garden Story

The anime series revolves around two girls, Momo, who is a human girl, and Fine, the other one, who is a vampire girl. She is although, known as the vampire queen. Although they belong to different backgrounds and races and have different ambitions and desires, they became good friends. Momo, on one hand, wants to become a great violinist and Fine, on the other hand, wants to see the wider world. Once there was a time when the human race and the vampire world lived together and, used to play music together.

But now, the human survivors lived in a town that is shielded by a wall of light, protecting them from the vampire world. With such insecurities and differences, Momo and Fine want the two of the different worlds to be reunited once again. Once they both found that their motive and aim are the same, they both set on a mission to find the new paradise world so that the vampires and the humans can live together without any harm. There will be difficulties with the duo girls while finding and exploring the paradise world. Although, they both are finding a peaceful world to reside in, eventually, there will be some twist that will make vampires aggressive to humans and vice versa. The anime can present some magical powers too.

Vampire In The Garden Characters

Megumi Han and Yu Kobayashi have given their voice to the main roles of the series. Megumi, on one hand, will give her voice to the character of Momo, who is a human girl while Yu will voice the character of Fine, who is the vampire queen. There is no confirmed news of more characters and voice artists other than Han and Kobayashi. Well, there would be many more secondary characters whose names will be revealed later on. The role of both the girls is very strong enough to attract the viewers.

Vampire In The Garden Release Date

Season 1 of the series is going to release on May 16, 2022. As the viewers have shown their love and desire to watch the anime series, this will be one of the best anime. Till now, the official trailer of the series has got more than 770,000 views and, is liked by many. From the reviews of the viewers, it is pretty clear that they have loved the trailer, and the series can too get good ratings.

Vampire In The Garden Trailer

Starting with the blood, murders, and war, the content of the trailer was first depicted as depressing but, as the viewers will watch the anime series, they will get to know the soft part of the series too. The characters are beautifully portrayed with their roles, with the beauty of the war. The viewers can watch the official trailer of the anime which was released one month earlier.

MUST-READ: Is Heartstopper Based On A True Story?