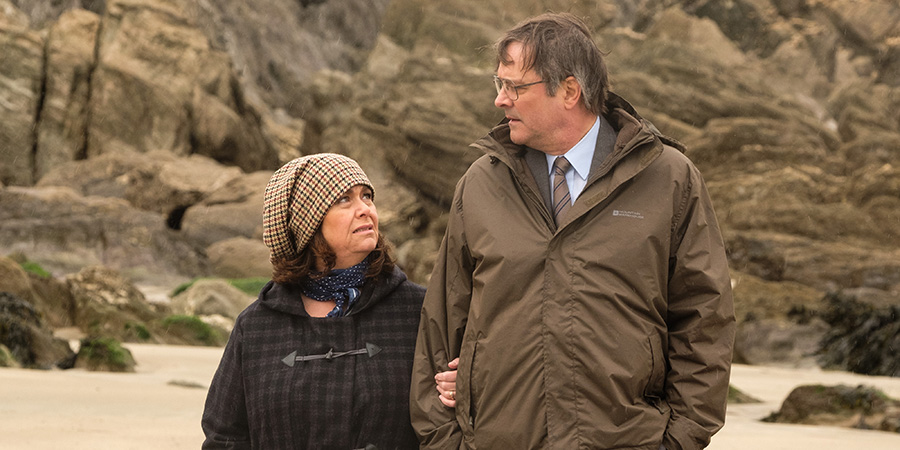 The Trouble with Maggie Cole, starring Dawn French in the lead role is a comedy-drama series directed by Ben Gregor and written by Mark Brotherhood. The series takes place in the coastal village of Thurlbury and follows the life of a local meddler Maggie Cole. She runs a local gift and heritage shop while her husband Peter Cole is a headmaster at a Primary School. It is said that the series was initially planned to be named “Glasshouses” but the makers changed their mind later. Produced by Joanna Hanley, The Trouble With Maggie Cole was filmed across South Devon and Cornwall, in the village of Noss Mayo. It is a small series with six episodes only but super intriguing ones. It will have you giggling at Maggie’s compulsiveness throughout. So if you are looking to have a good laugh over the weekend, The Trouble with Maggie Cole is definitely the series you should consider!

The Trouble with Maggie Cole’s first episode aired on March 4, 2020, wrapping all the 6 episodes on April 8. Since then, the question has been, will these comedy-drama series be back with a sequel? Well, according to ITV, the release date for the same has not been scheduled yet. We guess we might have to wait till they make an official announcement.

This Six-episode series has a rather humorous storyline as it delves into what happens when the protagonist drunkenly spills some secrets about her community residents on a radio, which soon escalates out of control and starts affecting people’s lives. After the very incident, Maggie seems to be filled with guilt for her pointless gossip but is still ready for all the confrontations and reckonings that are going to come her way. Peter, on the other hand, is very embarrassed and attempts to hide the interview has gone viral. The story moves ahead as the journalists try to dig up the Cole family skeletons. It’s been a long since the first season wrapped up but there still hasn’t been confirmed news about the next season.

The sequel hasn’t been cancelled by the makers but they haven’t renewed it either. However, the bigger question that arises among the viewers is what story is left for the show to tell now. Most of the issues raised by Maggie have been resolved and all the relationships have repaired themselves to the point that even if the series does not return with another season, the show will still feel relatively complete. Yet, there is hope among the viewers and fans regarding a new season of this quirky series.

The first season of The Trouble With Maggie Cole stars some Brilliant Performers Including Dawn French as Maggie Cole, who has done wonderful work in her element as the protagonist; Mark Heap as Peter Cole, Phil Dunster as Jamie Cole, Gwyneth Keyworth as Becka Cole, Chetna Pandya as Dr. Carol Tomlin and Patrick Robinson as Marcus Orman. We also see Julie Hesmondhalgh, Vicki Pepperdine, Jamie Talbot, Emily Reid, Joe Layton, Hollie Edwin and Kerry Howard portraying some really quirky and important characters in the series. The episodes also include Tomi May, Arthur McBain, Karen Henthorn, Shane Attwooll, Ray Strasser and many other actors making for an overall stellar cast for this comedy series.

The trailer of the first season played a major role in creating excitement amongst the audience. It is always a cherry on the top and makes a great deal for the viewers to decide whether or not they want to watch the series. The fans of this franchise too are hoping to know about the next season with a bang on the trailer first. However, it has not come out yet.

Where To Watch The Trouble Of Maggie Cole Season 2?

The first season of this Popular Comedy-Drama Series aired on British Television Network ITV and that’s exactly where Season 2 is expected to premiere too, whenever it comes out.

However, due to its popularity and craze, all the 6 episodes of the First Season are streaming on Amazon Prime Video and are also available on Vudu Movie, Apple Store and Just Watch.