The series and shows based on doctors, medicine, treatment, and much more are liked by everyone, no matter which genre someone likes. The most famous streaming platform Netflix is once again ready to come up with such a series; Baby Fever, which will just touch the hearts of the audience.

Baby Fever is a Danish romantic comedy-drama series about fertility treatment, parenthood, choices, love, sacrifices, and many more. Created by Amalie Naesby Fick and Nicolaj Feifer, and produced by Dorthe Riis Lauridsen under Apple Tree Productions, the series focuses on a competent fertility doctor Nana and her ups and downs throughout her life.

Season 1 of the series is said to be released on June 8, 2022. The trailer of the series was released just some days ago, and the people are responding to it very happily and cheerfully. The audience always looks for something exciting and hopes that Netflix release the same soon. And now, the streaming platform is coming with Baby Fever, not just a typical one, but yes, something with great excitement and work.

As the trailer has garnered many views and ratings, the same is expected from season 1. The streaming platform always looks for great content and quality over quantity, and due to this reason, the audience has liked most of its series and dramas. Well, the destiny of the series depends on the ratings and reviews it gains after its release, the audience is wishing for the same.

ALSO READ: Is Heartstopper Based On A True Story?

The problems, tough situations, and sadness come in the life of those who care for others more than themselves. The same goes for the protagonist of the series, Nana. She is one of the best, most caring, and competent doctors who care for her patients as much as she can, no matter what the situation is. As she is a fertility doctor, she has garnered the laps of so many moms with the baby and the rest of the happiness. But, what will happen if one of the parts of her profession brings the most bizarre situation in her life?

As she has parted ways with her ex-boyfriend, but the life once again brings her in front of him. Confusion, sadness, and tough situations all surround her, leaving her in grief and thinking about many things. She, one day, when drunken, inseminates herself with the semen of her ex-boyfriend and takes her into a chain of catastrophes; both big and small. This action leads to her pregnancy, and she is left to explain her condition to her ex-beau when she knows she can not handle and hide it all alone. The problem does not even end here. She has also the task to win back her ex-beau’s heart and feeling when he is not interested in her anymore. Well, the series all surrounds her complicated life and how she explains her issues to her ex-boyfriend is the thing that is shown.

Season 1 of the series focuses on Josephine Park in the character of the fertility doctor Nana along with Olivia Joof Lewerissa, Simon Sears, Charlotte Munck, Mikael Birkkjær, Tammi Øst, and Emil Prenter. The series also focuses on talented actors like Thomas Levin, Jesper Ole Feit Andersen, Amelia Høy, Morten Jørgensen, Anne Sofie Wanstrup, and Lisa Carlehed. Well, the series can also have secondary casts too, whose data can reveal after some time, but as the series have so many talented actors and actresses, the series will genuinely receive good ratings.

As the viewers can see the performance of Josephine Park for the character of Nana, they will also see the good amount of work and quality in the series. The makers and the streaming platform are hoping for the good fortune of the series, as the trailer received good ratings and views. The trailer has crossed more than 65000 views and was liked by many, just after its release.

Where To Watch Baby Fever Online?

As it has been spontaneously mentioned above that the series is going to be released on Netflix, read this paragraph once again to be more clear. Netflix released the trailer some days ago and is all set to release the series on its platform. 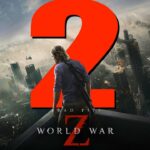 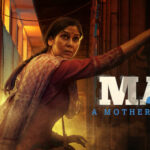