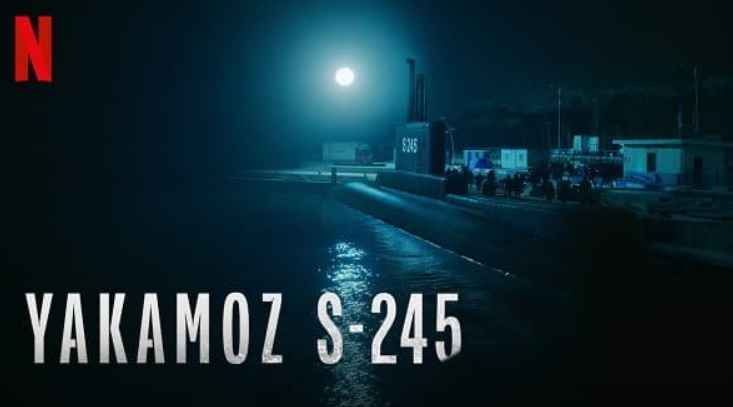 Directed by Tolga Karaçelik, and written by Atasay Koç, Cansu Çoban, Sami Berat Marçalı, and Jason George, Yakamoz S-245 is a seven-part Turkish adventurous, action, and science fiction series. Released under the production of OGM Pictures and OG Medya, it is a spin-off series of the Belgian series Into The Night, and revolves around the diver and marine researcher Arman and his team, as they go through the calamity which can destroy everything on the Earth.

Season 1 of the series landed on April 20, 2022, with the seven episodes as stated earlier. As the series is a spin-off of the Belgian series, it too gained much popularity and reviews. As the audience is praising the action, production, and the acting of the cast in Into The Night, so are they praising in Yakamoz S-245.

ALSO READ: Is Heartstopper Based On A True Story?

The series starts with an explosion and the radiation goes from the star to the solar system. The series then encounters Arman, a diver and a marine researcher who was one day encountered by his ex-girlfriend Defne, who wants to commission him and his submarine he built to explore Erebus Trench, a deep-sea region. At first, he disagrees with her, but when she told him that they could save the trench if they found a black coral there, he agrees to work with her, although the funding of the mission is done by his father’s cooperation.

Meanwhile, the audience saw Hatice who felt that the Sun is irradiating killing rays, but was called to keep her mouth shut by the higher officials. Arman, on the other hand, goes on the mission with Defne, Felix, Rana, and Cem, but they all got to know about the killing rays of the Sun. They were asked to make their shelter in a small town, Kos, but it was too abandoned like other places. They all realized that an apocalyptic catastrophe is near which can ruin everything on the earth if one does not make early decisions and actions to save both the earth and humanity.

Season 2 can explore Arman’s shooting in the seed vault in Norway and Umut’s release by Celiz, as it was the end of season 1. Moreover, the crew of Yakamoz S-245 can leave Arman behind in Norway. His father can also be shown who was saved due to the jacket he was wearing.

Season 1 had an amazing and an attractive cast including Kivanc Tatlitug in the lead role as Arman along with Ertan Saban as Umut Guven, Ece Çesmioglu as Yonca, Jerry Hoffmann as Felix with Özge Özpirinççi as Defne. The viewers also saw the work of Ecem Uzun as Rana, Ercin Arici as Altan, Alper Saldiran as Server with Meric Aral as Hatice. Every cast has done his/her character beautifully and smoothly, to attract enough audience. Season 2, if gets renewed would surely have the same cast with some new ones too.

Season 1 of the series got released on Netflix, and the latter one is planning for season 2 with the makers. Season 2, it gets renewed, would likely come by the next year.