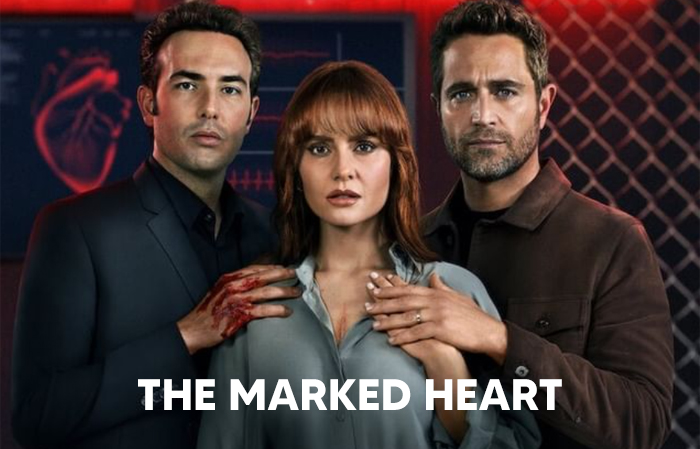 The phrase “I fell in love with her for her heart” takes an oddly dark turn in this Spanish web series, where a man falls in love with a woman who has the illegally transplanted heart of his now-dead wife. The Marked Heart, or Pálpito in Spanish, is a Colombian crime thriller created by Leonardo Padrón and directed by Camilo Vega. It first premiered on Netflix on the 20th of April, 2022.

The Marked Heart delves into the dirty world of organ trafficking as Simón hunts for revenge and stumbles upon secrets that will change his life forever. Although the show only has a 6.3/10 critical score on IMDb, it has been extremely popular among the masses, ranking 146 out of all TV shows logged on IMDb and rising the ranks quickly.

Although the Marked Heart hasn’t been officially confirmed for renewal, it’s unlikely the show will be cancelled; the end of the first season leaves off on a cliffhanger regarding how Simón and Camila’s relationship will progress now that they know the truth, and the series has been incredibly popular, hitting Netflix’s top 10 lists in several countries including India.

Season 2, if greenlit, is likely to be released sometime in 2023. With the fans already crying out for updates, this seems more like an eventuality than just a possibility.

ALSO READ: WHEN WILL WE GET UNDONE SEASON 3 RELEASE DATE?

Simón and Valeria are a happy couple with two children and a third on the way. While returning home from a celebration of their wedding anniversary, however, they enter a car crash. Simón’s wife Valeria is kidnapped and while hoping to find her he discovers that she has been murdered, and her heart stolen by illegal organ traffickers. Enraged and aggrieved, he enters the world of organ trafficking himself for a chance at revenge. While falling deeper into the criminal underground, he meets one ray of sunshine in his life – Camila, the wife of a wealthy man. Camila had suffered a heart attack on her wedding night and had undergone heart surgery herself, having needed a transplant; ever since then, she has been experiencing odd and gruesome nightmares that urge her to find out more about the origin of the heart. Unbeknownst to both her and Simón, the heart that keeps her alive is the same one stolen from Valeria.

By the end of season 1, the two come across the truth and are devastated. Camila, who had been looking for her answers regarding her husband Zacharias and the origin of the heart that beats in her chest, has to face the truth that he is an organ trafficker. Meanwhile, Simón needs to come to terms with both the fact that he has fallen in love with someone that isn’t his wife and that his new focus has the heart of his dead wife.

Simón is played by Michel Brown, one of Spain’s most popular actors; he rose to fame after starring in the Spanish telenovela Pasión de Gavilanes and has since widened his horizons to add singer and television host to his resume.

Camila is played by Ana Lucía Domínguez, who got her start in acting in commercials, at nine years of age. It was when she acted alongside Michel Brown in Pasión de Gavilanes that her career really took off, and the two have since moved to co-star in The Marked Heart together.

The two have great chemistry on set, and it’s their connection that keeps you watching the show, eager to see whether they’ll be able to find each other at the end of the twisted road they’re on.

While Simón and Camila form the core of the show, it also has a strong supporting cast, with Sebastián Martínez as Zacarías, Margarita Muñoz as Valeria and Moisés Arizmendi as Mariachi.

Where To Watch Marked Heart Online?

Marked Heart is a Netflix exclusive, meaning that the show requires a Netflix subscription to watch. It can also be accessed using a free Netflix trial if you have yet to avail of one. In India, the show is available in four audio languages – English, Hindi, Spanish, and Spanish Audio Description (making it accessible to those with sight problems). It also has subtitles available in English and Spanish.

Each episode runs for around 45 to 50 minutes, with 1 season containing 14 episodes available on Netflix at the moment.