Netflix has been providing us with many amazing original series like the queen’s gambit, Stranger things, money heist, Orange is the new black, and many other original series that gained popularity due to their extreme following of fans. Netflix also released many series in different languages such as the all-time famous german science fiction Dark and my favourite Ragnarok, to me it’s inspiring as the viewers get to binge on fiction or biopics of people we didn’t even hear of. One of the gems that Netflix released in the year 2020 would be ‘Summertime’ produced by Cattleya, an Italian drama series inspired by ‘Three meters above the sky’ by Federico Moccia. This series has 3 seasons with the first and second seasons having a total of 16 episodes about 32-54 minutes per episode with the 3rd season of summertime yet to be released.

The good news for all the anxious fans of summertime is that the series would be back as revealed by Netflix, the 3rd season of the series would officially be released next month on the 4th of May. So be prepared with a huge bowl of popcorn and your favourite person to enjoy the show together.

What makes a series interesting is the cast selected to play the respective role which is not an easy job to do but in the case of the cast selected for this series, the casting director went all out in selecting a bunch of amazing actors for this series. The main protagonist of the series Summer and Ale is played by Rebecca Coco Edogamhe and Ludovico Tersigni. Our side characters, Summer’s friends are  Amanda Campana who plays the role of Sofia and Giovanni Maini who plays the role of Edo.

The plot revolves around the lives former and Ale played in the town of Cesenatico.

Summer is an introverted young woman who hates summer. Even the locals of Cesenatico say that Summer isn’t enjoying her youth. She lives with her mother, father, and her younger sister Blue, but his father being a jazz musician, has to leave during the summers to do his gigs abroad. Due to her father’s absence Summer became cold towards others but it was just that she was very protective and was trying to keep her anger issues in check. To support her mother she decides to work at The Grand Hotel Cesenatico where Ale’s mother Laura is the manager. She also has two friends Sofia and Edo, she usually skates and rides bicycles but complains about not having normal friends.

Sofia and Edo are both in love with Summer and they don’t want Summer to be with Ale. So basically the people around them make their relationship hard which is the same in the case of Ale where his ex-girlfriend was Stalking him. Summer has a different life than Ale with him being a professional motorcyclist who took a break from his career of racing after a terrible accident that nearly killed him. He then came to Cesenatico to his mother. Ale’s, father, his biggest supporter insisted to return to racing but Ale had no intention of returning. Ale then falls in love with her after seeing her in his mother’s hotel, trying his best to get her to love him back.

It’s a lively story with satisfactory cinematography and a shot in a beautiful place, with a rating of 6/10 on IMDB. It’s an interesting series for viewers interested in the romance genre.

Where To Watch Summertime?

One can stream this series on Netflix. 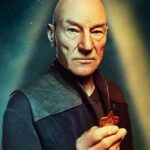