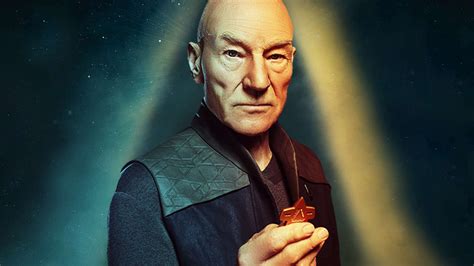 The Star Trek franchise explores new horizons as it trades action and sci-fi drama for a poignant discussion on the struggles of growing old, and what awaits a man at the end of his life.

The eighth of the Star Trek series, Star Trek Picard is a Paramount+ OTT featuring the retired Starfleet Captain from the Star Trek: The Next Generation series, Jean-Luc Picard. The slow first premiered on the streaming service Paramount+ (then called CBS All Access) on January 23, 2020. The series has given rise to a number of spin-off projects, including an episode of the companion series Star Trek: Short Treks.

Critics lauded Stewart’s performance and the series focus on character over action, even though some questioned the slow pacing. It has received multiple awards, including a Primetime Creative Arts Emmy for its prosthetic makeup.

The show was informally greenlit for a third season following the end of the first, and the second and third seasons entered writing and production simultaneously. The third season is expected to be the last in the series, wrapping up the storylines that started for the show. Hopefully, this means Picard will finally be able to enjoy his retirement from the Starfleet in peace.

Season three, although not announced officially, is expected to be released sometime in early 2023. The showrunners have said that the story of season 3 is ‘very different from the previous two, and hopefully provides a satisfying and fitting end to Picard’s story.

The series will have 10 episodes in total, just like Seasons 1 and 2 did. It will reintroduce most of the main cast from Star Trek: Next Generation, though there is still no word for how big a role they’ll play.

The first season of Star Trek: Picard concentrated on two events that were actually leftovers from past Star Trek films: Data’s death in 2002’s Star Trek: Nemesis and Romulus’ destruction in 2009’s Star Trek: Deep Space Nine (which was used to introduce the synthetic humans that helped prevent the rescue of Romulan refugees and ultimately set the stage for Picard to resign from Star Fleet). The synths are banned, and Picard is compelled to assist them due to two synthetic twins who are related to his old friend Data.

This culminates in Picard actually dying due to a terminal illness at the end of Season 1, and his consciousness is transferred into a synthetic body. It led to many arguments about whether the Picard of Season 2 and 3 were actually Picard, but there hasn’t been any consensus regarding it. As far as the showrunners are concerned, this is still Picard, and it’s still his story.

In Season 2, Picard is in the year 2024, and we see a return of many fellow colleagues from the Star Trek: Next Generation series. Q, played by John De Lancie, has done something to change the timeline and create ‘The Confederation of Earth’, a xenophobic version of the Starfleet whose goal is to eliminate all aliens.

Season 3 will re-introduce even more characters from Star Trek: Next Generation, reuniting the majority of the main cast. As the final season of the show, it’s bound to go all-out, and long-time fans of Star Trek can expect a nostalgia-filled ride.

Season 3 of Star Trek: Picard continues to star Patrick Stewart as Jean-Luc Picard, a performance for which he has won awards and been praised extensively.

The show also introduces more of the Star Trek: Next Generation cast in Season 3, going back to Picard’s origins. John De Lancie continues in his role as Q, a nearly omnipotent extra-dimensional being capable of altering space, time, and reality.

LeVar Burton returns as Geordi LaForge, Picard’s helmsman on the USS Enterprise. Michael Dorn plays Worf, son of Mogh. Jonathan Frakes plays William Riker, Picard’s first man and successor to the USS Enterprise. Chief Medical Examiner of Enterprise-D and Enterprise-E Beverly Crusher returns, with Gates McFadden reprising the role. Deanna Troi, the half-human half-betazoid played by Marina Sirtis on Star Trek: Next Generation also returns for Season 3 of Star Trek: Picard. Finally, Brent Spiner will also return, but whether he will be reprising his role as the beloved android Data or playing another character is still up in the air.