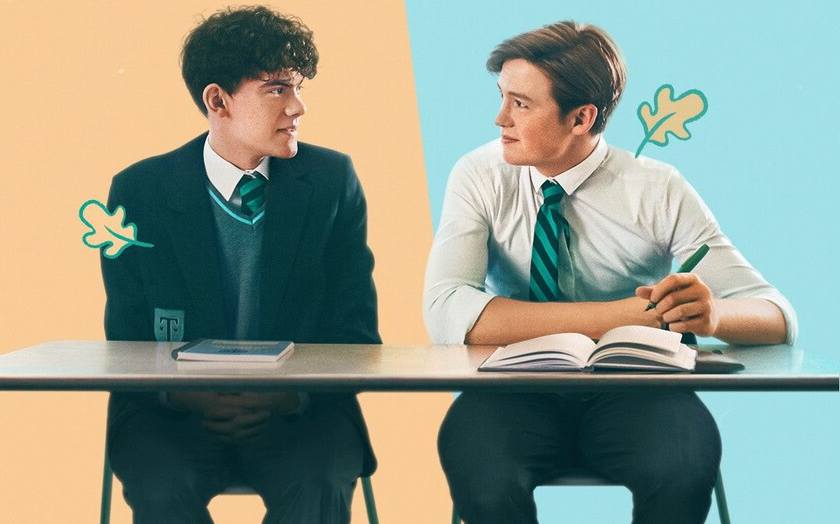 Do you have a certain soft heart for romantic drama? Well, what if it is based on the very famous country of Britain! Then you must find your interest in one of the very famous British coming-of-age romance series, that revolves around the life of a schoolboy who founds his sexuality to be gay as he falls in love with his friend who sits just beside him.

Hence, it is one of the most cherished adaptations of any novel that gained a huge amount of fans, especially from the LBGTQ+ community as it tends to represent the homosexual protagonist. And now the fans are asking for more inside that story and hence the renewal of the series to its second season is very much anticipated and a talked-about topic in the entertainment industry. Let’s find out more significant details about the second season of Heartstopper.

The first season was officially released on the 22nd of April and has been set out for a major success, as it gained a lot of fanbases. And thus has become one of the very famous rom-com that Britain has ever produced. Hence, the fans are now eager to know more about their story. So they want the renewal of the second season as soon as the first one ends. But considering the fact that the first season itself is very new to the audience, hence we can guess that the production work of the second season is yet to get started. But we can go for a wild guess that the second season would be available for streaming within mid to late 2023.

The storyline of the first season of Heartstopper introduced us to a young schoolboy named Charlie who falls in love with his friend Nick who used to sit just by his side. It takes us to his journey of him discovering himself as homosexual and revolves around everything he went through after that. The story actually finds its root in the webcomic and graphic novel of the same name designed by Alice Oseman. The first season was really inspiring and successfully raised the rainbow flag with all its grace and pride and the second season is thus expected to give us more. It is anticipated to start right at the point where the first seized and hence frame a beautiful picture of the life of Charlie.

The first season was enriched with the presence of some of the big names around the world like Kit Connor as Nicholas Nelson who is also known as Nick, Joe Locke as Charles Spring who was populated as Charlie and was a friend to Nick. Another prominent fiend of Charles was Tao Xu who was portrayed by William Gao. Yasmin Finney played her part as Elle Argen, Corinna Brown was seen as Tara Jones, Kizzy Edgell played the role of Tara’s girlfriend who was named as Darcy Olsson, Tobie Donovan was seen in the shoes of Isaac Henderson, Charlie’s older sister Victoria Spring was played by Jenny Walser, whereas Sebastian Croft was depicted as Benjamin Hope.

Cormac Hyde-Corrin was seen in a negative shade of role as Harry Greene, Rhea Norwood was framed as Imogen Heaney, Fisayo Akinade was seen in the shoes of Mr Ajayi, Chetna Pandya portrayed the character of Coach Singh, Olivia Colman was framed as Nick’s mother Sarah Nelson. Moreover, the voice of Headmaster Barnes was given by Stephen Fry.

The show was further enhanced with the presence of personalities like Araloyin Oshunremi, Joseph Balderrama, Ashwin Viswanath, Momo Yeung, Georgina Rich, Alan Turkington, Evan Ovenell, and many more. The fans are very integrated to watch them all reunite and reappear in the second season along with many new people.

Where To Watch Heartstopper Season 2?

Heartstopper is considered to be one of the original web shows whose whole credits are held by the leading platform called Netflix. Hence the second season will not be an exception to the first one and will be available to stream all around the globe over Netflix once it is released.

MUST READ: WHEN IS LEVERAGE REDEMPTION SEASON 2 RELEASE DATE EXPECTED?