Crime drama series has always had a special place in the television world, and it’s not just because of their authenticity, but also because they have always been in high demand. Better Call Saul is an American crime drama series that was released on February 8, 2015. The series was created by Vince Gilligan and Peter Gould and stars Bob Odenkirk, Rhea Seehorn, and Jonathan Banks. The series focuses on the life of a struggling lawyer, Jimmy McGill, and how events in his life have made him assume the identity of Saul Goodman. If you are done watching the last seasons of the show and the wait for the next episode is taking a toll on you, then try watching these 12 shows to kill your time.

Tokyo Vice is a seven-episode American crime thriller TV series based on the memoir Tokyo Vice: An American Reporter on the Police Beat in Japan by Jake Adelstein, which was released on April 7, 2022, starring Ansel Elgort, Ken Watanabe, and Rachel Keller as lead roles. The series follows the story of a crime reporter named Jake Adelstein who is based in Japan and goes above and beyond to find the real truth hidden beneath the surface of Tokyo. He finds his way through to befriend a Yakuza and starts discovering things that get him into trouble. Jake is ready to risk it all to find the truth.

Where To Watch Tokyo Vice:  Viewers can stream the series on HBO Max.

Peaky Blinders is a British crime drama television series. Created by Steven Knight Starring Cillian Murphy, Paul Anderson, and Sophie Rundle, they were released on September 30, 2014. The series depicts the story of England after World War 1. It follows the story of the Shelby family, based in Birmingham, England in 1919. After returning from World War II, Thomas Shelby and Arthur Shelby established the Shelby Company Limited, with plans to establish a bookmaking business as well as a company that organises horse racing gambling practices. The family desires to defeat their competitor, Billy Kimber, and become one of the biggest bookmakers in the city of Birmingham.

Where To Watch Peaky Blinders: Viewers can stream the series on Netflix.

Breaking Bad is a crime thriller American television series that was released on January 20, 2008, Created by Vince Gilligan, starring  Bryan Cranston, Aaron Paul, and Anna Gunn. The series follows the story of a hard-working chemistry teacher, Walter White. His life is shaken up when he learns that he has cancer. He goes home and breaks this news to his family. He starts working alongside his chemistry student, Jesse Pinkman, to produce meth. He does this to secure some money for his family after he dies from cancer. The meth produced by his student Jesse turns out to be pure, and their business booms in a night.

Where To Watch Breaking Bad: Viewers can stream the series on Netflix.

Ozark is a crime thriller series that was released on July 21, 2017. It was created by Bill Dubuque and Mark Williams. It stars Jason Bateman, Laura Linney, and Sofia Hublitz. The series follows the story of financial advisor Martin Byrde, who runs a private firm with his friend Bruce. He gets confirmation from his private detective that his wife is having an extra-marital affair with Gary Silverberg. Bruce advises him that they should go to Ozark to invest some money to get better returns.

Marty and Bruce are working for a trekking company to money laundering for Del. Del get information that Bruce, the owner of the trekking company, has stolen his money. Del gets the confirmation from Bruce and he kills everyone, but Marty makes a deal with Del that he will go to Ozark and return all his money at once.

Where To Watch Ozark: Viewers can stream the series on Netflix.

Top Boy is a crime thriller series that was released on October 31st, 2011. Created by Ronan Bennett, Ashley Walters, Kano, and Michael Ward star in the lead roles. The series follows the stories of drug dealers Dushane, Jamie, and Sully, who are based in London, a place where people pay lots of money just to get high, but things get messy, and Jamie cuts old ties for a new supplier as he juggles his family life with the risky responsibilities at hand, Dushane files to Jamaica, and he starts working with his cousin in a car rental shop. Sully gets into prison and has a hard time dealing with a murderous drug dealer.

Where To Watch Top Boy: Viewers can stream the series on Netflix.

The Blacklist is a mystery thriller TV series that was released on September 23, 2013. Jon Bokenkamp directed the film, which starred James Spader, Megan Boone, and Diego Klattenhoff. The series has 9 seasons and 190 episodes in total, each lasting about 43 minutes. It follows the story of a criminal named Raymond Reddington, who is among the most wanted criminals in America. One day, he surrenders himself out of nowhere when they thought he was dead. He tells the FBI that he wants to talk with one particular agent named Elizabeth Keen. He reveals a blacklist consisting of the names of many criminals. But then the series unfolds the story of agent Elizabeth Keen and criminal Raymond Reddington.

Where To Watch The Blacklist:  Viewers can stream the series on Netflix.

ALSO READ: 10 SHOWS LIKE IS IT CAKE THAT IS MUST-WATCH!

Criminal Minds is a crime mystery thriller TV series that was released on September 22, 2005. It was created by Jeff Davis and stars Matthew Gray Gubler, Kirsten Vangsness, and A.J. Cook. Criminal Minds follows the story of the FBI’s Behavioral Analysis Unit, which deals with a hand full of serial killing cases. In each episode, the unit solves a case related to a different crime, and with each subsequent episode, the cases get more gruesome and creepy. If you like crime-solving cases, then this series is just for you. It has every element that keeps the viewers glued until the episode ends. It’s weirdly addicting with crazy stories and amazing direction.

Where To Watch Criminal Minds: Viewers can stream the series on

Lucifer is a crime fantasy TV series that was released on January 25, 2016. Created by Tom Kapinos, starring Tom Ellis, Lauren German, and Kevin Alejandro. The series follows the story of Lucifer Morningstar, who comes to earth for a vacation with his protector, Mazikeen. He becomes pretty famous in LA, where he goes around helping each person he comes across, but in return for the favour, he gets something, willingly or unwillingly. Every woman is swooned by Lucifer’s charm, but he fails to charm detective Chloe Decker, who works alongside him to solve murder mysteries. In each episode, both Lucifer and Chloe get their hands on different cases. Viewers particularly find the chemistry between the two charming.

Where To Watch Lucifer: Viewers can stream the series on Netflix.

The Boys is a sci-fi crime action series that was released on July 26, 2019, created by Eric Kripke and starring Karl Urban, Jack Quaid, and Antony Starr. The series shows the dark side of superheroes; it follows the story of Billy Butcher, who forms a group called the Boys and fights against a group of superheroes. In the real world, superheroes dominate the world. Hughie’s girlfriend Robin becomes the target of misfortune because of the 7 superheroes. Instead of an apology, Hughie is offered a weird settlement. Hughie meets Billy Butcher. He reveals that he is making a team to take down the corrupt superheroes. Hughie then joins him to get his revenge.

Where To Watch The Boys:  Viewers can stream the series on
Disney plus.

MUST-READ: 12 SHOWS LIKE SPACE FORCE YOU SHOULD ADD TO YOUR WISHLIST!

Money Heist is a Spanish mystery, crime, and action TV series created by Alex Pina, starring Ursula Corbero, Alvaro Morte, and Itziar Ituno. The series is based in Madrid, Spain as it depicts the story of a professor who recruits eight people to carry out a heist that involves getting the Royal Mint of Spain, the national treasure of the country, to steal 2.4 billion euros. They plan the heist for months, and as planned, they get inside the Royal Mint of Spain as the professor sees everything from the outside. In the beginning, as planned, they steal an amount of money to show it as if they are just after the money, but with every passing hour, things keep confusing the police outside the Royal Mint of Spain.

Where To Watch Money Heist: Viewers can stream the series on Netflix.

Elite is a Spanish crime thriller TV series that was released on October 5, 2018. The series was created by Dario Madrona and stars Carlos Montero. Itzan Escamilla, Omar Ayuso, and Miguel Bernardeau. The series follows the stories of elite high school students who find themselves involved in the murder case of one of their own classmates. The series unfolds the stories of different students before the actual murder takes place. When detectives question the students, they find out there is a lot they are hiding, and everyone wants to keep their story to themselves as the students deal with trauma, heartbreak, and other things.

Where to Watch Elite: Viewers can stream the series on Netflix.

Pieces of Her is a crime thriller TV series that was released on March 2, 2022. Created by Charlotte Stoudt It stars Toni Collette, Bella Heathcote, and Jessica Barden. The series follows the story of a woman named Andy, who witnesses a different side of her mom when both of them encounter a misfortunate situation. After witnessing this, she begins to question a lot of things. Andy starts exploring the hidden past story of her mother as she finds that her mother is hiding a lot from her. The plot is engrossing, and the audience is left wondering what will happen next and what kind of mystery will unfold in the next minute.

Where to Watch Pieces of Her: Viewers can stream the series on Netflix. 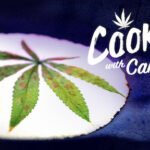 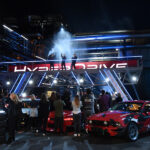