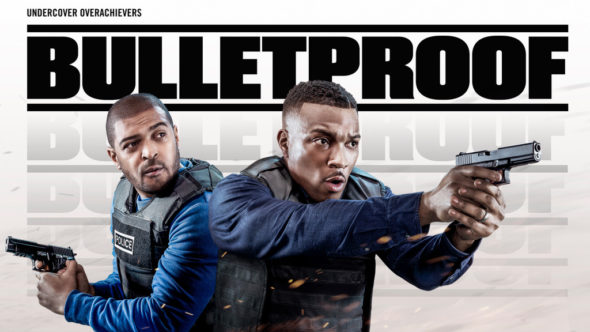 Action, force, police, mysteries, and what else it wants for an action series, a British police procedural series, Bulletproof is created by Noel Clarke, Ashley Walters, and Nick Love. An action and comedy-drama series is released under the production of Vertigo Films with Company Pictures and revolves around Aaron and Ronnie, who solve the country’s most dangerous cases like trafficking, drug dealing along with many others.

Well, the viewers might find it unconvincing to know that season 4 is not happening. Although Sky had announced to release of a fourth instalment of the same in early 2021, later on, it got cancelled. The reason behind this was the multiple sexual allegations against Clarke. Approximately 20 women came forward with allegations of bullying, commenting, unprofessional touching, sexual harassment, and inappropriate behaviour along with many, however, Clarke denied all these allegations. The network and the makers put the pre-production on hold, and later on, cancelled the series. And, till now, there is no news of the same, until it picks up by some other network.

The series focuses on two childhood friends; Aaron Bishop and Ronald Pike Jr, who now work as NCA detectives to clean up the country from criminals and crime. However, they both come from different family backgrounds, they are much more inclined toward the loyalty of their friendship. While Ronald is from a very high-achieving middle-class family with a history in the police, with his father now working as Director-General of the National Crime Agency (NCA), Bishop grew up in foster homes and on the streets, yet their friendship maintains loyalty, honesty and a strong bond.

First, the duo investigates the case of stealing high-end cars with the murder case of one of their informants. Although they were thrown away fr the case, they keep this as their and investigate more. Drug dealing was the next case in which the criminals were making local kids runners. While they both were searching for clues for Sharp’s murder, they found out about the sex trafficking gang.

Soon after this, Pike’s daughter got kidnapped by Bakur’s gang, which subsequently convinced him to resign from his post, thinking about his future too. While on the hand, Pike has to face that his father could be involved in the criminal activity, Bishop, on the other hand, is all alone in the journey and vows to uncover all the mysteries. In season 3, the series opens up in South Africa, including the crime and criminals there.

The series has Aaron Bishop and Ronald Pike Jr in the main roles as NCA Detective Inspectors. Their roles are played by Noel Clarke and Ashley Walters. Along with them, the viewers also see Jason Maza as Chris Munroe, David Elliot as Tim “Jonesy” Jones, with Christina Chong as Nell McBride as the NCA detective sergeant. Mandeep Dhillon, Lucie Shorthouse with David Chabeaux are seen in the roles of Kamali Khan, Paige Pennington, and Kev as NCA detective constables. Lindsey Coulson is seen as Sarah Tanner, NCA detective Chief Inspector along with many others like Florida Kamara, Jodie Campbell, Lashana Lynch, and Lee Ross.

Don’t get sad if season 4 is not happening. The viewers can still watch all the episodes of all three seasons of the series. But, before that, the viewers must watch the trailer for season 3.

Where To Watch Bulletproof Season 4?

The series was released on the Sky One network, and it is available on Sky Vision for its worldwide debut. It is also available on The CW in the US, Foxtel in Australia, and Showcase in Canada.

MUST-READ: When Will Are You The One Season 9 Be Announced? 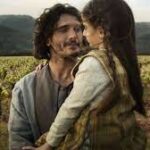 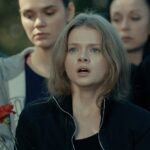