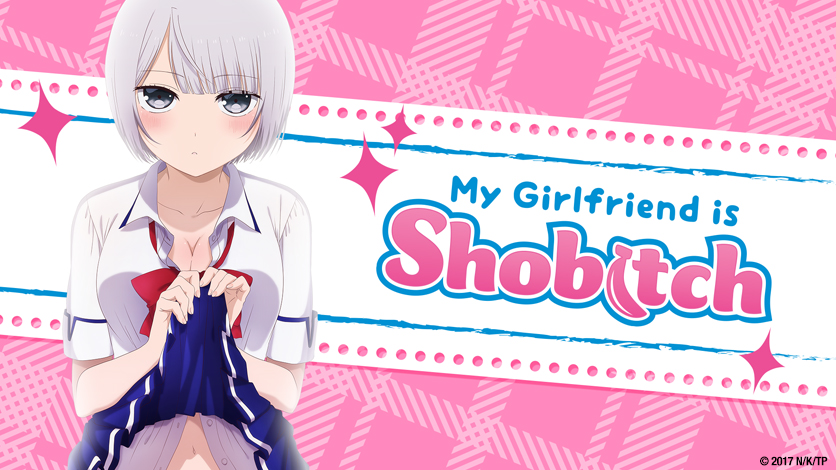 Boku no Kanojo ga Majimesugiru Sho-bitch na Ken is also known as My Girlfriend Is Shobitch is a romcom Ecchi Japanese anime tv series based on the Japanese manga of the same name the series is Written by Hideki Shirane and Directed by Nobuyoshi Nagayama which aired from October 12, 2017, to December 13, 2017, every Thursdays. Girlfriend Is Shobitch has completed 10-episode series that lasted for 23 minutes each, and the makers also released an ova on March 26, 2018.

Girlfriend Is Shobitch follows the story of Haruka Shinozaki, who has a crush on his class representative, Akiho Kousaka, a perfect girl who can easily meet any male standards. One day, Haruka Shinozaki finally gets the courage to ask out Akiho Kousaka. To his surprise, she accepts his proposal. But once Haruka Shinozaki gets to know Akiho Kousaka, she turns out to be nothing like what he imagined her to be. The series follows the story of both these characters as they get themselves involved in a wild relationship. According to my anime list, the series has been watched by 109,848 users. The number suggests that many people have watched the series and they would love to see a follow-up from season 1. If you are also a devoted fan of the series and want to know about Girlfriend Is Shobitch season 2, then read the entire article to find out about it.

After the release of the tv series that came out on October 12, 2017, the makers lso released an additional ova, which was released in the year 2018. Since the release of the ova, the makers have not given any statement regarding its renewal or cancellation till now. Though the series still has enough source material to cover for season 2, that may not be the reason for the delay. The series has many devoted fans, but critics are not fond of the series, and a small percentage of the population also despises the series. That could be the reason why the makers have still not made up their minds to continue the series. We certainly hope to see the series make a comeback, but the chances of its continuation seem slim at this point.

If the series gets picked for season 2 it will certainly follow the story after the first 6 volumes because the first season already covered the first 6 volumes. We might get to see the adaptation from volumes 7 to 8. The first season begins with Haruka Shinozaki having wild dreams about her class representative, Akiho Kousaka, who has been his crush since the beginning of his first year of high school.

Akiho Kousaka is way out of his league as she is almost perfect at everything she does. She is attractive, gets good grades, excels at sports, and is an admirable person to everyone. When Haruka Shinozaki is put in the same class as Akiho Kousaka, he learns that he is deeply in love with her. He finally decides to confess his feelings and ask her to be his girlfriend. Akiho Kousaka accepted his proposal and vowed to be a good girlfriend to him as she would be dating someone for the first time. As they start dating, he learns that his girlfriend is a bit strange. She comes out with weird questions and takes him by surprise.

NEXT-READ: THE GENIUS PRINCE’S GUIDE TO RAISING A NATION OUT OF DEBT SEASON 2 OUT?