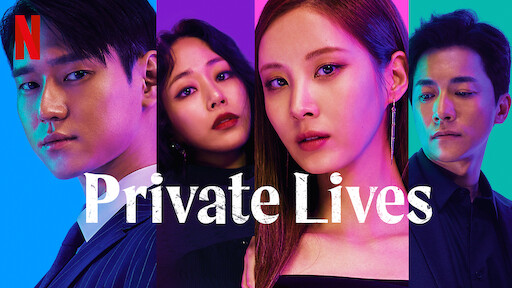 Private Lives is a South Korean crime thriller TV series that was released on October 7, 2020, on JTBC. Written by Yoo Sung-yeol and Directed by Nam Jun-hyuk According to my drama list, 15,461 users have watched the series. It stars Seohyun, Go Kyung-pyo, Kim Hyo-jin, and Kim Young-min in lead roles. The series revolves around con artist Cha Joo Eun and two other swindlers, Jeong Bok Gi and Kim Jae Wook, who go against a corporation that Lee Jeong Hwan works for when they get their hands on secret information that involves the nation.

The series was also released on Netflix with English subtitles. The series is pretty packed with action scenes and also involves some political drama, so it is not something that you can just do without understanding what is going on, because at times the series can get confusing and frustrating for first-time k-drama watchers. The first season was released in 2020 and it’s been years since the first season arrived though it did pretty well for the first season, are you waiting to see season 2 of Private Lives then read the entire article to get your questions answered.

Private Lives season 1 has received boundless love from the audience all around the world, but there is still no news of Private Lives season 2 happening. The series was scheduled to be released in September, but then it got delayed and it was eventually released on October 7, 2020. Even though the series had the potential to have a season 2 with an ending, it looks like the makers thought otherwise. This might disappoint the fans, but Private Lives season 2 is not coming back for obvious reasons. The series did pretty well overseas, but it did not leave any imprint in South Korea, so the makers have already made up their minds to not continue the series. If the series, by any miracle, gets renewed for a second season, we will make sure to give you the updates.

We are not sure what kind of storyline “Private Lives” season 2 will follow. The first season began with a female voice narrating how people have their own private lives and introducing the audience to the law of privacy that ensures the privacy of every individual. But we are a part of society. If we do not share our day-to-day lives, then everyone makes us feel like losers. So, to not stand out from the crowd, we share our private lives and also steal others’ stuff. In Korea, the nation is using shared privacy while engaging with the idea of safeguarding privacy. Joo-eun’s character fabricates her privacy to find happiness. Joo-eun is the daughter of swindler parents who make money by putting on an act and scamming people.

She catches her father pretending to be a beggar, which breaks her heart. The story then opens 9 years later, when Joo-eun comes out of prison. She takes a picture of herself and posts it on her social media account. She gets tonnes of likes and comments in just seconds, which makes her happy. She goes to a restaurant where a guy joins her and asks her to start working as usual. She refuses to work for him, but he insists. The series again takes us back to 9 years ago, when Joo-eun was still in high school and her mother introduced her to the same guy who was in the restaurant for the first time. Her mother tells her that he works in the same branch as her. The series continues to explore the stories of the other two swindlers, Jeong Bok-gi and Kim Jae-wook, as they begin their journey to spy on the corporate company that Lee Jung-hwan works at.

The cast of Private Lives Season 2 has not yet been revealed, but the cast of Season 1 includes Seohyun, who played Cha Joo-eun. Go Kyung-pyo played the character of Lee Jung-hwan. Kim Hyo-jin portrayed Jeong Bok-gi and Sophia Chung, while Kim Young-min portrayed Kim Jae-wook and Edward Kim.

Where To Watch Private Lives Season 2?