Netflix has once again set its gears for an amazingly children’s series, The Last Bus with the audience. Created by Paul Neafcy, The Last Bus is a British science-fiction adventurous television series that is released under the production of Wildseed Studios, and revolves around the Genie Orbs, and how the group of school children deals with it, saving their life.

Is The Last Bus Based On A True Story?

Well, some viewers might think if the series is based on a true story or not. So, here is the answer. As there is not a complete answer whether the series is true or not; but as the series is written and created by Paul Neafcy, it points out that the concept and the story of the series are imagination of him only. Paul was captured by Wildseed Studios while he was posting videos from his bedroom on YouTube, and they both planned this series. And hence, it is pretty clear that the series is just an imagination.

ALSO READ: IS BLACK CRAB MOVIE BASED ON A TRUE STORY?

The story starts with the remarkable day for the billionaire Dalton Monkhouse, who has created some drones with the help of Artificial Intelligence. He has named them “Genie Orbs”, and will help to clean up the atmosphere and save the environment and the ecosystem. A group of school kids is on the journey to celebrate his victory. But, hold on, the bots of the drone start to vaporize the audience in meetings from all over the world with a blue beam, leaving no one alone. Oy eight kids survive, including Nas, Sophie, Misha, Tom, Chelsea, Danny, Bethan, and Josh Collins, who, start their journey to find Dalton to question and solve the ever-growing problem.

Will they trust those bots which have ruined everything? Although the circumstances are poor and have impacted badly, the student is together and hails from a different environment. They share their bond in their journey. Dalton wants to restore the planet’s health and therefore, he made the drones that will just not vaporize everything but, it teleported the humans to sleep and sent them to stasis. Once the carbon levels come to an optimum level he would erase all the memories of all those seven billion people around the globe and, send them to their life again. But, will his plan ever be accomplished when the kids are there?

The main lead of the series is the crew of the school kids which include Moosa Mostafa as Nas, a 12-year old child prodigy, Phoebe De Silvaas as Sophie, Nas’s intelligent older sister, who struggles to find her confidence, Lauryn Ajuro in the character of Misha who is Sophie’s best friend, and an agent of chaos along with Daniel Frogson as Tom and Nathaniel Saleh as Josh, an emphatic class clown that cares for his sick mother.

The viewers also see Carys John as Bethan, the theatre kid with bundles of energy that keeps the group’s positivity going, Marlie Morrelle as Chelsea who struggles to deal with the growing chaos of the group’s predicament, Curtis Kantsa playing the character of Danny, a bully, and a wannabe alpha male and Lara McDonnell playing Lucy who is a social media queen bee and the ultimate “cool girl.” Dalton Monkhouse, played by Robert Sheehan is seen in the supporting role as an eco-scientist along with Tom Basden as Mr. Short, the class’s nerdy teacher, and Nas’s current only friend.

The series premiered on April 1, 2022, with ten episodes of 30 to 40 minutes each. Its concept and the line of imagination are liked by the audience. The child star cast has done a great job, which is too liked by the audience. Children’s fantasy drama series always come up with something interesting and with source material that is out of the league. As season 1 is being praised, its further seasons might receive the same, if gets renewed.

Where To Watch The Last Bus Online?

All the episodes were once dropped on Netflix on the same date. The series has garnered its viewership and became one of the best children’s fantasy drama series.

MUST READ: IS RUNWAY 34 BASED ON A TRUE STORY? 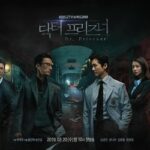 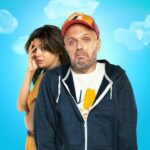