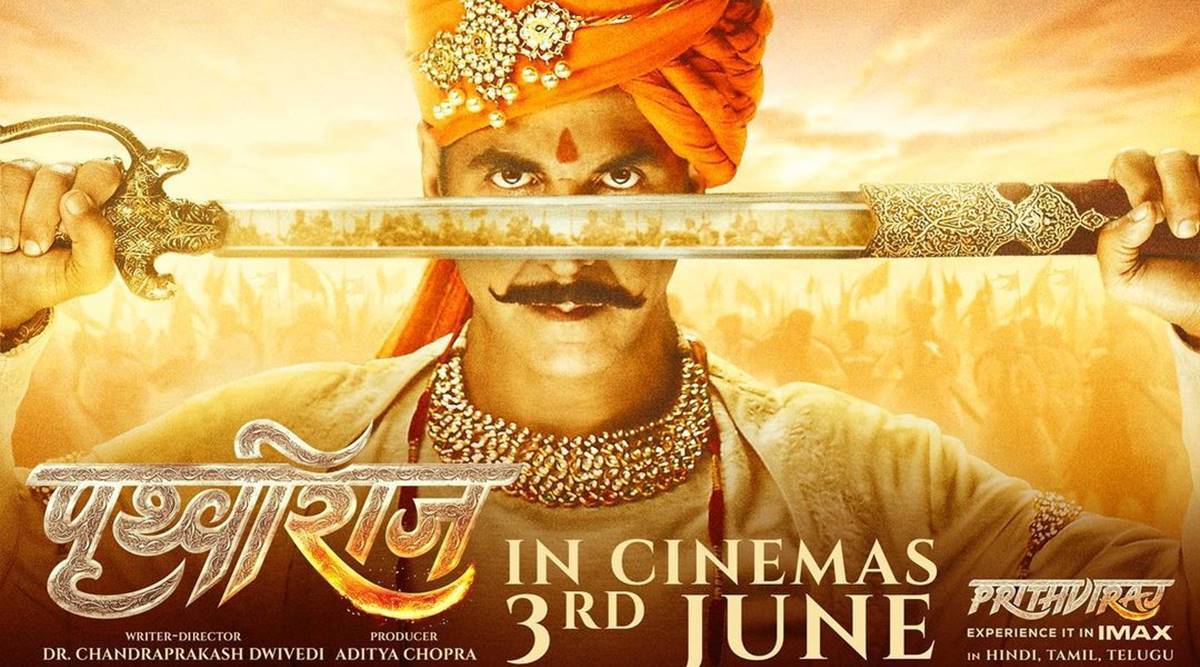 Most of us who have a little interest in history surely have heard the name Prithviraj, and yes, this is exactly the great news every Indian history enthusiast has been waiting for, Prithviraj is actually a movie made by Yash film productions under the direction of Chandra Prakash Dwivedi and is a historical biopic on the life of Prithviraj Chauhan.

The movie not only depicts the heroic life of the king but also depicts the famous love story of Prithviraj and Sanyagoti, the daughter of Jai Chand. And if you don’t know who Jai Chand is, you will have to wait a little longer for the movie to make its release and watch it yourself. the movie belongs to the historical action-drama genre, and based on the response the movie has received with its trailer only, it can be already considered a great hit. The movie also marks the debut of the Manushi Chillar (miss world 2017).

The movie is set to make its release this year only and can be considered as one of the greatest films of this year already, and for any more updates regarding the movie, we will have to wait for a little longer.

Is Prithviraj Based On A True Story?

The movie is completely based on the poem Prithviraj Raso which is written by one of the court poets of Prithviraj Chauhan, Chand Bardai who is also a part of the actual storyline of the movie and depicts the life story of the great king of the Chahamana dynasty. The entire story is completely based on the written records from history and this can be considered as based on a true story. The movie cover very minute details from history and the facts have been thoroughly researched by the writers of the show

The storyline of the movie mainly follows various heroic incidents from the life of the great Prithviraj Chauhan and depicts the greatness of the Rajput, Chahamana dynasty. There is a lot of content based on the love story between Prithviraj and Sanyagoti, the daughter of Jai Chand, and as we know Jai chand is the original ruler whom Prithviraj refused to accept as the supreme king. The story will also follow the great battle between Prithviraj Chauhan and Muhammad Ghori. The show depicts the greatness of Prithviraj not only as a fighter, but also as a lover, ruler, and leader who is trustworthy of his entire army and is ready to even die for him.

The movie shares a great line of actors starting from Akshay Kumar playing the lead role of Prithviraj Chauhan and Manushi Chillar playing the role of sanyagoti. We also see some other great actors such as Sanjay Dutt, Sonu Sood, Manav Vij, Sakshi Tanwar, and Ashutosh Rana. There are many other great characters whom we see as a side cast in the movie. The entire team of the movie has also got some great names who aren’t actors but have contributed a lot to the making of the movie.

The trailer of the movie is already available on the YouTube platform and can be checked out by the audience to know more about the series. the trailer came out on the 15th of November 2021.

The new movie Prithviraj is set to make its release in the theatres on the 3rd of June 2022. The trailer of the movie was released on November 15 of 2021. The actual writing of the show was already finished back in 2010 but the continuous delay made its release set in the year 2020 however due to the sudden pandemic situation, the release of the movie was again delayed to January 2022, but again the omicron variant delayed it release date again, however this time it’s quite confirmed that the movie will not delay any more.

The movie is going to have a 2-hour 15 minutes runtime. The poem that the movie is based on actually dates back to the 13th century and has been continuously updated by the Rajput rulers till the 19th century. Chandra Prakash Dwivedi nearly took more than 2 years to complete his entire research on the character and then the script came into full existence.

Where Can We Watch Prithviraj?

the movie hasn’t yet made its release and for the first few weeks the movie will only be available in the theatres, however, there is a great chance that the movie will come either to Netflix, Amazon Prime, or Disney+ Hotstar in the future, for online streaming purpose.