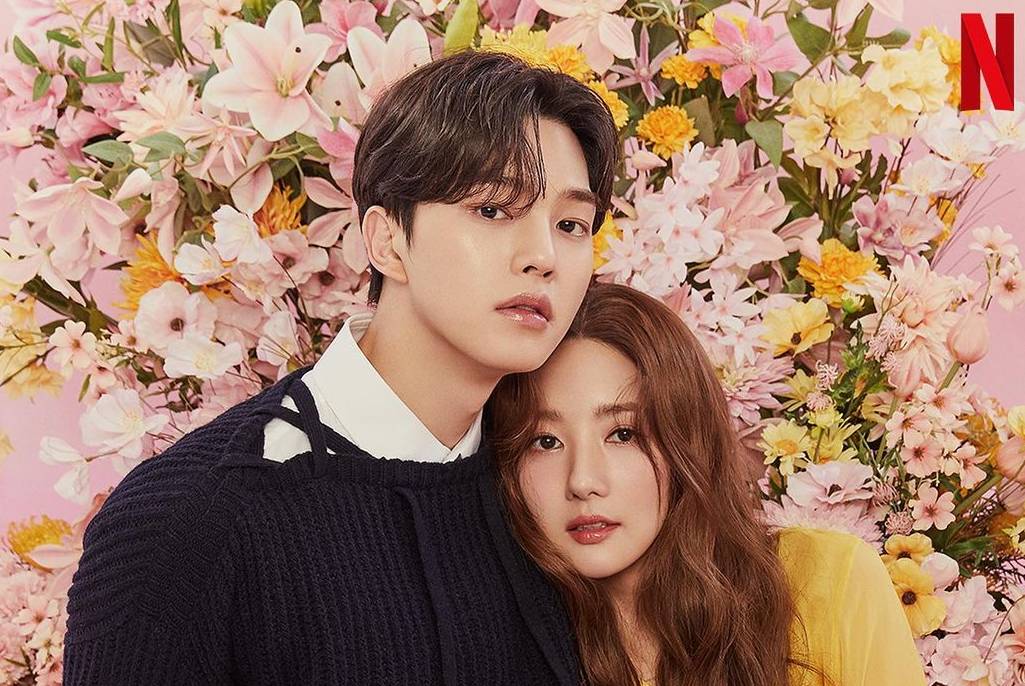 Forecasting Love and Weather is a JTBC Studios production Romantic comedy South Korean drama Written by Seon Yeong and Directed by Cha Young-hoon the series is Created on the Plot Line given by Kang Eun-Kyung. The series aired from February 12 to April 3, 2022, on JTBC. Netflix users must have seen this particular drama popping on their recommendation list, and it’s not surprising at all since lots of Netflix users are hooked to this drama all over the world.

Forecasting Love and Weather depicts the story of Jin Ha Kyung and Lee Shi Woo, who work in the national weather service while balancing their personal and professional life both of them ends up in a secret office romance that does not stay hidden for long. The series has ended this week and if you are in a dilemma as to what to watch next then watch these 10 shows which are similar to Forecasting Love And Weather.

Romance Is a Bonus Book is a 16 episode of Romantic comedy south Korean drama Written by Jung Hyun-Jung and Directed by Lee Jeong-Hyo that aired from January 26, 2019, to March 17, 2019, on Tvn starring Lee Na-young and Lee Jong-suk. The series is rated 8.2 on my drama list by 34,762 users. The series follows the story of Kang Dan Yi a single mother who devoted her 20s to her child and husband after getting a divorce she starts looking for jobs to restart her career but due to gap years, she barely gets accepted into any firm. After a lot of struggle, she finally manages to land a job in a publishing company where she meets her childhood friend Cha Eun Ho who now works in the same publishing company as a chief editor and later becomes Kang Dan Yi’s love interest.

Where To Watch Romance Is a Bonus Book: viewers can stream the series on Netflix.

Run on is a 16 episode romantic drama South Korean television series written by Park Shi-Hyun and Directed by Lee Jae-hoon that aired from December 16, 2020, to February 4, 2021, on JTBC starring Im Si-wan and Shin Se-Kyung. The series is rated 8.3 on my drama list by 26,906 users. The series depicts the story of a blooming romance between national team spinster Ki Sun Gyeom and translator Oh Mi Joo, Ki Sun Gyeom is a son of an actress mom and politician father, his sister is also into sports and is a professional golfer, the series highlights the corruption and abusive culture of professional athletes. The series mainly focuses on the interpersonal relationship of Ki Sun Gyeom and how he deals with the abusive culture of his professional career.

Where To Watch Run On: Viewers can stream the series on Netflix.

What’s Wrong with Secretary Kim is a 16 episode romantic comedy south Korean drama Written by Jung Eun-young and Directed by Park Joon-Hwa the series is based on the 2013 novel of the same name by Jung Kyung-Yoon that aired from 6 June to 26 July 2018 on tvN starring Park Seo-Joon and Park Min-young. The series is rated 8.3 on my drama list by 66,379 users.

The series follows the story of a successful businessman Lee Young Joon and his secretary Kim Mi So who works for Young Joon for the last nine years, Mi So breaks the news to young Joon that she’s quitting the job so she can get married and have a normal life. Young Joon bribes her to not quit and asks her to marry him but unfortunately, she rejects his proposal, the series then follows young Joon persuading Mi so to marry him.

Where To Watch What’s Wrong with Secretary Kim: Viewers can stream the series on Netflix, Viki and Hulu.

She Was Pretty is a 16 episode Romantic comedy south Korean drama written by Jo Sung-hee and Directed by Jung Dae-Yoon the series aired from 16 September to 11 November 2015 on MBC TV starring Hwang Jung-eum and Park Seo-Joon. The series is rated 8.1 on my drama list by 43,660 users.

The series follows the story of a beautiful and kind girl named Kim Hye once she hits puberty her appearance changes drastically after years she meets Ji Sung-Jun her chubby childhood friend who has now turned into a total handsome hunk. Sung-Jun does not recognize her and she asks her friend Min Ha Ri to pretend to be her in front of Sung-Jun. But fate takes a drastic turn when she finds out Sung-Jun is her new boss which turns Kim Hye’s life upside down.

Where To Watch She Was Pretty: Viewers can stream the series on Netflix, Viki, and Kocowa.

Touch Your Heart is a 16 episode of Romantic comedy south Korean drama written by Lee Myung-suk and Choi Bo-rim Directed by Park Joon-Hwa the series aired from 16 September to 11 November 2015 on tvN starring Yoo In-na and Lee Dong-Wook.

The series is rated 8.3 on my drama list by 32,852 users. The series follows the story revolves around attorney Kwon Jung Rok and actress Oh Yoon Seo, an actress who is extremely popular for her looks but poor acting could not save her career as she gets into a scandal with a rich industrialist. Yoon Seo is given a script for a new movie, but with one condition she will have to work as an intern in a law firm for three months. Yoon Seo starts working as a secretary at Jung Rok law firm as their romance starts to bloom.

Where To Watch Touch Your Heart: Viewers can stream the series on Netflix and Viki.

Start-Up is a 16 episode Romance Drama south Korean tv series written by Park Hye-ryun Directed by Oh Choong-hwan the series aired from 17 October to 6 December 2020 on tvN starring Bae Suzy and Nam Joo-hyuk.The series is rated 8.1 on my drama list by 32,037 users. The series the follows story of a young girl named Seo Dal Mi who is struggling in her life she wants to begin a startup with her friend Nam Do San who has been writing her letters for the last 15 years. The story follows the growth of the characters as they pursue their dream by going through ups and downs in their life.

Where To Watch Touch Start-Up: Viewers can stream the series on Netflix.

She Would Never Know is a 16 episode romantic drama South Korean tv series written by Chae Yoon Directed by Lee Dong-Yoon and Ra Ha-na the series aired from 18 January to 9 March 2021, on tvN starring Won Jin-ah, Rowoon, Lee Hyun-wook, Lee Joo-bin, and Lee Kyu-han. The series is rated 8.1 on my drama list by 9,043 users. The series follows the story of Yoon Song Ah and Chae Hyun Seung who have a senior and junior relationship and they work in a cosmetic company. Hyun Seung who has feelings for Song Ah gives her hints from time to time but Song Ah does not think of him as a romantic interest. But Song Ah did not know that she will start an office romance as she ends up falling for Hyun Seung’s youthful charm.

Now, We Are Breaking Up is a 16 episode Romanic south Korean drama written by Je In Directed by Lee Gil-bok the series aired from 12 November 2021 to 8 January 2022 on SBS TV starring Song Hye-kyo, Jang Ki-yong, Choi Hee-seo and Kim Joo-hun. Now, We Are Breaking Up is a forbidden love story of Ha Young Eun a successful team leader of a fashion company, and Yoon Jae Guk a wealthy man. Young Eun goes on a blind date with Jae Guk in place as her friend’s replacement but Jae Guk falls for Young Eun at first sight Jae Guk pretends to be a photographer and works for Young Eun’s fashion project will Young Eun fall for this young guy and open up her heart to him.

Where To Watch Now, We Are Breaking Up: Viewers can stream the series on Viki.

My Secret Romance is a 13 episode Romance, Comedy South Korean drama written by Kim Ha-na and Kim Young-yoon, Directed by Kang Cheol-woo the series aired from 17 April to 30 May 2017, on OCN starring Sung Hoon, Song Ji-eun, Kim Jae-young and Jung Da-sol The series is rated 7.6 on my drama list by 34,617 users.

The plot revolves around wealthy businessman Cha Jin Wook and nutritionist Lee Yoo Mi who spends a night together after getting caught up in a series of misunderstanding and accidents, later Yoo mi starts working at jin Wook’s company’s cafeteria turns out that once a playboy jin Wook has given up his carefree life and works at a company his father owns. Jin Wook still has feelings for Yoo mi and starts finding reasons to be near her.

Suspicious Partner is a 40 episode romantic comedy South Korean drama written by Kwon Ki-young Directed by Park Sun-ho the series aired from 10 May to 13 July 2017 on SBS starring Ji Chang-wook and Nam Ji-hyun. The series is rated 8.3 on my drama list by 42,454 users. The drama follows the story of prosecutor Noh Ji Wook and his intern Eun Bong Hee. Bong hee gets herself tangled in an unfortunate incident and ends up being accused of murdering her ex-boyfriend that’s when prosecutor Ji Wook comes to rescue in between this mystery crime-solving process two of them find each other getting closer than ever.

Where To Watch Suspicious Partner: Viewers can stream the series on Netflix, Viki and SBS world. 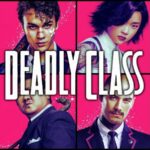 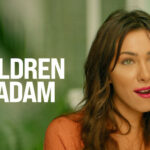