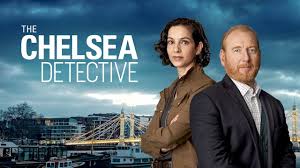 The most strange stories are set in the seemingly most beautiful places. They make for a surreal experience because you don’t expect them to be there. Life feels normal for the initial moments only to take twists and turns that change lives. Chelsea is a place in London that fits the bill, perfectly. We are introduced to the neighborhood as a beautiful place which beautiful inhabitants. It is only with time that different layers are added to it and we realize how Chelsea is not all as fancy as it looks.

The Chelsea Detective is a mystery crime series. It has a rating of 7.5 out of 10 on IMDb. The first episode of the show was released on the 7th of February 2022. One episode was released each week. It hasn’t been long since the release of the first season and yet fandoms are already discussing when will the second season come up. The series had a total of 4 episodes. Each episode has a runtime of around 90 minutes. The makers have not yet announced when will season 2 release. However, considering the positive reviews that the series has received, season 2 will come sooner or later.

The story of The Chelsea Detective follows the life of Arnold. His life is a mix of two extremes. He lives on a houseboat in Chelsea and lives the life of a regular guy. However, he is also an investigator who solves high-profile cases. The series is an Acorn TV original. It is a show that keeps one on the edge of their seats at every minute. The four episodes of the series are named “The Wages of Sin”, “Mrs Romano”, “The Gentle Giant” and “A Chelsea Education”. The show not only delves into their professional roles but also dysfunctional personal lives.

The show makes for an intriguing watch as the police pair of Max and Priya solve complex crimes. It depicts two sides of the world, together. Peace and Violence. Deception and Status. Greed and Justice. Murder and Truth. Whether or not the detective inspectors duo succeeds in completing their various responsibilities is a question that will be answered once you watch the film. Most of the series has been shot in London. The actors have spoken in interviews about how they are super excited for a probable season renewal of The Chelsea Detective.

Where To Watch The Chelsea Detective Online?

The Chelsea Detective is available for streaming on Amazon Prime Video. 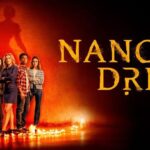 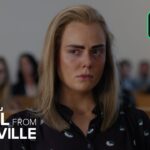