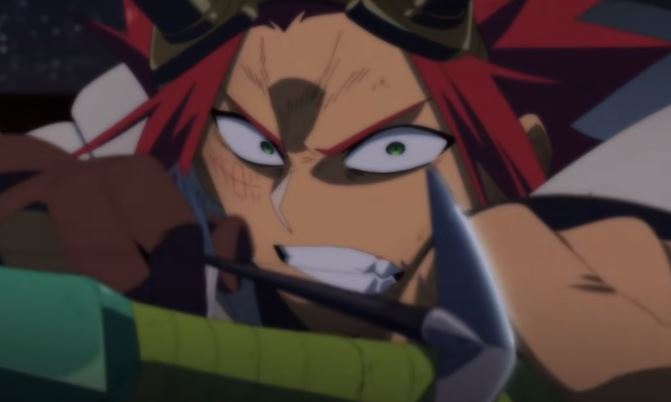 Sabikui Bisco or Rust-Eater Bisco is a Japanese anime television series based on the light novel series of the same name written by Shinji Cobkubo and illustrated by K Akagashi. Directed by Atsushi Itagaki, the series is written by Sadayuki Murai and got released by OZ. The series is set in the post-apocalyptic period of Japan, which shows how a deadly plague-like wind destroys everything bringing everything to rust. Sabikui Bisco has a manga adaption too.

Season 1 ran from January 11, 2022, to March 29, 2022, with 12 episodes with a runtime of 20 to 35 minutes. The light novel and the manga have grossed powerful reviews from all over the world. It has, till now, has sold more than 3 million copies. The anime is also liked by the viewers. The viewers, if looking for season 2, then here is the update.

Till now, the makers, cast, and the network have not announced anything about its renewal. They are still waiting to garner more ratings. Plus, it also depends on the source material, which is plenty of courses. The makers have just used four out of eight volumes for the anime production, and the ratings are also favorable till now. All this leads to a better chance for its renewal. If it gets renewed, the chances are it can land by 2024.

The story of season 1 revolves around the post-apocalyptic period in Japan when an epidemic called Rusty Wind gained access all over the area. Bisco Akaboshi, a mushroom keeper went out on a journey to find the Purify Rust, a mushroom that will cure the epidemic. Bisco, on his journey, meets with Milo, a young doctor, who is also on his journey to find the cure for the deadly disease. They both team up, and there are many obstacles in their way, but they however managed to meet with the immortal man Kelshinha.

Season 2 will proceed further where season 1 is left. The government officials are set to arrest the duo and marked them as wanted criminals. As the two partners helped many people in curing the disease, the police are after them to arrest them, as they were curing people for free. Will they be behind the bars, or be able to find the cure for the disease?

Season 1 had the main lead of Bisco Akaboshi, voiced by Ryota Suzuki and Kyle Igneczi. He is the mushroom keeper and is labeled as a terrorist who has a bow and an arrow, which after getting out of command grows a variety of mushrooms. Along with him, Milo Nekoyanagi was seen in the voice of Natsuki Hanae and Brandon McInnis who is a young doctor having excellent medical skills. He teams up with Bisco and modifies his arrows with chemical agents and explosives. Pawoo Nekoyanagi was voiced by Reina Kandō and Anastasia Munōz is Milo’s older sister who is a member of Imihama Watch.

Jabi is voiced by Shirō Saitō and David Novinski who is an old mushroom keeper who is suffering from the Rust disease. Kurokawa is voiced by Kenjiro Tsuda and Josh Putnam and is the chief of the Vigilantism, who rules over the region. Tirol Ōchagama, who is voiced by Miyu Tomita and Brittney Karbowski works as a mechanic but also has a side business as a traveling merchant. She fled after the rust disease. Season 2, if gets renewed, will encounter the same cast plus the new one too. Till now, there is no news and updates on the cast of season 2, but it will be available soon.

Season 1 got released on the original network of Tokyo MX, BS11, and ytv. Season 2 will also release on the same network if gets renewed. Well till then, the viewers can watch season 1.