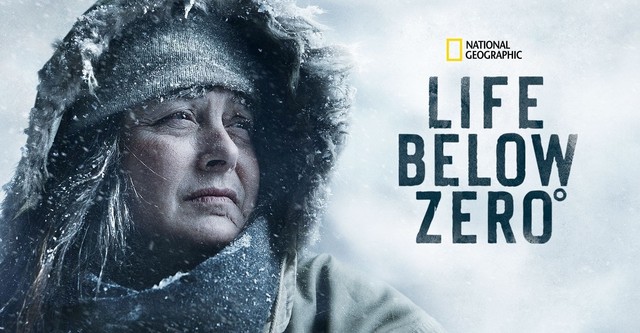 Produced by BBC Worldwide Productions, Life Below Zero is a documentary series that premiered on 19 May 2013 on National Geographic. The series is filmed in Alaska, USA, and currently has 18 seasons and over 150 episodes in total. The episodes of this documentary series have an average runtime of about 60 minutes.

The series has had a long list of executive producers since day one. This list includes Joseph Litzinger, Travis Shakespeare, Kevin Tao Mohs, Jane Tranter, Tim Pastore, and Elli Hakami.

The show aims to depict the hardships, dangers, and obstacles of living in the remote areas of the state of Alaska. The show has done so well, especially in terms of being appreciated for its cinematography, and has been nominated for and even won many awards accordingly.

Though the show has a large audience and has continued for such a long time, no renewal has been made yet. The show will most likely get renewed for a 19th season sometime later as season 18 concluded only recently. It is very rare these days to see a show cross the 15 season mark.

If season 19 is announced, it will likely follow the same premise as before. There will be fresh content as life in Alaska has different struggles every day and new challenges will certainly arise as the world progresses.

This adventure and reality-tv-based documentary series follow the daily life of those who live and thrive in the remote areas of Alaska. This includes how they have adapted to the climate, their everyday lifestyle, work, the challenges of living in a remote and frigid place, the dangers that lurk at every corner, and so on. In Season 18, the first episode is about the arctic spring, and how it brings about new opportunities as well as new problems. Episodes 2 and 3 have a similar theme and follow up on episode 1, and how the dwellers proceed with the warmth and growth of spring.

This includes newly open waters and even animals coming out of hibernation. From episode 4, summer is in session, and we see that there are a lot of valuable lessons to be learned during this time, especially survival skills. Episodes 5 and 6 see the residents of remote Alaska make the best of the long hours of sunlight and eventually prepare for the coming fall. The season of fall is covered in episodes 7 and 8 where though the weather is changing, it is still mild compared to what is ahead. They use this time to learn, analyze and prepare for the tough winter.   Finally, in episodes 9 and 10 winter arrives along with the freezing temperatures and strong winds. The residents must use all the skills and tools they possess to face these harsh conditions. In the Finale, they pass down these skills and traditions to their children, so the next generation is prepared to face the Alaskan wilderness.

The major cinematographers involved in the making of this documentary are Micheal Cheeseman, John Griber, Simeon Houtman, Danny Day, Joe Parker, Terrence Pratt, Ben Mullin, Benji Lanpher, Oliver Lynch, Mark Carrol, Jesse Phinney, Alan Weeks, James Holland, Jim Surette, David Lovejoy, and Mark St. Marie. There are a few more cinematographers who have also contributed to about 1-4 episodes. This whole group is the reason for Life Below Zero receiving all the appreciation and awards for cinematography.

Where To Watch Life Below Zero?

This show airs on the National Geographic channel. There are also a few episodes available to watch on their official website, though availability varies by location.

RELATED ARTICLE: School Of Chocolates Seasons 2 Release Date And All Other Details!