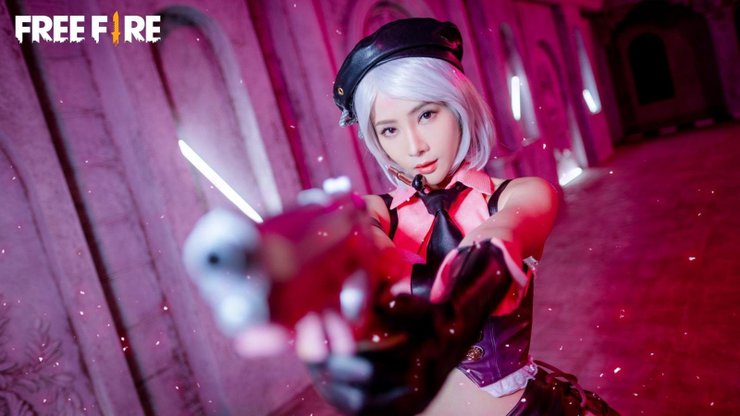 Free Fire is a battle royale kind of game developed by 111dots Studios and can be played online on mobile. Up to 50 people must land on the island and clean up resources, equipment, and weapons to defeat other players. In addition to the 2018 Google Play Store’s “Best Popular Choice Game” award, the in-game championship is also the third most viewed content on YouTube. Players can download the game from App Store and Google Playstore. Free Fire is one of the most popular mobile games these days, XNUMX, and Garena continues to regularly offer new in-game content to keep players involved in the game.

One of the most popular features in the game is the character. All of them have their own ability to gain an edge over their opponents. Free Fire has a unique character system with advantages that can help you play the game and help you achieve victory. Also, the different character systems have their own unique gameplay, each with its own unique playstyle. Free Fire games have different characters with different abilities, you have to choose a character in the game and play with him. To start the game, you need to know the characters and what their abilities are. In this article, we share both the best Free Fire game characters available for free and some paid for. So, if you want to know who to invest in and who is worth training and playing, check out this article.

Misha is a passive character, she is very well known for her racing skills. She has the ability to increase your driving speed by 15 percent along with the ability to decrease damage taken inside a vehicle by 23 percent. She is an extremely agile character that many people use to reduce the damage done by the enemy during gameplay. Misha is highly beneficial in VR mode as players get vehicles in the gameplay. Misha’s character can be purchased with 8000 gold coins from the free-fire store.

Shani is a professional engineer who can recycle character equipment. She can repair the health and durability of armor and helmets She is a character with special survival skills. Every time she kills she can repair her armor, restoring her armor’s durability, extra durability can improve armor up to level 3. If players get Shani’s character they can upgrade their vest with every kill they make. Shani will help repair your character’s armor and keep it fresh on the battlefield. Shani’s character set is Shani’s suit, Shani’s character can be purchased with 499 diamonds from the Free Fire Store.

Paloma has a painful past that is not often told growing up in the poorest suburbs of her country, the Queen of Beauty was a role model for all girls. But now she is the epitome of evil, the arms dealer who rules the underworld in her hands. This character has special survival skills. ” handling weapons “. This character can carry AR ammo without taking up inventory space. You can carry more Medikits, explosives, and more. Can carry up to 180 AR ammo that doesn’t take up space in your inventory. Players can buy Paloma’s character with 499 diamonds from the free-fire store.

READ MORE: 12 SHOWS LIKE THE FAME GAME THAT ARE INTERESTING!

Moco is considered a legend in the cyber world, she is also known as “chat noir” for her excellent skills and intelligence. She s quick-witted she can hack into the computers without living any traces behind. Character Moco has special survival skills ” Hacker to see “. Moco has the ability to mark enemies that she has shot for a few seconds along with the ability to mark the enemy’s location for further 6 seconds if they make a movement which eventually benefits the teammates in the gameplay. Players can buy Mocos characters with 499 diamonds from the free-fire store.

Laura is an excellent special agent from an early age, she was a natural sniper with extraordinary talent and shooting skills laura has only one dream she wants to bring justice to the world. She is a sharpshooter if the player prefers sniper, laura is the absolute best choice for them. Laura has the ability to increase 35 percent efficiencies of your gun while scoped in. Laura’s character set is a special agent costume and windbreaker. Players can buy Laura’s character with 499 diamonds from the free-fire store.

Kelly is a high school student who loves to run she always moves forward, even if there are obstacles. Kelly is also the game’s “poster girl”, featuring most of the game’s promotional art and banners. She has the special ability “High-Speed ​​Race”, which allows her to move faster than other standard players at fantastic speeds. The Kelly character gives you 1% – 6% faster speed than normal players. She can unlock more speed by unlocking levels. This skill allows her to easily dodge and attack enemies. She is a detonation velocity runner her skill is passive dash run which increases her sprint speed by 1 percent. The character is not particularly noticeable, but the ability has improved due to the renewal, and it can be used as the main character. If you want to roam the map and play stealth while covering your team, this character may be the best choice. Players can buy Kelly’s character with 199 diamonds from the free-fire store.

Kapella is a talented singer known by the nickname “Savior”. Because of her songs, she has helped a lot of people get out of the deep end. She has a very special survival skill, ” Healing Song “, which increases the effectiveness of healing items in the game. Kapella’s special ability also reduces the HP loss of her teammates. Kapella’s character can heal 10-30% more than normal players. She can unlock more levels by unlocking them. Players can buy Kapella’s character with 300 diamonds from the free-fire store.

Dasha has the ability to reduce its damage during falls, and Dasha recovers quickly in comparison to other characters. Along with these abilities, Dasha is an excellent gun handler player who picks this character because Dasha has the ability to increase her gun’s accuracy by 10 percent along with the ability to reduce its gun recoil by 10 percent. She is a four-in-one character basically with 4 excellent abilities which is the reason why she is also extremely popular among the players. Dasha’s Character can be purchased with 100 Diamonds from the free-fire store.

caroline is a talented snipper she has excellent short gun handling skills. Players who prefer short guns can use caroline to get better efficiency at handling short guns unlike any other female characters if you use caroline while using a short gun she increases your efficiency by 8 percent with better smooth movements. She is very popular among the players because of her cute aura and soft looks but apart from her appearance, she is one of the most amazing characters in the free fire. Caroline’s character can be purchased with 499 Diamond from the free-fire store.

A124 is an active skill character she has the ability to convert ep into hp, this is one of the best characters for those who always have a hard time due to less hp. firstly you have to collect up in order to get hp which at times may not be the best option but since the character has the ability to convert 60 ep into hp within 4 second that can be proved to be handy at times that’s why certain players prefer this character over any other character at times. A124 character suit is a cyborg set of A124 and AI jacket, Players can buy A124’s character with 499 diamonds from the free-fire store.

Nikita is a professional bodyguard with the ability to increase submachine gun reloading time by 16 percent. she is known to be an SMG expert by the players for her excellent skill to handle SMG guns with maximizing her reloading ability. Players who prefer guns like Thompson are a fan of Nikita and prefer her over any other female character. Nikita’s character benefits include a 24 percent quick reload with SMG guns in comparison to the other characters. Nikita’s character can be purchased with 2000 gold coins from the free-fire store.

Olivia is the character with a healing touch she is the best character option for those players who prefer squad gameplay, she has the ability to provide an extra 80 hp whenever she revives a player. A player mainly gets 20 hp after getting revived but along with this hp, Olivia’s character provides an extra 80 hp which in total makes 100 hp for the character. Those who are new to this game can try out this character at an early stage to get better chances to survive during squad gameplay. Olivia’s character can be purchased with 2000 gold coins or 199 diamonds from the free-fire play store.

ALSO READ: Help! I Wrecked My House Season 3 Release Date And Other Updates!