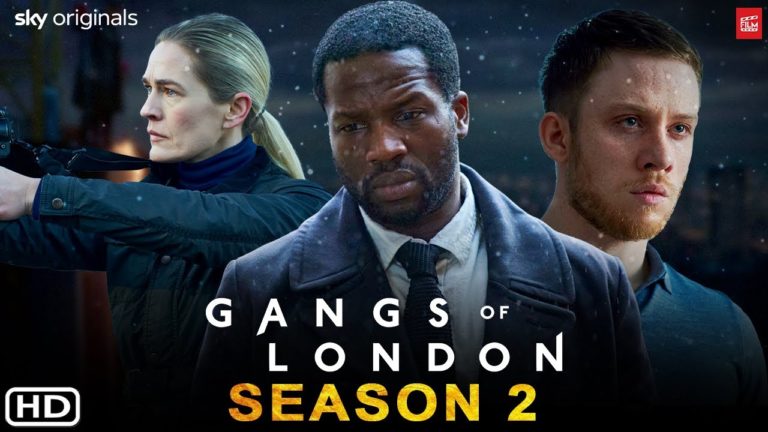 If action crime drama is something that instigates you and makes you fall in love with this genre, you must have come across the  British action, crime, drama television series produced under the label of Pulse Films & Sisters, named Gangs of London. Alongside, it’s kind of based on the very significant event of open-world video games in 2006, which is actually popularized by the same name, hence bridging the critically acclaimed and riveting storytelling to every nook and corner of society. The series is very much portrayed in the heart of London showing the raw reality of the power struggles between the many gangs, despite belonging from the local or international, in the quest to exert their own influences and control over the entire city. Moreover, the furious and exquisite characters made this series one of the chin droppers of 2020 and would not let us down.

Despite the assurance that this will be released as the production was on duty from July 2021 in the middle of the pandemic and has reportedly finished their filming on 14th December 2021, the official announcement of the release date is not made yet. But we know that the wait is now just some counting days. Rumors are circulating that this would be in the grasp of our hands within mid to late 2022.

MUST-READ: When The Fans Are Expecting Wayne Season 2 Release Date?

The story found its rise with Finn Wallace portrayed by Colm Meaney, who was the most powerful criminal in London for 20 years with a sea of rivals and unfortunately was found to be killed later. Circumstances made his son Sean Wallace depicted by Joe Cole ascend him and hence with the assistance of the Dumani family headed by Ed Dumani and hence causing several events of ripples in the world of international crime. That’s how the story finds its way to proceed. At the end of season one, it was prominent enough that the collapse of the entire Wallace Dumani empire,  lack of well-maintained order seems to bud out along with the chaos of a gold rush that kept on threatening the city with gangland anarchy.

Now as the second season’s teaser was released, the expectations and wild guesses about the plot have started to spread. One of the centers of attraction in the rumors is questioning whether Sean has survived after the final twist of last season where Elliot, the undercover cop, betrays Sean and ends up shooting him according to the orders of the Investor. Another point that is expected to be seen is how the world of the gangsters reacts to it. Well, on the other hand, everyone seems to be excited about the romantic chemistry between Elliot and Shannon, Ed Dumani’s daughter along with a bunch of never seen before actions and dynamic twists that would result in another record-breaking celebrated season of this drama.

Well, there is no doubt the cast list of this tv series is extraordinary including Sope Dirisu putting a face to Elliot Finch, Michelle Fairley as Marian Wallace, Brian Vernel portraying Billy Wallace, Pippa Bennett-Warner enacting the character of Shannon Dumani, Lucian Msamati would be seen as Ed Dumani, Paapa Essiedu as Alexander Dumani, etc. Now the return of Joe Cole would solely depend on the plot, if they want the character to revive and put an impact on us for another time, then we will see Joe Cole framed as Sean Wallace. Several new characters are being included and they are being played by some big names like Jasmine Armando, Waleed Zuaiter, etc. Now it would be a crime not to appreciate the work of the entire production team who deserves the limelight for their hard work in making this series stand out.

No official trailers have been released yet but a teaser was released by the Sky Atlantic Association on 17th December 2021, that gives a very short and brief sneak peek into what a powerhouse of a series is on its way to putting its second step in the market. But we can expect the trailer to be released very shortly.

Where To Watch Gangs Of London Season 2?

The first season is found at the ‘Sky Atlantic’ with a NOW Entertainment Membership from 23rd April 2021. And similarly, the second season will be available only there as the ‘Sky Atlantic Originals’.