Pachinko is a multi origin drama tv series that is based on the 2017 New York Times bestselling novel of the same name by Min Jin Lee, the series is created by Soo Hugh, directed by Kogonada and Justin Chon starring oscar-winning Minari actress Youn Yuh-Jung and Koreas beloved Hallyu star Lee Min-ho. The series premiered on March 25, 2022, on Apple TV+, first season of the series contains 8 episodes each 60 minutes long. The series follows the life chronicles of Sunja the main protagonist of the series the story deals with a Korean family that emigrates to Japan in pursuit of the hope to find happiness.

The first timeline follows the Japanese occupation of Korea which began in 1910, exploring the adverse invasion Sunja assists her sister’s household she learns fishing the brutality of the Japanese police on the severe poverty illustrates the struggling country this recollection sends sunya into ancient days. In 1989 the timeline Focuses on her grandson Solomon an American educated banker who is sent to Tokyo to make a deal with a Korean landowner this trip leads him to reunite with his family. If You’ve already seen the first three episodes and the wait for next Friday is killing you in the meantime you can take a look at any of these 10 shows that are very similar to your current favorite series pachinko.

Hymn of death is a 6 episode mini-series based on the true story of Kim Woo-Jin and Yun Shim Deok written by Jo Soo-jin and directed by Park Soo-jin starring Lee Jong-suk and Shin Hye-sun. The series follows the tragic love story of playwright Kim Woo-jin and first soprano Yun Sim-deok, the series deals with economical hardship, tension, and sacrifice under Japanese occupation. The story begins in Tokyo in 1922 when Korea was under Japanese occupation, Kim Woo Jin and Yun Shim Deok both were studying in Japan. They first meet at a play that was written by Kim Woo Jin himself, and their life takes a tragic turn because of their first encounter. Pachinko and the hymn of death both are based on life events during Japanese Colonial Rule, both the series deals with forbidden love just like the main protagonist Sunja Yun Shim Deok also discovers about her lover’s marital status.

Where To Watch Hymn Of Death: The series is available on the streaming platform Netflix.

Mr Sunshine is 24 episodes historical tv series Written by Kim Eun-sook and directed by Lee Eung-bok starring Lee Byung-hun, Kim Tae-ri, Yoo Yeon-Seok, Kim Min-jung and Byun Yo-han. The series is based on the historical event that took place during the Joseon dynasty it follows the journey of Eugene Choi now a United States Marine Corps officer who was once born into a slave family and his entire family got murdered but he manages to escape to America as he grows up he joins the American army and then he gets sent back to Korea where he meets a noblewoman named lady Go Ae Shin who is a member of the righteous army who are fighting for the independence of Joseon. The show then follows the love story of Go Ae Shin and Eugene Choi torn between the political tension and suffering within the country. Like pachinko, Mr. Sunshine follows the story of heartbreaking events during Japanese Colonial Rule with a strong and focused female protagonist.

Where To Watch Mr Sunshine: Mr. Sunshine is streaming on Netflix.

Chicago Typewriter is a 16 episode tv series Written by Jin Soo-wan and Directed by Kim Cheol-kyu the series stars Yoo Ah-in, Lim Soo-Jung, and Go Kyung-Pyo as main characters. Chicago Typewriter is a dual narrative story that takes place in Joseon Japan occupied Korea the story begins with current day Han Se-Joo the main protagonist is a popular author also known as Korea’s Steven king his recent novel does extremely well all over the world after the huge success of his novel he goes on a tour to few cities in America he then arrives in Chicago and holds an event where he spies on a typewriter which happens to be a typewriter from the Joseon era he gets interested in the typewriter and makes his mind to buy it but that does not happen until later when the typewriter gets delivered to him by Jeon Seol the epic saga of the past and the present begin involving concepts reincarnation and ghosts, followed by heartbreaks. Both pachinko and Chicago Typewriter are set during the Japanese occupation of Korea involving heartbreaks and flashbacks.

The bridal mask is a 28 episode period drama tv series based on a popular Korean manhwa Gaksital by Huh Young-man Written by Yoo Hyun-mi and Directed by Yoon Sung-Sik starring Joo Won, Jin Se-Yeon, and Shin Hyun-Joon. The story takes place in the colonial era, the main protagonist Lee Kang-to becomes a Japanese police officer and betrays his country because of poverty. A masked man fights for independence, tragedy and redemption starts when lee Kang to us tasked to hunt down the masked man who turns out to be his brother Lee Kang-san. Both pachinko and bridal mask follow the same theme of romance, politics, and historical events along with concepts like racism and xenophobia.

Where To Watch Bridal Mask: Bridal mask is streaming on Amazon Prime Video.

Inspiring generation is a 24 episode period drama Written by Chae Seung-dae, Directed by Kim Jung-Gyu and Ahn Joon-Yong starring Kim Hyun-Joong, Im Soo-Hyang, and Jin Se-Yeon as main leads. The series deals with a fantasy of love, loyalty, and friendship the main protagonist Shin Jung Tae gets accused of murdering his father at the age of 15, from then on Shin Jung Tae never looks back and fights in the city of shanghai and eventually becomes one of the best fighters in the continent. Pochinko and the inspiring generation deal with the concept of the struggle for power under Japanese Colonial Rule.

Where To Watch Inspiring Generation: Inspiring generation is streaming on Netflix.

Different dreams is a 40 episode historical tv series Written by Jo Kyu-won and Directed by Yoon Sang-ho starring Lee Yo-won, Yoo Ji-Tae, Lim Ju-hwan, and Nam Gyu-Ri. The story follows the life of Lee Young-jin a Korean-born surgeon who is raised by a Japanese family fights for her country’s independence. Just like pachinko different dreams follows the story of a girl during Japanese colonization centered around the struggle for freedom.

Where To Watch Different Dreams: Different dreams is available on the streaming website Viki.

One day at a time is a 46 episode comedy tv series that is based on the 1975 sitcom of the same name. the series is developed by Gloria Calderón Kellett Mike Royce Starring Justina Machado Todd Grinnell Isabella Gomez Marcel Ruiz Stephen Tobolowsky Rita Moreno. The series follows the life of a Cuban-American immigrant family their everyday life tackling modern issues following traditional values and finding warmth and comfort through their family. Pachinko and One day at a time deal with family issues and values that they want to enroot in their present generation.

Where To Watch One Day At A Time: The series is streaming on Netflix.

Little American is an 8 episode anthology tv series based on Epic Magazines “Little America” starring Suraj Sharma Jearnest Corchado Rishi Danda Conphidance Mélanie Laurent Kemiyondo Coutinho Shaun Toub Angela Lin. The series depicts the story of immigrants in America inspired by true events, heartfelt journeys of their life from their point of view. Pachinko and Little America both deal with the challenges and struggles of immigrants in a country where they try to find happiness and love.

Kim convenience is a 65 episode comedy tv series based on the play of the same name by Ins Choi Developed by Ins Choi and Kevin White Starring Lee Jean Yoon Paul Sun-Hyung Andrea Bang Simu Liu Andrew Phung Nicole Power. The series is centered around a Korean Canadian family where Mr. Kim and his family go through an epic adventure to manage their convenience store in the neighborhood of Toronto. Both the series deal with the theme of immigration and the desire to be accepted in an unfamiliar country.

Fresh off the boat 116 episode comedy tv series created by Nahnatchka Khan series is based on an autobiography of the same name by Eddie Huang. Starring stars Randall Park, Constance Wu, Hudson Yang, Forrest Wheeler, Ian Chen, Lucille Soong, Chelsey Crisp, and Ray Wise. The series revolves around the life of a Taiwanese immigrant Huang family, who settles down in America in the hope to find a better opportunity to grow and develop their family. Pachinko and fresh off boat both deal with the concept of immigration and the social-cultural hindrance that they face in an unfamiliar country.

Where To Watch Fresh Off The Boat: Fresh off the boat is streaming on Hotstar. 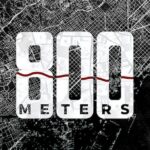 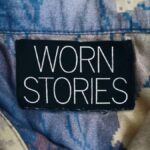