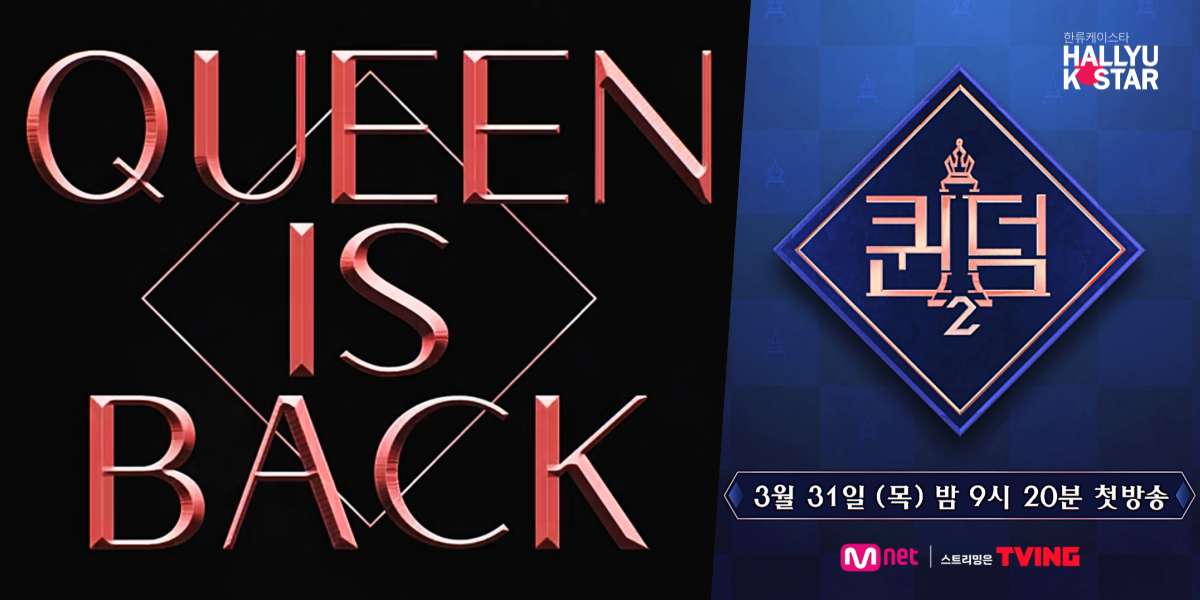 Queendom is a South Korean variety tv music competition the show first aired on August 29, 2019, on Mnet, where six Korean girl groups compete in the program to make it to the final stage. Mnet has also created boy group spin-offs “Road to Kingdom” and “Kingdom: Legendary War” after the huge success of queendom.

The show is now coming back with the second season this summer and viewers are thrilled to see their favourite girl group act on the program. The last season of the show was hosted by Lee Da Hee, Jang Sung Kyu including 5 girl groups AOA, (G)I-DLE, Lovelyz, MAMAMOO, OH MY GIRL and soloist Park Bom.

Survival shows are generally very popular among the viewers because they also get to vote for their favourite participants and enjoy lovely performances by them. Not to forget they also get to see a different and competitive side of their favourite performer. Queendom Season 1 was a massive hit which made the viewers more demanding they’re looking forward to seeing some different concepts this season followed by a variety of thrilling stages.

The show focuses on the six-girl group, where they prepare for their performance on every stage, and the viewers act as the judge to pick their favourite performer by voting for them. Last season six girl groups got into a fierce battle to make it to the top, they released their singles at the same time and the audience decided their position by voting for their favourite single.

The program had 3 preliminary performances and 1 live comeback stage, the fans then voted for their favourite performance, and the performance that got the most votes was declared the winner of the show. The winning act gets the privilege to showcase their new song along with their other hits, last season Mamamoo was declared the winner, and girl group Oh My Girl placed second on the program. If the second season follows the same pattern as the last season we might get to see the six girl groups competing for the no-one position.

The show aims to find out who’s really at the top, six girl groups that represent pop make their comeback simultaneously, queendom is a bold competition that will settle the queens once and for all. The show then begins with the battle of the comeback, host lee Dahee introduces the audience to the show a battle of a comeback with k-pop pride on the line facing competition with one another.

AOA who debuted in 2012 gives their first performance, they tell the audience that they feel like this is a new journey for them, they want to hear that they’re still doing great even after long. They believe that there’s nothing to be scared of even if they win or lose there’s nothing to feel sad about, followed by the performance of Lovelyz who wants to break the stereotype of the girlie concept and is willing to show their powerful side. Then girl group Mamamoo, (G)I-DLE, OH MY GIRL and soloist Park Bom showcase their performance from then on their journey to queendom begins.

Mnet has revealed in January that girl generations member Taeyeon will be joining the other girls in their journey as the host of the show. comedian Lee Yong-jin will be guiding the girls as their queen manager. Contestants line up includes four-member girl group Brave Girls who took over the internet with their viral hit “Rollin”, 3 member girl group VIVIZ, 13-member girl group WJSN, 12-member girl group LOONA, newly debuted girl group Kep1er who are formed from Mnet’s survival show Girls Planet 999, and soloist Hyolyn a former member of girl group SISTAR.

Where To Watch Queendom Season 2 Online?

Queendom Season 2 is available on the American video streaming platform Viki, viewers can catch up to the previous season of Queendom on Viu.