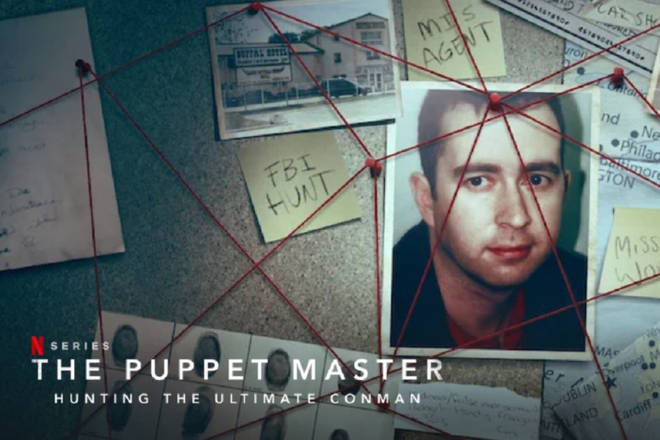 The puppet master is a British crime documentary tv series, directed by Sam Benstead and Gareth Johnson that premiered on January 18, 2022, on Netflix. The series unfolds the horrific story of conman Robert Hendy Freeguard who shattered the families of the victims that are still looking for answers, it is one of the most gruesome cases of all times Robert not only manipulated his victims but he also committed brutal crimes such as kidnapping and theft until he was sentenced to jail.

Viewers have started to take interest in unscripted real-life events whether it’s crime documentaries or historic mystery documentaries, Fiction, drama, and rom-com series are for binge-watching but so are these documentaries. Fans have taken a serious liking to this series because of its realistic approach and emotional connection with the victims. The basic purpose of this kind of documentary is to aware the viewers of the happenings around the world so that they can educate themselves about true crime incidents. One of the reasons why crime documentaries are taking over streaming platforms Is because people enjoy watching series that build up the suspense and give them an adrenaline rush.

People who have been seen the series might be looking forward to the second season because at the end of the last season the makers left some mysteries untold that might be revealed in season 2. Unfortunately, Netflix has not provided any kind of information about its cancellation or renewal yet so we can just assume if Netflix does decide to renew the series will be back by late 2022 or early 2023.

A conman pretends to be a secret MI5 agent and sometimes later a guy named David started dating a woman named Sandra, moves into her house, and started controlled everything in their life, he used her as a puppet to control her every move it was like he was pulling her strings in the background, he wanted her all to himself the kids had no idea who was this guy and what did he want some victims family said that he was after the money, some said he wanted sex, some even described him as a psychopath. The police described him as someone who lived off the radar, lived in the shadow, it was like they were chasing a ghost

The first episode begins with two kids giving a message to their mother ” Sandra”, then the daughter continues to tell her mother that no matter what happens they will always be there for her, the son then appeals to her mother that if she’s listening to this it doesn’t matter what they’ve been through they still love her and want her back in their lives. The series opens in 2020, where daughter “Sophie” shows a collection of pictures to the camera and shows her favorite picture of her mother she describes that she has an uncanny resemblance to her mother and in fact, everyone who sees her mother’s childhood pictures think that it’s her.

She confronts how growing up her friends would always say that they wish their mother was like hers and how everyone thought that she was cool. son “Jake” describes his mother as someone very kind and very caring everything she did was for them. “Mark” the ex-husband recalls some of the fond memories of them before their divorce.

The story then moves on to 2011 when one night she gets a phone call and she tells her daughter that she’s chatting with a guy named David, Jake recalls him as someone that worked in media and sold advertising space to large companies. Sophie tells that David loved cars, he liked expensive things her mother never had a new car so it was exciting for her to be able to have what she never had and how Sophie felt like she was finally getting something she deserved everything seemed nice until they lost touch with their mother.

Where To Watch The Puppet Master?

The first season of the series is streaming on Netflix.