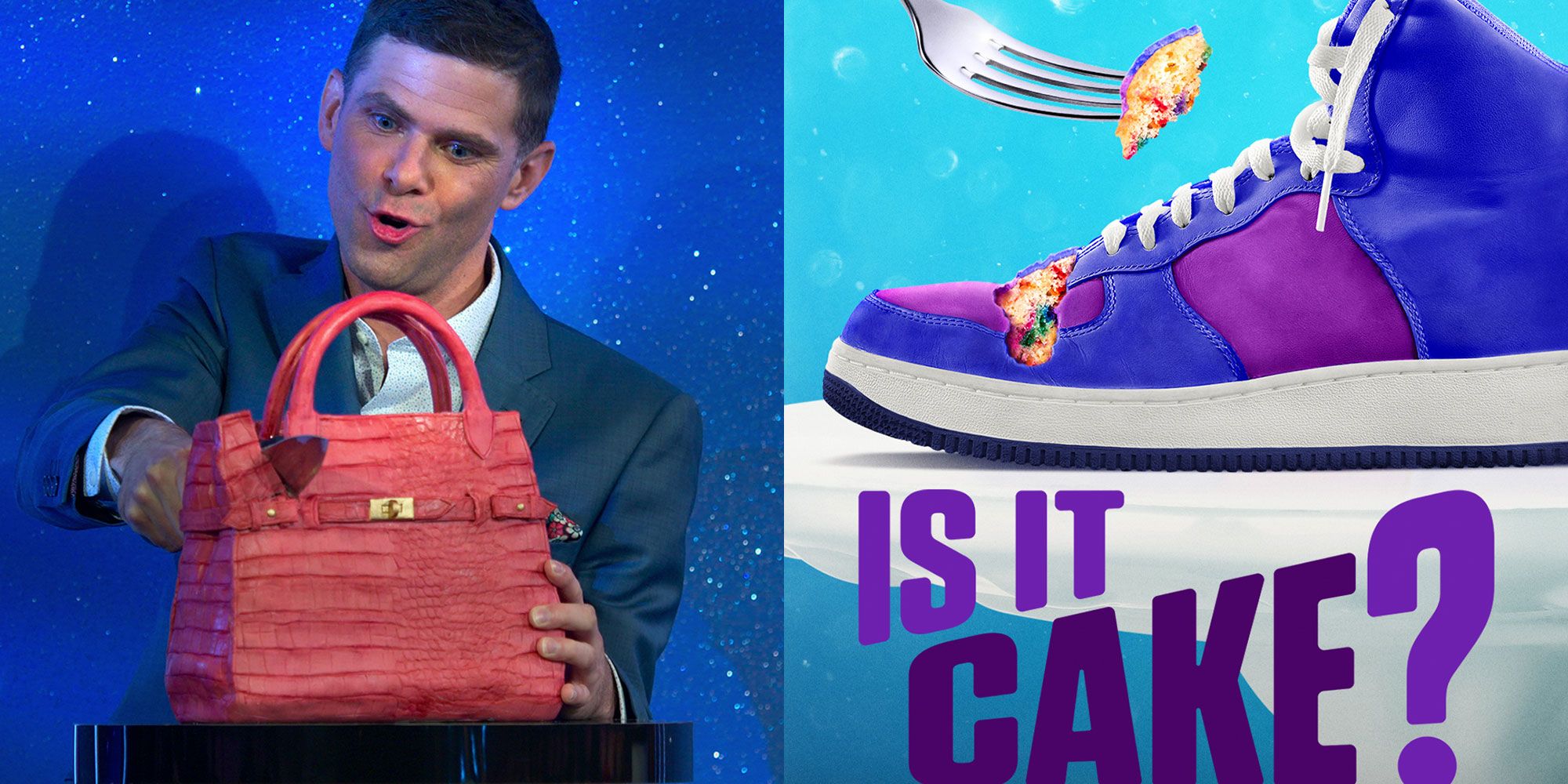 Is it cake is an American reality tv series, that premiered on Netflix on March 18, 2022, the series has 8 episodes each 40 minutes long. The series is hosted by actor, comedian, and writer Mikey Day who is well known for his appearance in Saturday Night Live,

The reality tv series focuses on a group of skilled cake artists who compete on the show to make exact replicas of everyday objects from ducks, handbags to many more such creative cakes inspired by popular TikTok memes. Do the cake stands hold a single cake along with other objects that are just exact replicas of the cake and the host Mikey Day asks the judges is it a cake? In the series 3 finalists who make it to the last episode compete for a grand prize of 50 thousand dollars.

The series is mainly based on the format of the Viral TikTok Cake cutting trend where cake makers present the viewers with cakes replicating daily life objects and viewers had to guess if it’s a cake or not. This trend was a huge hit during 2020 on TikTok and everyone’s FYP was filled with this content Netflix has now taken the opportunity to bring that trend as a reality tv series for the audience.

Is It Cake? Season 2 Release Date

You might have binge-watched the entire season in one go and eagerly waiting for any news regarding season 2. Unfortunately, Netflix has not revealed any information regarding its renewal yet, though we’re hopeful since the series is based on the TikTok trend viewers have taken quite a liking towards the show. The series was released on March 18 and it’s too soon for Netflix to decide its renewal, Netflix might decide about continuing the series after seeing how well the series perform after a few months. If Netflix decides to bring it back for season 2 the series could return by late 2022 or early 2023 as the earliest.

Is It Cake? Season 1 Recap

The series follows the same pattern of episode throughout season 1 where a group of bakers has to create their cakes resembling daily life objects, and confuse the judges by making them decide between real-life objects and cake that are kept in the cake stand and win a big sum of money through this process. The show might seem repetitive at first but that’s not the case is it cake is as fun as the name suggests, the series follows different tasks in each episode with creative concepts, celebrity guest appearances followed by hilarious jokes.

In the first episode of the series the contestants had to prepare a cake following exact replicas of fast foods, joined by celebrity panels who are as clueless as the audience to find the real cake among the other fast foods that are kept on the cake stand as imposters. In each episode we get to see 3 different judges which makes the show more interesting, this is not it every contestant of the show also reveals their baking journey and what made them invest their time on the show. The real deal of the series is the delicious mouth-watering cakes, the series is not a baking show so it does not focus much on the exact baking process but the appearance of the cake, and how it can confuse the viewers and the audience.

Is It Cake? Season 2 Cast

There’s a possibility that Mikey Day might reprise his role as the host of the show, joined by various new talented cake artists and celebrity judges that surprised the viewers with their appearance in season 1 we might get to see the same pattern in season 2.

Where To Watch Is It Cake?

The series is exclusively streaming on Netflix.