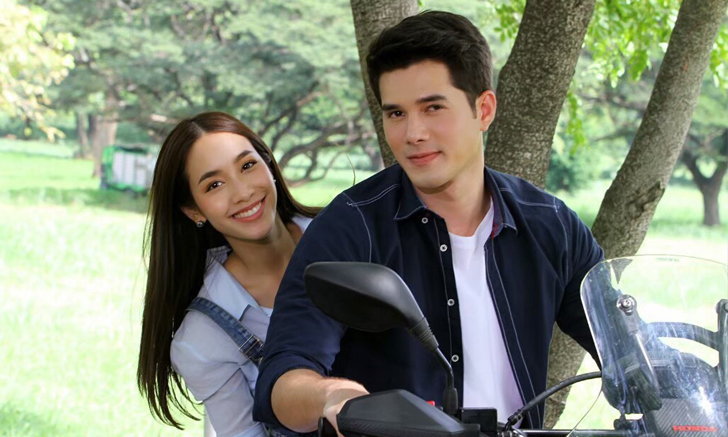 Sapai import is a Thai romantic, comedy television series, that aired on Channel 7 on Jan 28, 2020. Which stars Mik Thongraya and Min Peechaya Wattanamontree as main leads. The story revolves around Lisa and Don, Lisa’s life takes a different turn when both of them get into a fake marriage contract relationship for 6 months just to fulfill their personal gains.
Sapai Import is a fun rom-com drama, you can’t stop laughing while watching it. The drama has extremely good chemistry between the main leads, along with a funny but also smart female lead, without the existence of an evil mother-in-law this drama is highly likable.

Fans have been looking forward to season 2 for two years, but unfortunately, Channel 7 has decided to discontinue the series therefore the series has been canceled by the channel and there’s no possibility for its renewal for season 2.

The series opens with Lisa dancing in a club, she announces that she’s done with grad school and she has finally received her master’s degree. She tells everyone that the drinks are on her when she tries to pay with a credit card the cashier tells her that none of her cards is working and then she decides to pay with cash but she barely has the actual amount to pay. She’s dumbfounded as to why her cards are not working, she receives a call from her dad.
Then we get to see Don for the very first time, the entire family sits together to read the grandfather’s will, in which he had stated that Don needs to get married and have a child within the same year to receive his grandfather’s inheritance. Don’s aunt objects to the will, she states that it’s unfair to his two sons. All of them get into a family drama over the will. Lisa gets back to Thailand and learns about her father’s bankruptcy. She promises her parents that she’ll find a way to repay the debt.

Don enters a club with his sister, Don doesn’t want to join her but she insists that he should. Don asks her if she’s setting him up on a blind date at his mother’s request, she answers that there’s no way she would do that. She teases her brother by saying she knows her brother is not interested in girls, Don says it’s not true, she says she was just kidding he’s getting too serious about it. Rins friend joins them, it turns out that rin has actually set him up on a blind date.

Where To Watch Sapai Import?

Unfortunately, the drama is not available on any of the streaming platforms yet, it was previously available on channel 7’s official YouTube channel but for unknown reasons the drama has been taken down from their official channel. Short clips from the series are still available on their Channel you can check that out.

MUST READ: JOE VS CAROLE SEASON 2 RELEASE DATE HAS NOT BEEN ANNOUNCED YET!