The best part of some films and stories is the questions they leave in the minds of their viewers. They keep audiences on edge and make them want to watch the movie again and again. Perhaps this is why open ending and suspense films have high repeat watch value. Breaking Bad is a movie that has managed to keep viewers hanging with its suspenseful stories. The 2008 crime show has five seasons and with every new season, the fandom keeps increasing. The show has been created by Vince Gilligan and ended with a question of whether or not did Saul Goodman died in the end. The show has a total number of 62 episodes. Each episode of the show has a runtime of around 43 to 60 minutes. The executive producers of the show are Vince Gilligan, Mark Johnson, and Michelle MacLaren.

Saul Goodman first appeared in the 2009 season of the show. Saul Goodman is the business name of James Morgan McGill. He is the titular character of the spin-off prequel series of Breaking Bad called Better Call Saul. Saul is a lawyer based in Albuquerque, New Mexico. As someone who has been a former scam artist Goodman becomes a criminal lawyer thus getting involved in the criminal world of the city. Saul is referred by various aliases including The Lawyer, Gene Takavic, Jeffrey Steele, Charlie Hustle, Kevin Costner, and Mr. Cumpston. Saul Goodman is depicted as an Irish American.

The makers have talked about their initial plans of killing Saul Goodman. They considered it for a good while but later decided against it. Saul is one of the most loved characters on the show and was almost killed in the show. However, he did not die. Even though killing them wouldn’t have affected the storyline as the makers are anyway delving into prequels but still the makers chose not to kill him. Saul only runs away so as to protect his life and not get arrested. He doesn’t die.

The story of Breaking Bad follows a forbearing chemistry teacher named Walter White. White goes through a transformation and becomes a player in the methamphetamine drug trade. He has an inherent desire to financially provide for his family. However, circumstances take a turn when this hardworking teacher turned illegal trader is diagnosed with terminal lung cancer. One of his former students named Jesse also joins him in this trade. However, this doesn’t continue for long and trouble looms near White when he finds himself facing issues due to his trade.

After the show became available for streaming on Netflix, the show became even more popular amongst the masses. Due to the positively increasing performance of the series, new seasons keep on coming. The series has also been given various awards and recognitions. It has also been entered the Guinness Book of World Records.

Breaking Bad can be streamed on Netflix. It was originally broadcast on AMC. 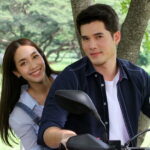 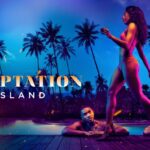