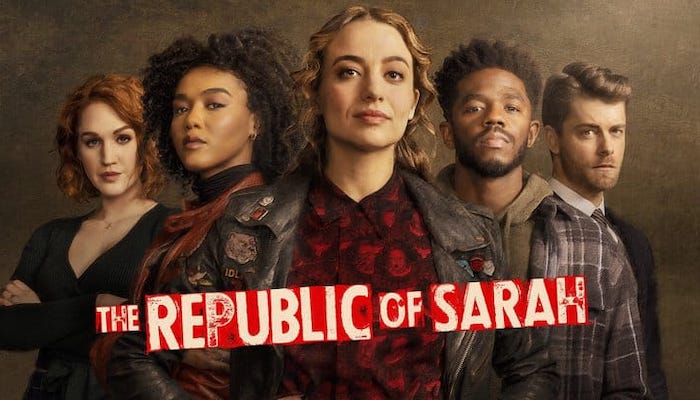 The brainchild of Jeffrey Paul King, The Republic of Sarah is a drama TV series that ran for a very short time. The first season of this American TV series premiered on The CW on June 14, 2021. After a total of thirteen episodes, the season concluded on September 6, 2021.

The premise of the shop is that an enormous vein of a valuable mineral is found under the town of Greylock, New Hampshire. This causes a mining company to set their sights on the town to come in and turn it into a big mining project, but a few citizens of the town, led by a high school teacher, put up a formidable fight to keep their town as it is.

Though most people initially thought the show would be renewed, Jeffrey Paul King announced that The Republic of Sarah has been canceled via social media prior to the airing of the thirteenth episode, which makes it not only the season finale but also the series finale.

Post the finale and to date, no announcement has been made about any possible comeback of the show or even the series being picked up by another network. So, it is safe to say that was the end of what could have been something of a decent drama series.

ALSO READ: MARRIED TO REAL ESTATE SEASON 2 RELEASE DATE IS NOT CONFIRMED YET!

The Republic Of Sarah Season 2 Story

A lack of story was probably one of the reasons this series was called off. The potential for content is there but it must be done extremely well to make a comeback from the lower rating that season 1 received. Since the town is basically an independent nation starting from scratch, they can focus on how Greylock establishes itself.

They did a bit of figuring things out in season 1 but that is nowhere close to what is needed to run an independent nation. They would need to establish a solid and stable government and election procedure, they would need to stabilize the income, have relationships with neighboring countries for trade, they would possibly need a military or at the very least, a decent size police force. These are just the beginning and season 2 could show how they do that, and obtain proper sources of power, water, food, and medical and educational facilities. There would also be obstacles as they do this including from outsiders, so if planned well, this would have been the premise of season 2.

The Republic Of Sarah Season 1 Recap

The plot begins with a large vein of Coltan being discovered under the tranquil town of Greylock, New Hampshire. Coltan happens to be a very valuable mineral and attracts the attention of a mining company that wants to come in and extract the mineral. This would drastically disrupt the lives of the citizens of Greylock and it does not help that this mining company is backed by the state. Not willing to let their homes be taken away, high school teacher Sarah Cooper takes a stand against the company. Backed by friends and family, Sarah comes up with an unorthodox plan to save their town: there was a loophole in the maps when the official territories were marked, leaving Greylock unclaimed by the United States. They win the vote and become independent but that starts them on a new path of building a nation from the ground up.

The season covers the numerous problems Sarah and her group face in establishing Greylock. This includes their power being shut off, their borders being closed by the state, a need for their own currency and a representative government, immigration policies, an unexpected snowstorm, and flood threats from melting snow. They have to find alternate ideas and get creative to tackle these problems as they lack manpower, resources, and proper equipment.

At the same time, the show also shows the personal lives of the main characters, their relationships with each other, and how it changes as the story progresses.

The Republic Of Sarah Season 2 Cast

The cast is as follows:- Stella Baker as Sarah Cooper, Luke Mitchell as Danny Cooper (Sarah’s older brother), Hope Lauren as Corinne Dearborn (Sarah’s best friend and Danny’s ex-fiancee), Nia Holloway as Amy Johnson and Ian Duff as Grover Sims, both of whom are Sarah’s friends.

Where To Watch The Republic Of Sarah?

Season 1 of The Republic of Sarah is available to stream on the subscription platform Voot. 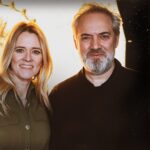 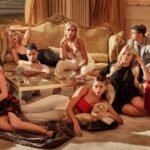