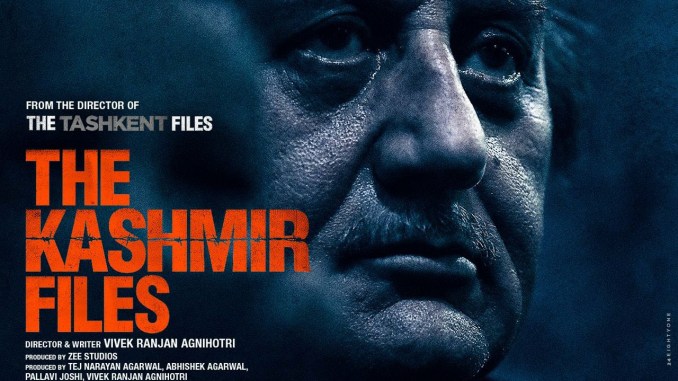 The film is co-produced by Zee Studios and Abhishek Agarwal Arts and has a total runtime of 170 minutes. The music score is done by Rohit Sharma and songs by Swapnil Bandodkar. The Kashmir Files made 3.55 crore INR at the domestic box office on the day of its release.

Is The Kashmir Files A True Story?

In short, yes. The genocide of the Kashmiri Pandits was so grim and tragic that even now it forms a lump in people’s throats and brings a tear to their eyes to talk about it. Agnihotri first announced the film in August 2019 saying it would be an honest look at the tragic event. And it was. The amount of research that was put into this film is immense. The director says he interviewed over 700 emigrants from the exodus who happen to be first-generation victims and wrote down their stories for two years. He then wrote and completed the script while stationed at a confidential location in the Himalayas. The Kashmir Files is an eye-opening display of the exodus that made many families refugees overnight and some, to this day, have not been able to return to their homes.

The film also depicts the brutality and violence carried out against those who stayed, including men, women, and children. The occupants either had to convert, leave or die. It also depicts the Nadimarg massacre where 24 Pandits were mercilessly killed by militants.

The film even had to go through some legal hassle before it was released. The Kashmir Files has got massive response, reviews, and reactions from audiences everywhere as it is not just any other Bollywood movie, but the harsh truth of the occurrences in Kashmir.

The Kashmir Files currently holds a rating of 10/10 on IMDb by responses from about 30k people. Chaiti Narula of India Today gave the film 4 out of 5 stars.

Initially set to release worldwide on 26 January 2022 to coincide with India’s Republic Day, the release of The Kashmir Files was postponed due to the Omicron variant. This Hindi-language drama film was finally released on 11 March 2022. The film, which is directed by Vivek Agnihotri and co-written by him along with Saurabh M Pandey has been declared tax-free in the states of Madhya Pradesh and Haryana. It was released on over 630 screens on its opening day.

This film tells the heart-wrenching story of the genocide and exodus of the Kashmiri Pandits in the 1990s. The movie revolves around the protagonist, Krishna Pandit, a young student and grandson of Pushkar Nath Pandit, who was a teacher in Srinagar during the brutal killings. Though initially influenced by the brainwashing of Professor Radhika Menon, Krishna learns the truth of what happened 30 years prior. Krishna returns to his grandfather’s hometown of Srinagar with his ashes in hand and there, through his grandfather’s closest friends (Brahma Dutt IAS, DGP Hari Narain, and Vishnu Ram), he learns the reality of what happened 30 years earlier. This includes the brutal killing of his father post which his grandfather had to rescue him as an infant. Krishna is then left in anguish and faces some hard truths.

Where To Watch The Kashmir Files?

The film is not available on any streaming platforms as of now but is playing on screens all over India. There is a possibility of it being made available on certain platforms later this year.

RELATED ARTICLE: IS THE SKY IS EVERYWHERE BASED ON A TRUE STORY? KNOW HERE!