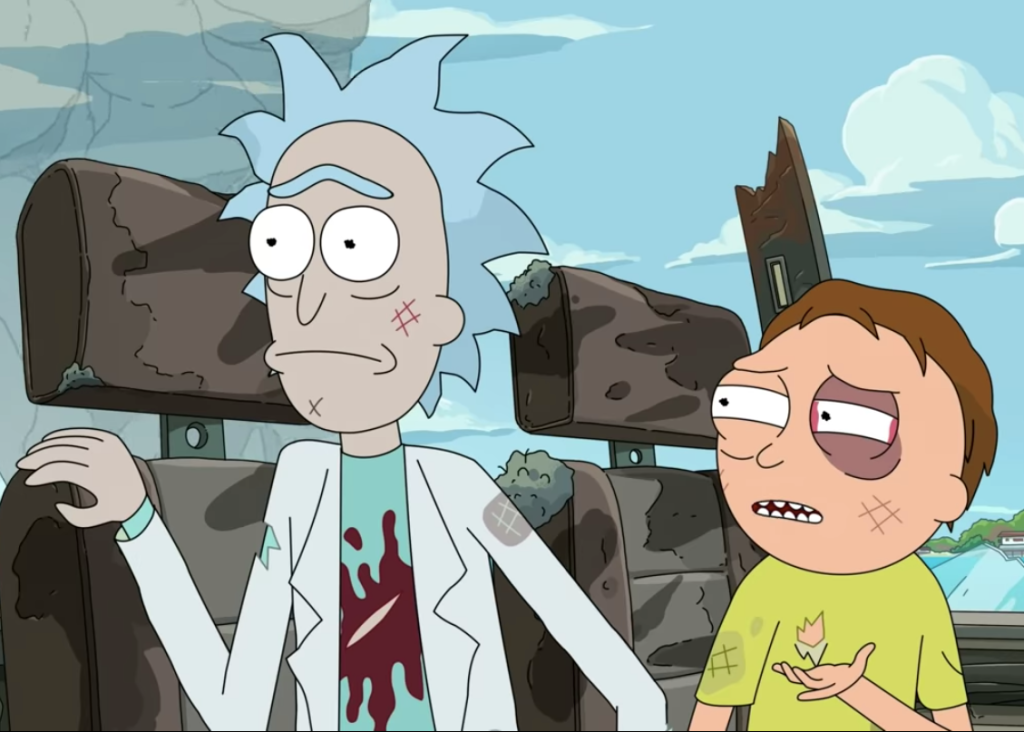 Rick and Morty is an Animated American science fiction series created by Justin Roiland and Dan Harmon which first premiered on December 2, 2013. Rick and Morty present a metaphysical experience with the passage of time and space. The series unfolds the adventure of mad scientist Rick Sanchez and his teenage grandson Morty Smith. Since its debut the series has gained enormous popularity all around the world, Rick and Morty is Packed with wacky fart jokes, burlesque elements, and dark humor, it gives you hints on how to deal with the fallen reality of the Rick and Morty world. Rick and Morty is a must-watch to enjoy dark humor sitcoms like family guy and Simpsons. The series is loved by gen-z for its unique plot and interesting characters, Rick and Morty tackle big questions and reveal the existential crisis of its characters.

Everyone is curious to know more about Rick’s death, to answer your question in short, no Rick is not dead. Episode 10, the last episode of season 5, confirms Rick’s tragic background and claims that the Rick we’ve been following so far is actually the Rick C-137. At the premiere of the third season, we saw that Rick killed his wife Diane and daughter Beth by the Galactic Federation. By the evil Rick. At first, we were led to believe this memory was fake, but the fifth season finale confirms exactly what happened.

We also learn that Rick, who lost his wife and daughter, went down the path of war, and he hunted down all versions of Rick in an alternate universe to kill the evil Rick. He spent years killing various Ricks until several alternate versions convince him to negotiate a truce. This armistice created The Citadel, with Rick C-137 as a founding member.

It is not explicitly explained why Rick agreed to create Citadel despite his apparent disdain for other versions of himself. Citadel’s plans to create the Central Finite Curve may have made Rick aware of the impact Morty had on his life. So Rick agrees to a truce so that he can take the place of his deceased daughter’s family. In a broader sense, Rick’s collaboration with Morty is an act of salvation for the genius scientist.

A question that has been lingering in the minds of the program scene and fandom for a long time has finally been answered in the season 5 finale. Prior to this, fan rumors were popular that Evil Morty/President Morty was a C-137 dimension Morty. At some point he became a rogue and decided to turn on the Rick C-137 to find another Morty. In the season 5 finale, Chairman Morty exclaimed that Rick’s boredom is what makes Morty evil.

However, confirmation of Rick’s backstory discredits this

particular fan theory. Chairman Morty is not a Morty C-137. As we already know, Beth of the Rick C-137 was murdered when she was young. Therefore, she did not marry Jerry and did not have Morty. As a result, the Morty C-137 does not exist at all. This also explains why Rick C-137 behaves more independently compared to other Ricks we’ve seen. He is co-dependent on Morty, but in a completely different way.

The Morty version we’ve seen so far to accompany the Rick C-137 brings some positive changes to Rick, although he tends to get bored of it at times. Therefore, Morty is not as evil as President Morty asserts. This version of Morty was unaware that he was not of the same dimension as Rick. Now that Morty knows the truth, it remains to be seen how that will affect Rick and Morty’s relationship.

The series mainly focuses on the adventures of Rick and Morty (Rick’s grandson), but we also get to know the other characters equally well. The backstory includes Rick’s daughter Beth, son-in-law Jerry, and Rick’s granddaughter Summer. These little characters give us a better glimpse of what a traditional home is like, and the ups and downs of family relationships in the interactions between parents and children, and between husbands and wives. We also get to watch teen dramas, their anxiety and confusion. For example, Morty is too shy to talk to the woman he likes and Summer is uneasy about her appearance. In short, the Smiths are just another nuclear family with one exception. They have Rick Sanchez, the most intelligent mad scientist on Earth as well as in space.

Where to Watch Rick And Morty?

Rick and Morty season 5 is now streaming on Netflix.

ALSO READ: ALL WE NEED TO KNOW ABOUT OUT OF LOVE SEASON 2 RELEASE DATE!